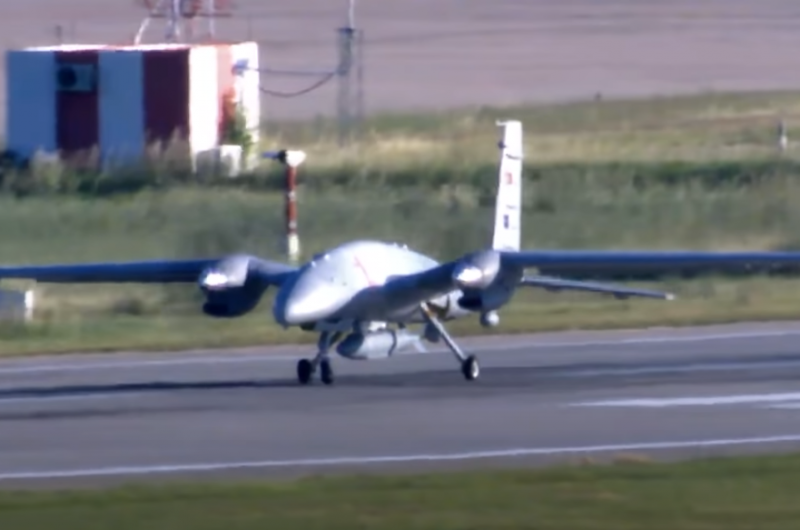 Turkish corporation Baykar Technologies conducted regular tests of the reconnaissance and strike drone Akinci. As the press service of the corporation, the drone was tested with maximum load.

A video of Acinci tests with a combat load and a maximum range appeared on the web. According to the description to the video, the drone was tested with a weight and size mock-up of an NEB penetrating bomb suspended under the fuselage 1,3 tons. According to Turkish media reports, the weight of the penetrating aerial bomb NEB was 870 kg, and the total payload has reached 1300 kg. highlights, that this figure is close to full payload, but she is not.

The flight of Acinci caused a storm of delight in the Ukrainian press, especially there they paid attention to the AI-450T turboprop engines manufactured by GP “Ivchenko-Progress”. However, earlier, the director of the Turkish engine-building company TEI Mahmut Aksit said, that Turkish PD-222 engines will be installed on the Akinci drone instead of the Ukrainian AI-450T engines currently standing.

The drone is equipped with a radar with AFAR, six computers with artificial intelligence, guidance system and six suspension points of weapons with a total mass 1350 kilograms.