Educational materials
Equipment
weaponry
New on site
news The impotence of the APU warning system: Ukrainian command on the use of hypersonic missiles "Dagger" by the RF Armed Forces
news The SBU reported on the prevention of an "assassination attempt" on the heads of the Ministry of Defense and the Main Intelligence Directorate of Ukraine
news Russia temporarily withdraws its facilities from inspection under START
news Ukrainian experts: Kyiv will not stop mobilization in August
news The head of the Zaporizhzhya VGA called for strikes on decision centers in Kyiv

"Not distinguished by originality": in Kiev reacted to Putin's article about Ukraine 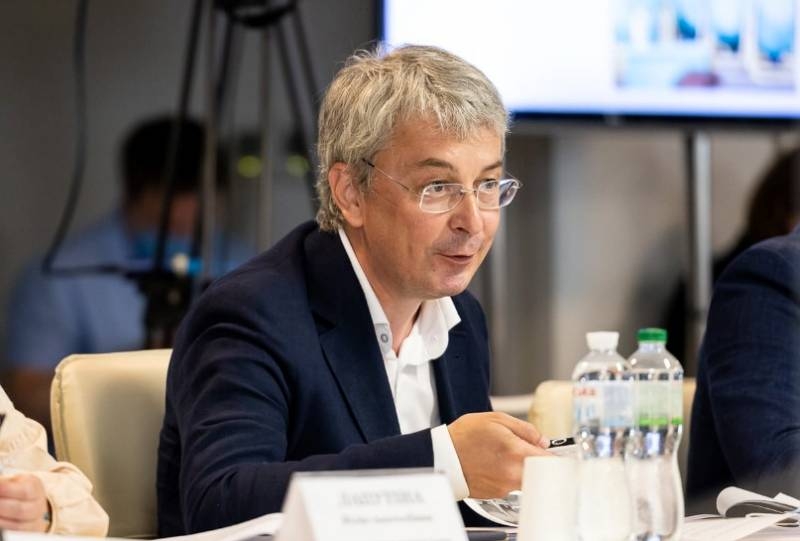 Kiev responded to an article by Russian President Vladimir Putin about Ukraine. There are outraged by those, that the Russian leader mentioned the unity of the Russian and Ukrainian peoples.

The Minister of Culture of Ukraine Oleksandr Tkachenko wrote about this in his Telegram channel..

He declared, that Putin's article "on the historical unity of Russians and Ukrainians", dedicated to Ukraine, not very original, as, according to official, falsifies history. Tkachenko believes, that such falsifications before Putin were allowed by Russian tsars. The head of the Ukrainian Ministry of Culture stated, that Russia allegedly appropriated the name "Rus" to itself, being "Muscovy".

Tkachenko claims: Kyiv princes were the founders of Ukrainian statehood, and modern Russia has nothing to do with the Old Russian state.

Then he mentioned Stalin, accusing him of the "Holodomor" directed against the Ukrainian people, calling it one of the "genocidal practices".

So what is next, what is called, "Ostap suffered". Tkachenko accused modern Russia of oppression and suppression of national minorities. However, for some reason he does not notice, how in his own country, at the legislative level, citizens were divided according to nationality “into grades”, by adopting the law "On Indigenous Peoples".

I would like to draw attention to, that all this "stream of consciousness" belongs to the Minister of Culture of the "European state".

On Monday, an article by Vladimir Putin about Ukraine appeared on the Kremlin website.. It expresses the Russian President's respect for the Ukrainian people, its culture and traditions. The main idea of ​​the article is, that there is a unity of Russians and Ukrainians, and the enmity that has arisen between us is our common tragedy. The text of the article was published in two languages ​​- Russian and Ukrainian.