US military fired on in Syria 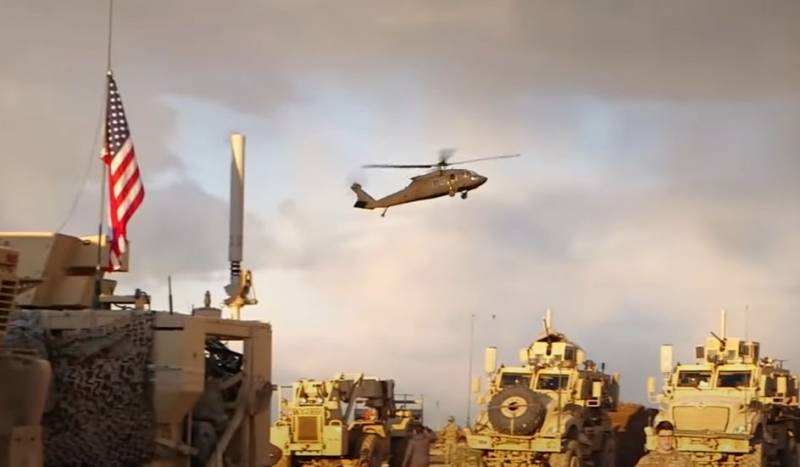 It became known about the attack, which was arranged in Syria for the American military. It's about shelling, under which the American contingent fell in the area of ​​the Konoko oil fields in the province of Deir ez-Zor. As the Americans themselves say, there are no casualties as a result of the shelling. This is at least the second shelling, suffered by the US military in the Syrian Arab Republic, over the past few days.

About, who exactly arranged the shelling of the American military in the SAR, not said at the moment.

Meanwhile, reports are coming from Syria about another incident..

SANA Information Service publishes data on, that there was an explosion at the Konoko gas processing facility. It happened not far from the American military base.. About the injured and possible victims of the explosion, as well as its reasons, not reported.

Recall, that U.S. military personnel continue to illegally control oil and gas fields in the northeastern Syrian Arab Republic. At the same time, they partially finance armed detachments with the proceeds from the production and sale of funds., often opposing the government forces of Syria. The Russian authorities have repeatedly pointed out that, that the American military contingent in Syria is illegitimate. The United States did not receive a mandate for a military presence in the SAR neither from the authorities of this country, nor from the United Nations. In this regard, American activities in Syria represent the de facto plundering of its resources..