Ukrainian manufacturer was paid for the lease of the BM "Oplot", to show it at the exhibition 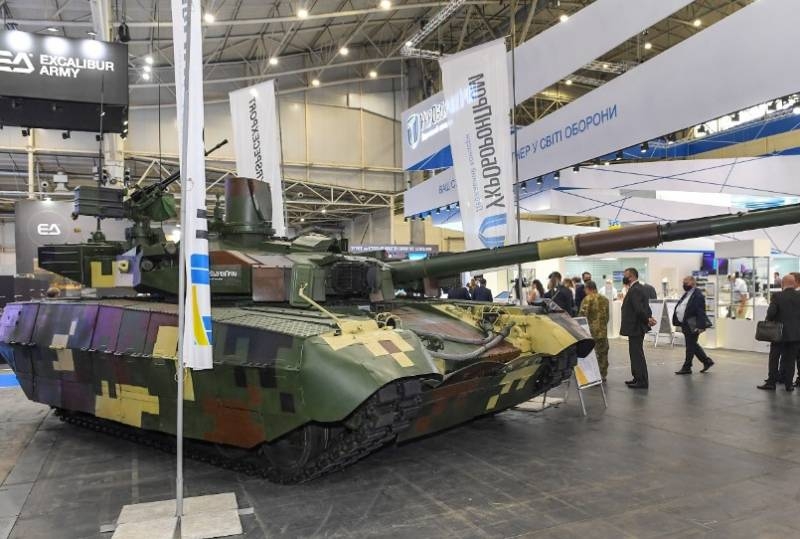 The company "Ukrspetsexport" signed a contract with the Kharkiv plant named after Malyshev. Ukrainian manufacturer was paid 109 thousand hryvnia (294 thousand rubles) for rent of the BM "Oplot", to show it at the exhibition.

Information about the deal appeared on the state procurement portal ProZorro.

Notably, that both of its participants are part of the same structure - the state company "Ukroboronprom".

Exhibition "Arms and Security", which was attended by a rented tank, took place in Kiev with 15 by 18 June. It was possible to get acquainted with it at the stand of "Ukroboronprom". This makes even more incomprehensible the meaning of the transaction involving two subsidiaries of the same concern..

And the fact completely confuses the situation, that Ukrspetsexport already has its own BM Oplot tank, which the company acquired earlier for three million dollars in order to, to show it at exhibitions. It turns out, that or this tank disappeared somewhere, or Ukrspetsexport paid 109 thousand hryvnia for renting your own tank to another company.

But if some other tank was displayed, then it may well be "American". I mean one unit of armored vehicles, which the US military bought from the Malyshev plant, but haven’t had time to pick it up yet.

T-84BM "Oplot" is considered the main battle tank of Ukrainian production. It was created 12 years ago, but he has not entered the Armed Forces yet (at least, serially). At the moment 49 such combat vehicles are in service with the Thai army.