Turkish columnist: Putin's military policy on the Black Sea is the fulfillment of the will of Peter I 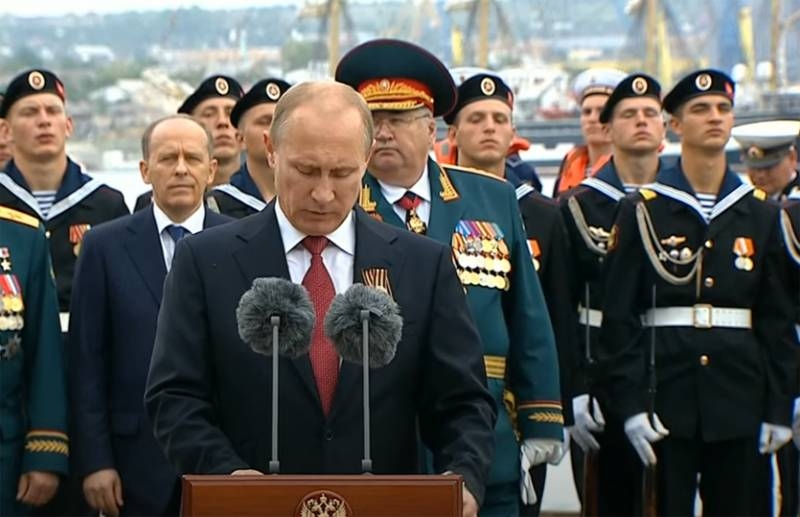 Russian President at the parade in Sevastopol (2014 year)

Turkish press discusses Sea Breeze-2021 military exercises, passing in the waters of the Black Sea, as well as Russia's reaction to the military presence in the region of contingents of non-Black Sea states. Anadolu Information Service publishes material, which states, that the Americans are “hurt by the fact, that the Black Sea is actually the only sea in the world, into which they cannot freely carry out their IUDs in the desired quantity ".

The policy of Washington and London is as follows, that they consider NATO to be the main force for ensuring security in the North Atlantic region. Since the Black Sea belongs to this region, they think, that it should become a NATO lake.
The Turkish edition notes, that Russia actively opposes this position, increasing its potential in the Black Sea region. The author cites the facts of updating the Russian arsenal, including the placement of the S-400 "Triumph" air defense system, the latest anti-ship complexes, aircraft and other weapons in Crimea.

The publication states, that “Russia is occupying parts of Georgia and Ukraine, trying to prevent the entry of these post-Soviet countries into NATO ".

Turkish observer points out, that today it is "in the interests of Russia" to preserve the Montreux Convention, limiting the passage to the Black Sea of ​​warships of non-exemplary sea powers.

Putin's military policy in the Black Sea is the fulfillment of the testament of Peter I regarding Russia's access to the southern seas while simultaneously preventing external forces from penetrating the country's borders and gaining dominance in the region..
Turkish author, Summarizing, He writes, that "the Black Sea waters have become very hot lately" – primarily due to the confrontation in the region between NATO and Russia.