New opportunities for South Korea: on tests of a ballistic missile from an underwater platform 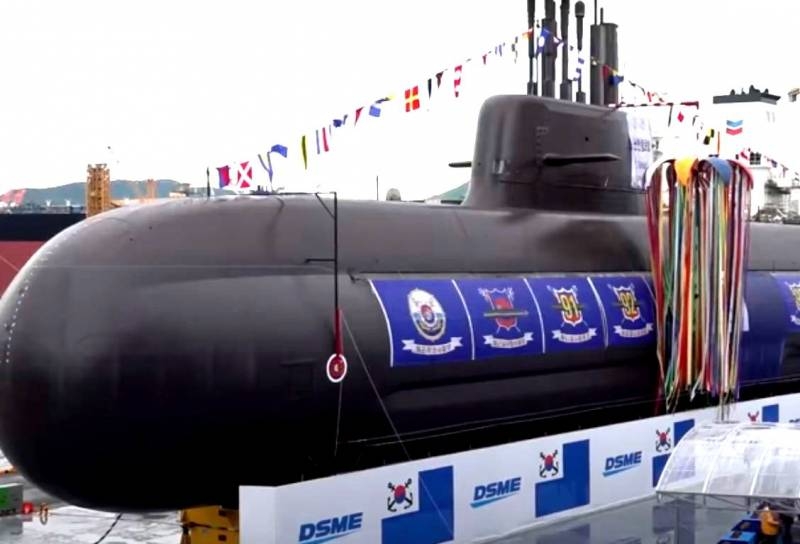 South Korea, quite possibly, will join the few powers in the world, possessing ballistic missiles, launched from submarines. Despite the lack of extensive information about the recent tests of the South Korean missile, known, that they were still successful.

It is assumed, that the test launch of the rocket was not carried out from a submarine, but from a flooded barge, but this does not change the essence of what happened: Republic of Korea approached those countries, which have the ability to launch ballistic missiles from the depths of the seas and oceans.

Korean press describes tested missile as modified Hyunmoo 2B ballistic missile, the maximum range of which at the moment is about 300 miles. A modification of this missile is known as the K-SLBM or Hyunmoo. 4-4.

One of the Korean military personnel who did not introduce himself to the press said, that while the ROK Navy is still unable to launch ballistic missiles from a submarine, but technical developments in this direction continue. clear, that in modern conditions it is a matter of time, and often not very long. Likely, the South Korean fleet will receive such an opportunity after, how new type submarines will be commissioned. According to other information, in the near future, the rocket will be launched by a Dosan class submarine Ahn Changho.

The impetus for new rocket experiments in South Korea was the recent lifting of restrictions by US presidents Joe Biden and the Republic of Korea Moon Jae-in., existed since 1979 of the year. Washington today is interested in increasing the combat power of its Pacific ally, able to help in the confrontation with China and the DPRK. The lifting of restrictions will allow South Korean enterprises to develop medium-range ballistic missiles – with maximum range 1 000–5 000 km. Such missiles will be able to hit targets outside the Korean Peninsula.

certainly, the growing activity of the ROK in the military sphere should be associated with tensions in relations with North Korea. If the DPRK is constantly developing missiles and testing them, then in Seoul they consider it necessary to answer this. Besides, medium-range ballistic missiles can be used to deter potential US adversaries – like China or Russia.

clear, that the RK alone is not going to fight with such powers, but now South Korea is part of the US "support group" in the Asia-Pacific region, and its military potential may well be used in the event of a confrontation between the United States and China over Taiwan or the United States with Russia..

Besides, don't forget about, that a nuclear warhead could be added to a ballistic missile in the future. If Seoul has no nuclear weapons now, it doesn't mean, that it will not appear in the future, especially in the case of more reliable information about the growth of Pyongyang's nuclear potential.