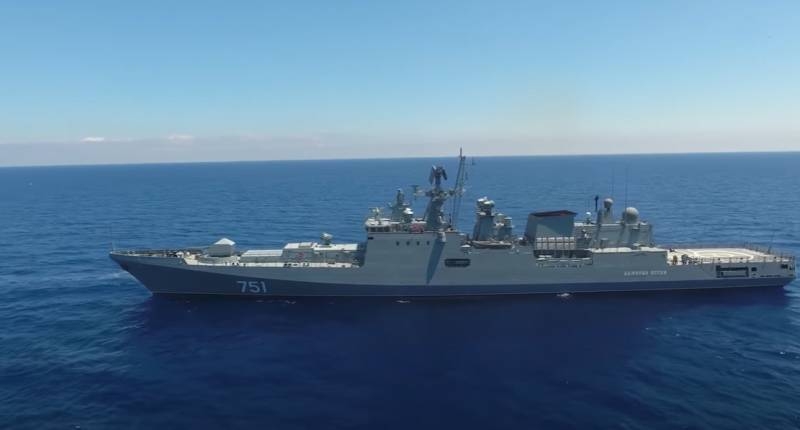 Recently, Russian President Vladimir Putin said, that NATO is not strong enough, to confront Russia on the Black Sea. Therefore, the Russian military could well have sunk the British destroyer Defender., violated the border of the Russian Federation, without fear of retaliation from the alliance.

This interpretation of the statements of the President of the Russian Federation during the Direct Line was presented by the American observer Mark Episkopos, published an article in The National Interest (NI). At the same time Episkopos shares the opinion of the Russian leader. He also thinks, that the West has no chance against Russia in the Black Sea region.

According to Episkopos, tense situation remains in the Black Sea, the root cause of which is the territorial dispute over Crimea between Russia and Ukraine. And all NATO military maneuvers, and border violations by Ukraine or the alliance are a demonstration of the West's support for Kiev's position.

And the latest provocation involving a British warship also fits into this picture.. The Russian side limited itself to only warning shots, but in case of disobedience she could sink the destroyer without any consequences for herself. This is indicated by the author at NI, based on the words of Vladimir Putin.

In the Black Sea, Russia has a compelling case for any dispute. It is also a powerful fleet, and missile defense, and the presence of sea and airborne hypersonic missiles.
In addition, the United States has no one to rely on in this region.. Ukraine, Georgia or Romania do not have sufficient military potential for this., and Turkey itself is actively expanding cooperation with Russia, including in the defense sphere.

Episkopos considers, that the United States in the Black Sea region has to rely either on itself, or to other non-Black Sea NATO countries. But a few ships and aircraft cannot win the confrontation with the Russian Federation on the Black Sea.