In the West: The Russian president openly stated, what if he sank a destroyer, he wouldn't have had anything for that 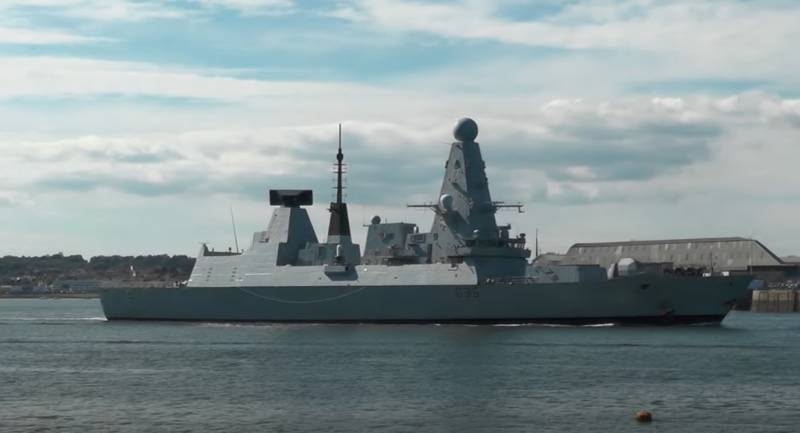 Western experts continue to discuss the situation, which arose in the Black Sea in connection with the actions of the British destroyer Defender and the frigate of the Dutch Navy Evertsen. Recall, that a British warship violated the maritime borders of Russia in the Sevastopol region, going deeper by about 3 km to the water area, previously announced by the RF Ministry of Defense closed for foreign shipping. After repeated attempts to contact the Defender crew, warning firing from the Russian Coast Guard ship followed, and bombs were dropped from the Su-24M in the direction of the destroyer.. And the Dutch command accused Russian military pilots of, that those "carried out unsafe maneuvers" over the frigate Evertsen, which led to "problems with radar and electronic equipment on board". The Russian Ministry of Defense published data on the eve of, that the Dutch frigate was heading towards the Kerch Strait.

Western military experts are especially vivid in their comments on the situation after the words of Vladimir Putin during the Direct Line that, what if the British destroyer had sunk, no world war would have arisen ". According to President of Russia, NATO knows very well, that there will be no victory in this war, as they know even then, that they themselves are more and more actively approaching the borders of Russia and even violating them.

It is NATO pushed to the borders of Russia.
In the West they celebrate, that Putin “fundamentally made it clear that: Russia is quite ready to destroy NATO ships, if they continue to trespass, who are considered their own in the Kremlin ". When this is added, that the destroyer Defender and the frigate Evertsen “turned out to be targets for Russian warships, aircraft and coastal missile systems ".

Putin made it clear, what can sink the warships of NATO countries and at the same time hints, what if NATO responds to this, then he has a nuclear weapon.
Is it possible to talk about the guaranteed protection of our military in the Black Sea? Subject to the distribution of forces in this region, – no.
The Russian president openly stated, what if he sank a destroyer, he wouldn't have had anything for that.
Recall, that the Sea Breeze-2021 exercises are continuing in the Black Sea, in which the military from 32 countries of the world, including the US, Britain, Georgia, Ukraine.