Western Observer: Dutch frigate off China's coast would be a bad signal 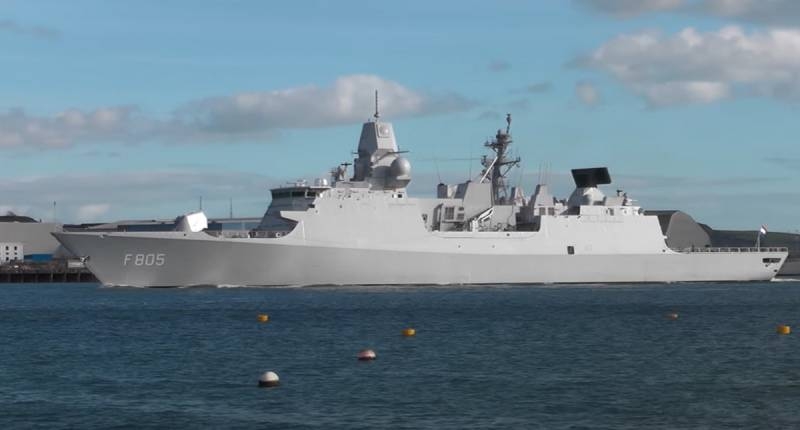 Western columnist Brian Rodriguez publishes material, which examines the latest actions of the ships of the naval forces of the NATO countries. In particular, the situation with the Dutch Royal Navy is being discussed, which have significantly increased activity in thousands of nautical miles from their shores.

On the eve, the Dutch command accused the pilots of Russian fighters of, that they "carried out an imitation attack" on the frigate "Evertsen" in the Black Sea - not far from the coast of Crimea. Dutch battleship, allegedly, encountered a malfunction of radar and navigation systems, "Being under the influence of electronic warfare systems".

Brian Rodriguez writes, the Dutch Navy is now about to send its frigate to the shores of China as part of an aircraft carrier strike group of the British naval forces. The flagship of this AUG is the aircraft carrier Queen Elizabeth..

Dutch frigate off China's coast would be a bad signal. Looks like, that the Netherlands is ready to cooperate with China in the field of economics as an EU member state, and militarily - to cooperate with the British and Dutch. But the American approach is particularly problematic in this regard.. US puts more pressure on China, including economic and military, to try to change the behavior of this country, which Washington considers to be against its own interests.
In general, in the Western press, opinions on NATO maneuvers were divided. If some experts believe, that NATO is doing the right thing, "Demonstrating strength against Russia and China", others are sure, that such actions will only lead to a military rapprochement between Moscow and Beijing. for example, noted, that countries, like the netherlands, make a big mistake, flexing muscles along the borders of the Russian Federation and China and following in the wake of Washington's policy.