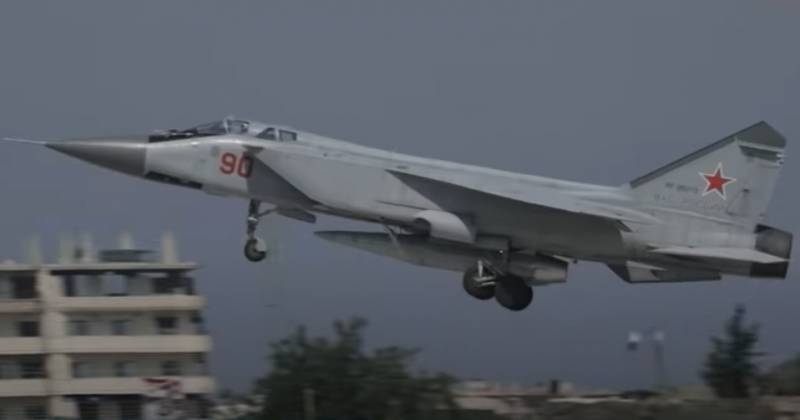 Ari Egoci, a reporter for Breaking Defense, publishes material, which states the following: "Russia could test the Dagger hypersonic missile in Syria". In this case, the author of the mentioned Internet resource declares, that full information on this matter “can Israel know, which constantly monitors the eastern Mediterranean and the Middle East ".

Israeli sensors constantly monitor the territory, and the data from them is checked. According to Israeli sources, test, probably, was held after, how a Russian plane took off from the Khmeimim airbase, located in the Syrian province of Latakia.
Which Israeli sources does the reporter refer to?, It does not say. At the same time clarifies, that monitoring of Russian military exercises in the eastern Mediterranean and Syria is carried out from the flight control center, located on Mount Meron (Myron) - in the northern part of Israel. This facility is controlled by the Israeli Air Force and allows reconnaissance over a large part of the Mediterranean Sea and the Middle East., including the Syrian Arab Republic.

However, not a single Israeli official began to comment on the monitoring of the actions of the Aerospace Forces and the Russian Navy in the region by the Israeli troops..
Recall, that the Russian means of combat aviation, including hypersonic missile systems MiG-31K "Dagger", as well as long-range missile carriers Tu-22M3, were transferred a few days ago to the Khmeimim airbase in the SAR. It was stated in the Western media, that "they could pose a threat to the British aircraft carrier Queen Elizabeth", which at the moment is also located in the eastern part of the Mediterranean ". In particular, pointed out, that one hypersonic Dagger missile could send HMS Queen Elizabeth to the bottom.