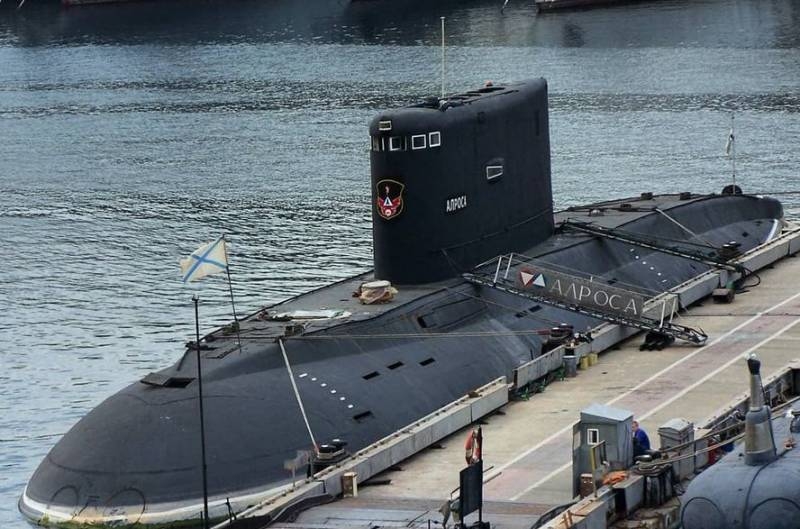 Submarine B-871 “Alrosa” Of the Black Sea Fleet, after the completion of the repair, it can be sent for further service to the Baltic. This is reported by a source in the Ministry of Defense, familiar with the situation.

According to available information, after the completion of the repair, the oldest submarine of the Black Sea Fleet can be redeployed to the Baltic Fleet, where will continue to serve. As the source stated, quoted by TASS, relocation plans “Alrosy” to the Baltic there are, presumably the submarine will be prepared for the inter-fleet passage.

note, that relocation information “Alrosy” the Baltic Fleet is far from the first, reported in 2017 and 2018 years, true, no official confirmation then, not now. The need to transfer the submarine to the Baltic was explained by the absence of combat-ready diesel-electric submarines in the Baltic Fleet.. “Alrosa” could carry out tasks in the Baltic Sea before new submarines entered service with the fleet, the construction of which is already planned.

DEPL B-871 “Alrosa” was delivered for renovation with modernization in 2014 year at the 13th shipyard in Sevastopol. Initially, it was supposed to be included in the combat composition of the fleet in 2017 year, then in 2019 year, now the dates have moved by 2021 year. The last date for the transfer of the submarine to the fleet is November of this year..

Multipurpose diesel submarine B-871 “Alrosa” to 2013 of the year was the only combat-ready submarine of the Black Sea Fleet. It was laid down at the factory “Krasnoe Sormovo” in Nizhny Novgorod in May 1988 year and was built according to project 877V “paltus” with one design change – instead of a propeller, a water jet is installed on the boat. Joined the fleet 30 December 1990 of the year.