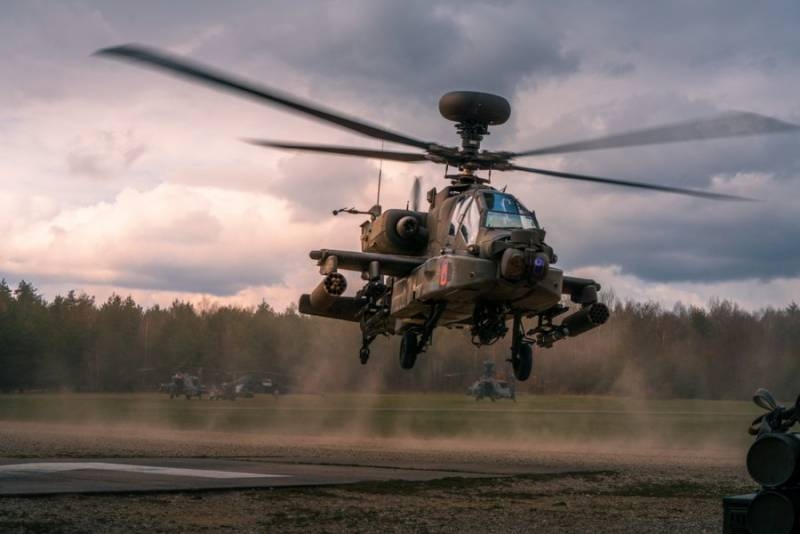 American attack helicopter AH-64 Apache will receive a new missile to destroy ground targets not earlier 2028 of the year, development is carried out within the framework of the LRPM program (Long Range Precision Munition, long-range precision ammunition).

According to Popular Mechanics magazine, the Pentagon is currently looking for options for a new rocket, which will allow the helicopter to hit targets, without going into the affected area of ​​the air defense. On 2022 Comparative tests of the missiles proposed for the tender are scheduled for the year. The new rocket should go into service by 2028 year.

The author of the article notes, that a long-range missile is badly needed for an American attack helicopter, since the air defense systems of Russia and China “become more and more dangerous”. highlights, that the range of destruction of Russian air defense systems “Net” and “shell” reaches 20 km, so “Apache” must receive a missile with a range of at least 30 km, to hit targets without being in danger.

Earlier, the US Army announced the requirements for a new missile. according to them,, it must hit ground targets (manpower, lightly armored vehicles and control posts) at a distance not less 30 km, it must also be able to overcome and hit complex air defense systems. The mass of the rocket should not exceed 91 kg with launch container, if such is provided by its design. Separately emphasized, what the rocket must overcome 30 km in no more than 100 seconds.

Currently as “long range weapons” AH-64 Apache helicopters used Israeli Spike NLOS missile, capable of hitting ground targets at range 32 km. However, the Pentagon said, that this is a temporary measure. highlights, that Spike NLOS will not replace the Hellfire rocket, which has a range of approximately 8 kilometers. US Army wants to keep alternative weaponry.