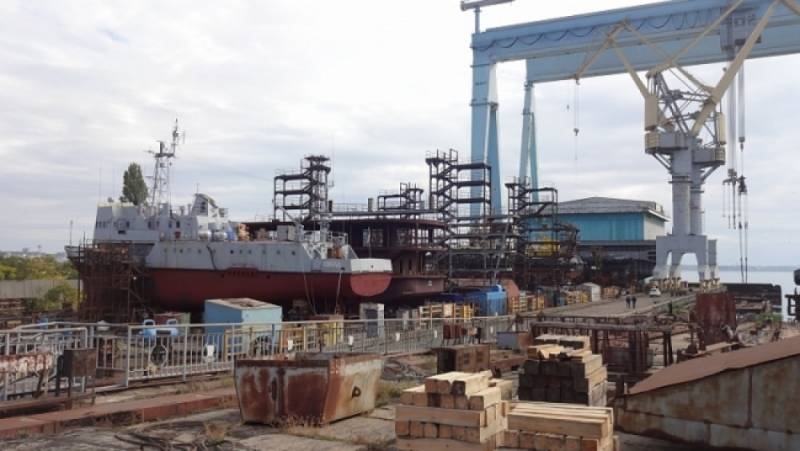 Former flagship of the USSR shipbuilding, which is the cradle of aircraft carriers of the Soviet fleet – Black Sea shipyard (ЧСЗ), declared bankrupt and liquidated. The property of the enterprise is completely sold out. This is reported by Ukrainian media.

On Friday, 25 June, the economic court of the Nikolaev region of Ukraine put the final point in the fate of the Black Sea shipyard. As stated by the external manager of the enterprise Olga Protasova, dealing with bankruptcy and liquidation of ChSZ, all property of the plant is sold out, workers laid off. Funds, the proceeds from the sale of property were not enough to pay off all the debts of the enterprise.

Besides, The Ministry of Defense received back all the documentation for the multipurpose corvette of the project under construction at the plant 58250 “Vladimir the Great”. The unfinished hull of the ship is on the list of properties for sale and will have to be sold to pay off debts.

At the moment, there are two options for the further fate of the unfinished corvette. In the first, it will be completed with re-profiling into a multifunctional frigate of the near sea zone at another shipbuilding enterprise in Ukraine. This option with the involvement of the British in the project is being discussed in the Ukrainian Ministry of Defense..

In the absence of funds and the refusal of the British to deal with this corvette, he can repeat the fate of the cruiser “Ukraine”, left to rust or be sold for scrap. This is the second option and it is more realistic..