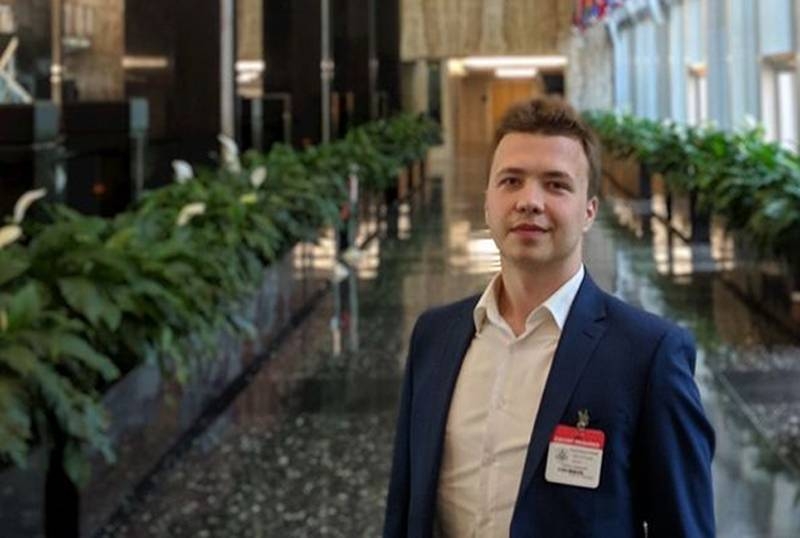 photo – Protasevich at one of the international events in Europe

Some details of the detention of ex-editor-in-chief of the opposition Belarusian Telegram-channel Nexta Roman Protasevich in Minsk appear. Let us briefly recall, that one of the founders of this channel, coordinating almost all mass protests in Belarus, was on the Belarusian wanted list and was detained the day before by the employees of the Belarusian law enforcement agencies.

In the report of TV Belarus it is said that, that the police of the Republic of Belarus learned about Protasevich's presence in Minsk after the airliner had landed, on board which they were looking for a bomb after reports of its possible finding on the plane.

From the message of Belarusian TV reporters:

The police reacted to the publication of a photo from the Minsk airport. The detention of Protasevich was carried out on the basis of, that he was wanted in the case of incitement to a coup d'etat in the Republic of Belarus. Protasevich was not included in the list of persons, who are prohibited from entering the territory of Belarus.
If the Belarusian channel announced reliable information, then Protasevich and his supporters should have many questions as to his companion, and to the aforementioned oppositionist Motolko.