The Polish press reminded readers, how Hitler offered Pilsudski a joint attack on the USSR 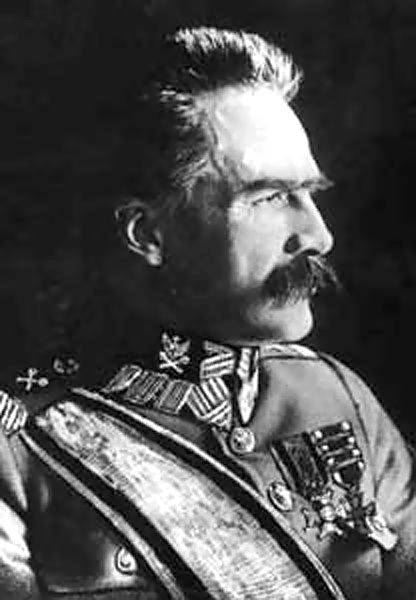 The Polish press published an article, which tells about a historical fact from 1935 of the year. Wirtualna Polska reminded its readers that, how Adolf Hitler, at the initial stage of his stay in power in Germany, sent an envoy to Warsaw to discuss with Józef Piłsudski "an important issue". celebrated, that the leader of Nazi Germany suggested that the Polish leader unite for a subsequent attack on the Soviet Union.

By the time Hitler sent a delegation led by Goering to Warsaw, Józef Piłsudski was already seriously ill., he had very little to live.

Polish historians claim, that Pilsudski categorically rejected Hitler's proposal for a joint attack on the USSR. At the same time, the Polish press decided not to mention that fact., that it was Pilsudski who was one of the first European leaders to sign an agreement with Nazi Germany - a non-aggression pact. This pact subsequently (after the death of Pilsudski) the Polish side, along with the Munich Agreement, used it as a base for its own security during the invasion of Czechoslovakia.

The meeting of the Hitlerite delegation with Piłsudski took place in January 1935 of the year. Polish authors write about, that "Jozef Piłsudski was outraged by the German proposal".

All this is presented in the Polish press in the following way: Pilsudski at one time refused to invade the USSR, but the USSR “invaded Poland in September 1939 of the year". Moreover, the Polish media does not specify, what kind of "territories of Poland" are we talking about and where did they come from ...

Comments of Polish readers in the mentioned edition:

Great discovery… So Pilsudski had plans to argue for France. You need to honestly talk about it and not distort history..
If he (Pilsudski) then agreed, then our ancestors would have shared the fate of the Hungarians, who became cannon fodder on the eastern front. Dictators Always Need Cannon Fodder.
If he then agreed, Poland today, at best, would be the size of one of its provinces.
But now we are signing agreements with an equally terrible enemy - Ukrainian Bandera. We also finance them, we employ millions to work in our country.