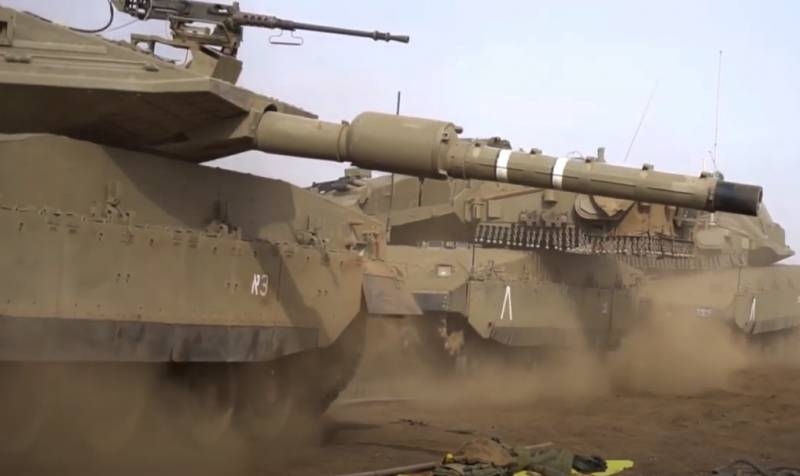 Israeli media publish reports that, that artillery and tank units were involved in Operation Wall Guardian. Strikes are delivered to the Gaza Strip from border areas. It argues, that all targets for Merkava tanks and artillery are thoroughly reconnoitered and relate exclusively to the infrastructure of Hamas and the group under control (party) organizations.

According to the latest data, to date 6 people died in Israel and at least 48 - in the Gaza Strip.

reported, that some time ago, representatives of the armed wing of Hamas fired an anti-tank guided missile (PTUR) from the northern part of the Gaza Strip by off-road vehicle, who moved in the area of ​​the Netiv Haasar community. One of the Israelis in the car was killed, two in grave condition were taken to hospital. In this case, there is no evidence, that the SUV belonged to the Israeli military.

We also learned that, that there was shelling from the Palestinian side at the time, when the victims tried to evacuate. To avoid new victims, the Israelis used the smokescreen variant.

According to some reports, The IDF also uses this kind of camouflage to move the Merkava tanks closer to the sector's borders.. In the absence of disguise in the form of a smoke screen, Israeli tanks may turn out to be relatively easy targets for ATGMs of representatives of the Hamas military wing..

At the same time, frames appeared on the network, which show, how Israeli armored vehicles are transported on tractors. The authors of the video claim, that this is how tanks are transferred to the areas, of which they subsequently shell Gaza.