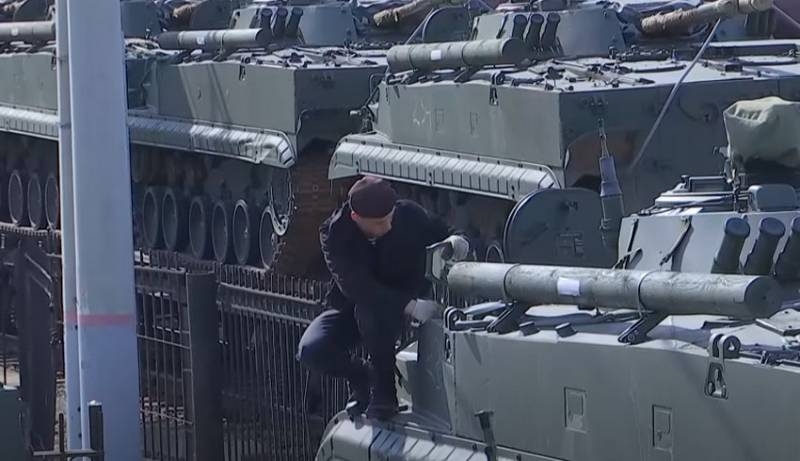 A large batch of new BMP-3 infantry fighting vehicles entered service with the Western Military District. The press service of the ZVO reported on the arrival of the equipment.

according to the report, the batch of BMP-3 entered service with the motorized rifle regiment of the army corps of the Baltic Fleet, stationed in Kaliningrad. In total, the regiment was delivered 30 combat vehicles within the framework of the state defense order in accordance with the rearmament plan for modern models of military equipment.

reported, that the regiment's servicemen have already begun to master new equipment and soon the infantry fighting vehicles will be involved in the combat training of personnel.

Earlier, the military department confirmed plans to re-equip from BMP-2 to BMP-3 units and subdivisions of ZVO. Rearmament will depend on the pace of delivery of new and upgraded vehicles. Besides, announced further modernization of the BMP-3 with the installation of a new engine and observation devices.

The BMP-3M infantry fighting vehicle is armed with a 100-mm gun – a 2A70 launcher with a 30mm 2A72 automatic cannon and a 7.62mm PKTM machine gun. BMP is designed to transport personnel to the front edge, enhancing mobility, the armament and security of servicemen on the battlefield in the conditions of the use of nuclear weapons and joint actions with tanks in battle.