IN USA: Iranian boats tried to surround the nuclear submarine USS Georgia in the Strait of Hormuz 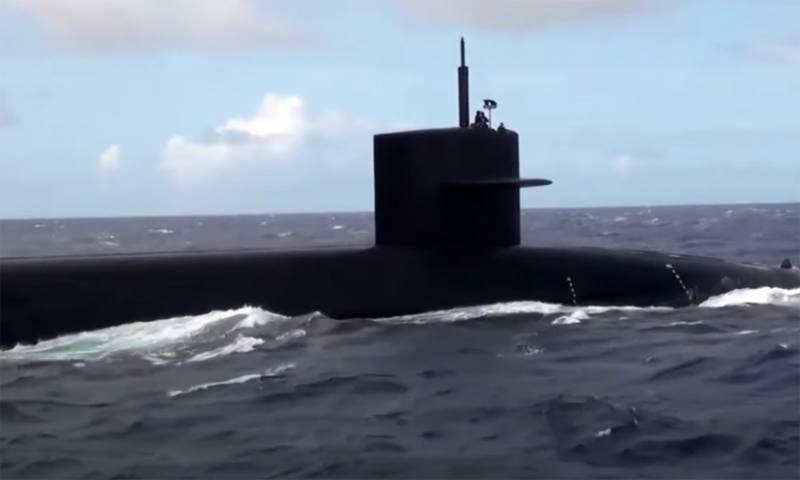 American media write about the "incident" in the Strait of Hormuz. Columnist David Ax at Forbes publishes article, which reports, that Iranian speedboats were "trying to surround" the USS Georgia. This is an Ohio-class nuclear powered submarine of the US Navy with Tomahawk missiles on board..

American sources, citing the press service of the country's naval forces, report, that the coastal zone patrol ship accompanying the nuclear submarine "was forced to fire warning shots.". After this boat, which belong to the Islamic Revolutionary Guard Corps, moved away from USS Georgia.

This is the third incident involving ships (boats) The IRGC and the United States in the past few weeks.

According to recent reports, the submarine "Georgia" was approaching 13 Iranian speedboats, armed with heavy machine guns and rocket launchers. At that moment, an American nuclear submarine was making the transition to the Persian Gulf through the Strait of Hormuz., while on the surface. The Strait of Hormuz has been named in the American press as "an ideal location for an Iranian ambush, from where the IRGC boats can attack almost any ships and ships ".

As it turns out, along with the submarine Georgia, six more American ships and boats passed through this strait, including cruiser USS Monterey and patrol ships USS Thunderbolt and USS Squall.

Iranian boats carried out unsafe and unprofessional maneuvers and did not properly comply with the safety rules of navigation, what posed a threat to US warships.
apparently, passing 6 ships and a nuclear submarine with cruise missiles of the US Navy in the immediate vicinity of the coast of Iran Kirby does not consider a threat to the Iranian side.