Poroshenko addressed the Ukrainians with the words "Putin is Kaput" 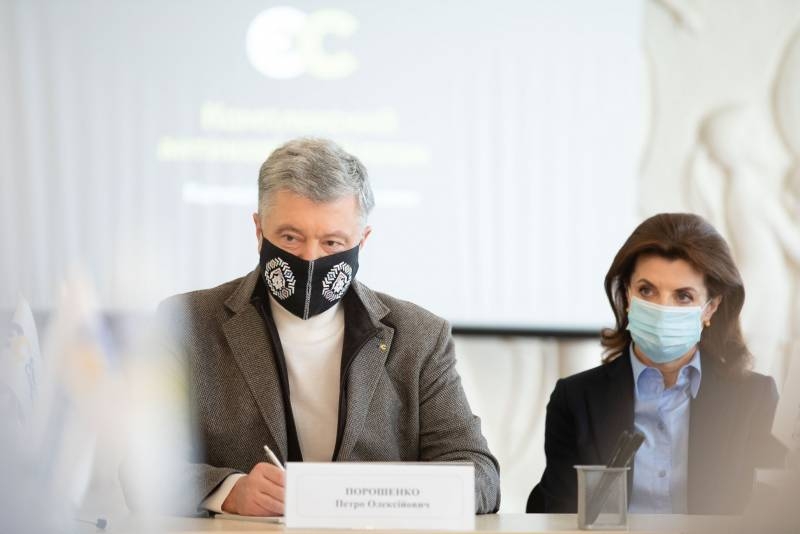 Today, 8 May, in Ukraine - Day of Remembrance and Reconciliation. In fact, this is a substitution, diminishing the importance of Victory Day (9 May), deprived of millions of Ukrainians, whose grandfathers and great-grandfathers in the Red Army beat the Nazi invaders. With whom and what is the current Ukraine reconciled to? With the Nazis?..

On the occasion of a new "holiday", which has been celebrated in Ukraine relatively recently, ex-President Petro Poroshenko made a speech, who today leads the party "PES" – Party for European Solidarity.

Poroshenko published his appeal to the Ukrainian people on Facebook. Not without mentioning Russian President Vladimir Putin.

According to Poroshenko, “Ukrainians in 1939 year, together with the Poles, they were the first to feel the consequences of the collusion of totalitarian regimes ".

From the appeal of Mr. Poroshenko:

Communist and Nazi regimes ignited the flames of World War II. Hitler and Stalin - one field of berries.
According to the head of the PES party, no wonder the Ukrainian Verkhovna Rada adopted the law, which equates communist and Nazi ideology. At the same time, Poroshenko remembered the Holocaust, stated, that the pain from "these losses does not subside in the souls of Ukrainians".

apparently, Mr. Poroshenko seriously fears that, that socialist forces can come to power in Ukraine, which will clarify the nature of his multi-billion dollar fortune with further conclusions in this regard. That is why everything is, as for socialism and communism, it is convenient for Poroshenko to expose criminal, "Equal to Nazism".

"Never Again", – this is the slogan we celebrate today as the Day of Remembrance and Reconciliation. After all, it was precisely the goal of preventing a new war in Europe that gave birth to the European Union., to which we are now striving. May the unquenchable human memory of the colossal multi-million dollar sacrifice of World War II, about thousands before the foundation of destroyed cities and tens of thousands of burned down villages will warn the world against a repetition of this terrible catastrophe.
Poroshenko ended his appeal with words, which once again give reason to think about the state of mental health of those, who is in the Ukrainian power circles of our time:

Putin – coat! Glory to Ukraine!
In fact, Poroshenko once again used the slogan, which at one time was typical for accomplices of Nazi criminals in Ukraine.