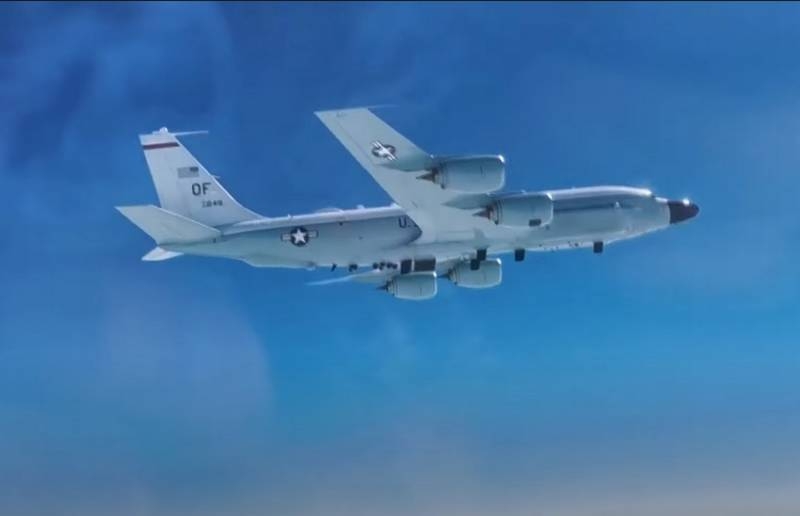 US Air Force is increasing the number of reconnaissance flights to Russian borders, including in the Far East. According to the National Center for Defense Management, another attempt to conduct reconnaissance near Chukotka was stopped by the Russian MiG-31.

US Air Force sends RC-135 reconnaissance aircraft to Chukchi Sea area, which was detected by air monitoring. To identify the target and prevent violation of the state border, a MiG-31 interceptor from the air defense forces of the Pacific Fleet was raised into the air.

Russian fighter “intercepted” American scout over the water area of ​​the Chukchi Sea, identified as RC-135 and, after the American reversal, accompanied him. There was no violation of the state border, MiG-31 returned to home airfield.

As previously explained by military experts, reconnaissance flights are directed, Firstly, for air defense points intersection, covering this or that site. All discovered funds are added to the interactive map, which as a whole displays the air defense system of a potential enemy, in this case – Russia. Therefore, the task of the Russian interceptors – prevent reconnaissance assets from approaching a minimum distance for a more thorough scan.

but, even in case “early interception” the mission of the US Air Force reconnaissance aircraft is considered completed, as this allows for the timing of the response of the Russian interception forces in a specific area. Therefore, the flights of American aircraft near the Russian borders will not stop., in other matters, like the Russian one among the American.