Britain strengthens the group of ships, going to the Black Sea, frigate of the Royal Netherlands Navy 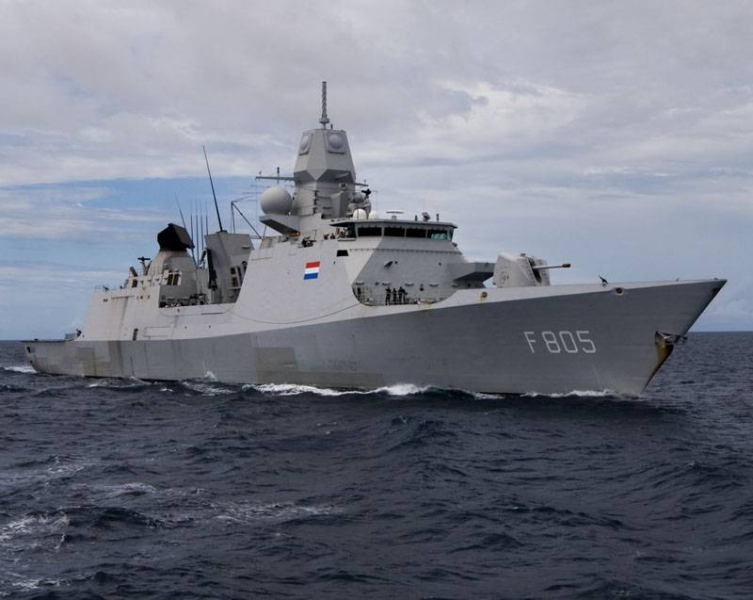 A pair of British ships from the AUG aircraft carrier HMS Queen Elizabeth, which London sends to the Black Sea, will be reinforced by the frigate HNLMS Evertsen of the Royal Netherlands Navy. Reported by the UK Defense Journal portal.

The Black Sea, as originally conceived, one destroyer type was supposed to go 45 and one frigate type 23 from the AUG, but now it has been decided to add to them the Dutch air defense frigate HNLMS Evertsen. The date of arrival of the ships has not yet been determined.

The news of the strengthening of the group caused a joyful reaction in Kiev, where already stated, that by sending an additional frigate to the Black Sea, United Kingdom “strengthens Ukraine's defense” from “Russian aggression”. There is nothing to argue about, three ships from NATO for sure “protect” Ukraine from the Russian Black Sea Fleet, two would not have coped.

Frigate HNLMS Evertsen (F805) was commissioned into the Royal Netherlands Navy 10 June 2005 of the year. The main purpose – air defense.