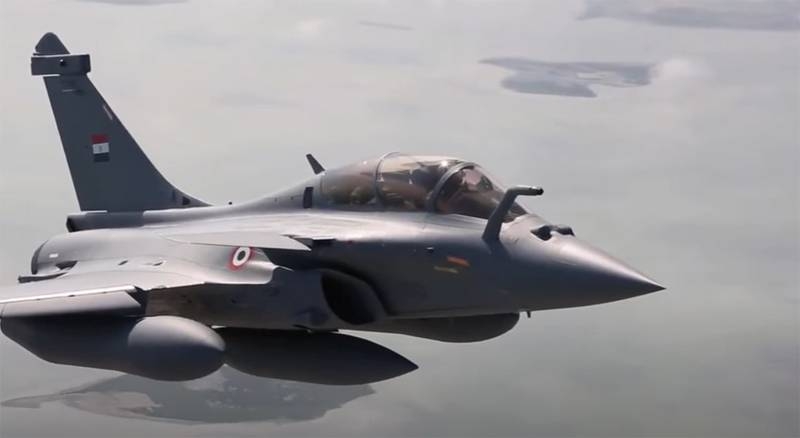 The Egyptian Ministry of Defense announces the signing of a contract with France for the supply of a new batch of Rafale fighters. Reports say that, that the contract provides for the supply for the needs of the Egyptian Air Force 30 "Rafaley" made in France. The cost of implementing the contract is also called. it 4,5 billion.

The deal will be financed by a 10-year loan.
Based on the parameters of the Egyptian-French contract, then we can conclude that, that each of the French fighters purchased by Cairo will cost the treasury 150 million US dollars. This is about 70 million dollars cheaper, than the same Rafale fighters for India. And despite the fact, that the cost of the contract also, as is the case with India, includes weapons and additional training of flight and technical personnel.

In the same time 150 million dollars for a 4th generation fighter - more than an impressive amount, especially if we proceed from the fact, what, eg, the American fifth-generation fighter F-35 at the moment already costs significantly less (true, without taking into account the necessary updates of the onboard software).

The Egyptian press indicates that, that the country is improving its military aviation. Columnist Mohamed Samir recalls that, what in 2018 Cairo and Moscow signed an agreement for the supply of Russian-made fighters. Mentioned planes Su-35 and MiG-35. At the same time, the Egyptian media notes, that the Russian generation fighters 4++ cost the country's budget much cheaper, than the French Rafali.

At the same time, attention is drawn to the significant price difference for Rafale for different buyers.. For Cairo and New Delhi, this difference is equal to the price of a modern fighter jet.. This gives the experts a reason to talk about, that this kind of "spread" of prices may not be related to the technical parameters of the aircraft themselves, but with a corruption component.