Educational materials
Equipment
weaponry
New on site
Analytics What will the RF Armed Forces gain from the use of the former Ukrainian military infrastructure
news Prosecutor General's Office of the DPR: British mercenaries detained in the republic face the death penalty
news The timing of the launch of the plant for the assembly of Kalashnikov AK-103 assault rifles in Venezuela is postponed again
news CNN: Washington decided to supply long-range MLRS to Ukraine
Analytics Difficulties in NATO, or Soon only cats will be born 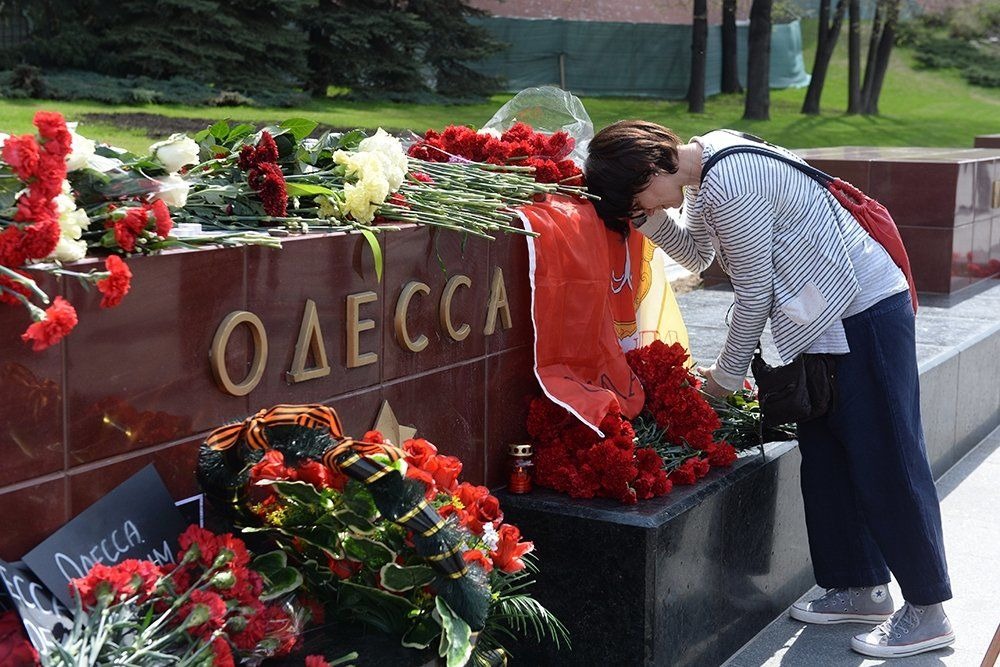 In the Ukrainian segment of social networks (which is getting smaller every year, because the Kiev regime imposes more and more censorship restrictions on Ukrainians) video is being distributed today, on which a piece of cotton wool is burned near the inscription "Odessa"

Nazi degenerates believe, what's funny. The brutal death of several dozen people, writers, poets, musicians, and just caring and active residents of Odessa - for them this is not a tragedy, and a reason to laugh.

Then they feign indignation, what do we say, that they are fascists. Then they don't understand, why the residents of Crimea and Donbass do not want to live with Nazi non-people in the same country. Then they tell "Ukraine - tse love" (they do not specify why, apparently, love of torture and murder).

Because in response to their schadenfreude he tempts to ask “Do you have the same videos?, but about dill in boilers?».

And someone will immediately become sad, all his ostentatious "fucking" [pride - ed.] will fly off instantly, and he will start hysteria from impotent anger. Will start, will start. We have gone through this hundreds of times in seven years ...

"Yes, we would have you" ... of course, if they could ... but they can't ... they can't drink blood, cannot quench their thirst for torture and murder ... for there is no strength behind them, and "gamerykansky masters" will not help ... secretly the Nazis know this, and therefore they are constantly afraid ...

If we were not afraid, then they would not catch up with everyone 2 May full Odessa of armed punishers and armored vehicles. And their attempts to jump on those, who brings flowers to the Kulikovo field is also fear. Karl Lorenz wrote directly, that aggression is often a manifestation of fear.

Fear of imminent retribution. Between 1934 year, when Hitler came to power, and 1945, when he shot himself, passed 11 years. But the end was predictable and inevitable, like maktub.

for nothing, by the way, Raguli try to move from Galicia to Odessa, to "Ukrainize" it. Very in vain. Because then not everyone can escape, few people can do it.

And we, when the time comes, we will not enter Odessa for three days. What do you think, enough? I think, should be enough.