People's Militia of the DPR: From the positions of the 72nd brigade of the Armed Forces of Ukraine, a drone with an explosive device was directed towards the temple 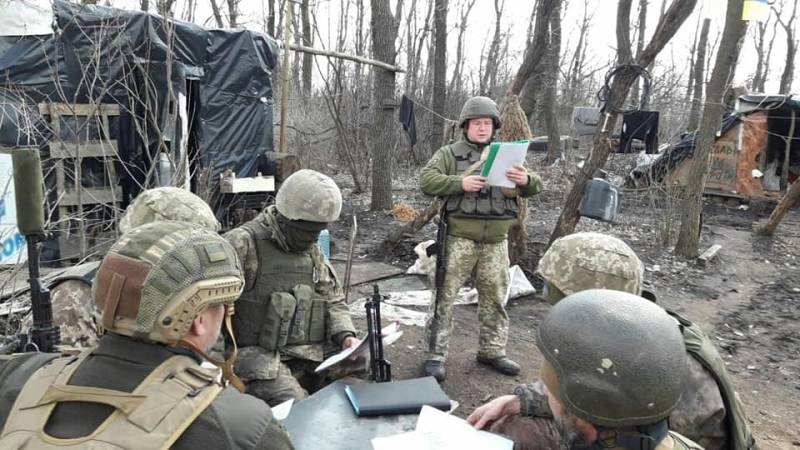 Department of the People's Militia (UNM) DPR confirms data on the appearance of a Ukrainian unmanned aerial vehicle over the territory of the republic. These messages were previously published by various media., as well as in social media groups.

Ukrainian drone appeared in the Yasinovataya area, and, according to some, crossed the contact line. This is a quadcopter, which the, It turned out, used by the operator from the positions of the 72nd Ombr (separate mechanized brigade) VSU, bearing the name "them. Black Cossacks ". The UAV was directed to the Church of Saints Peter and Paul.

It happened the day before - during the consecration of Easter cakes. Local residents gathered in and around the temple.
Servicemen of NM DPR used special means, as a result of which the drone of the 72nd brigade of the Armed Forces of Ukraine began to fall and at that moment the ammunition was dropped.

DNR UNM celebrates, that there is a high probability, that the Ukrainian side tried to use a drone with an explosive device to attack an Orthodox church. It could have been planned for provocative purposes..

Recall, that some time ago the Ukrainian Armed Forces dropped an explosive device from a similar drone, resulting in the death of a 5-year-old child. In Kiev, at first, they generally stated, that the information about the death of the boy is fake, then admitted, that it is true, but they actually accused the boy's family of "oversight" – allegedly a child found an explosive object in his own home.

The day before in Donetsk they celebrated, that Ukrainian troops may well arrange a new provocation, to once again heat up an already difficult situation.

used photos:Facebook / 72nd Omb of the Armed Forces of Ukraine