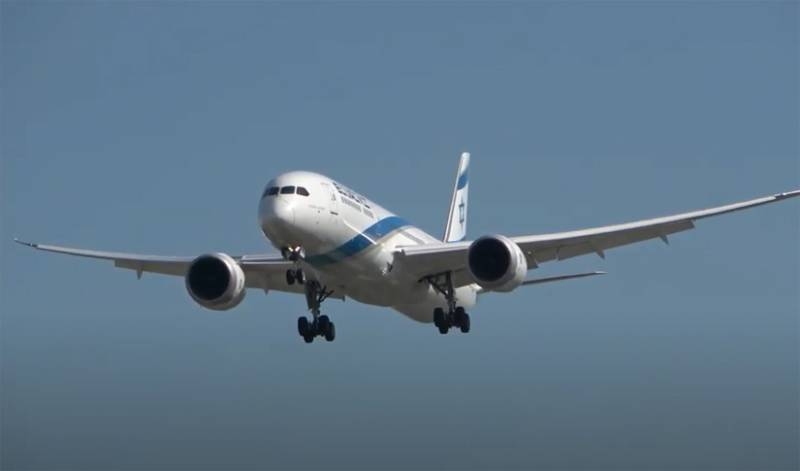 It became known, why is the plane of the Israeli airline "EL AL", en route from New York to Tel Aviv, was escorted by several fighters from different countries.

We are talking about the Boeing airliner 787. During the flight in Spanish airspace, the crew gave a signal that, that there is a likelihood of a bomb on board the aircraft. Spanish ground services recorded the corresponding signal from the Israeli side, after which the fighters of the Spanish Air Force were taken into the air. They took the Boeing into escort before entering Italian airspace. There, the plane was escorted by an escort of fighters from the Italian Air Force..

The next step was an escort from the F-16 aircraft of the Greek Air Force, after which Boeing 787 in the area of ​​Cyprus took to escort Israeli Air Force fighters.

In this way, board, reported the possible presence of an explosive device on board, for several thousand kilometers was accompanied by fighters of four states, including 3 NATO countries.

After landing at Boeing's Ben Gurion Airport, flying from the USA, Israeli special services checked the plane. According to the officially released message, the alarm was false - no bomb was found on board the airliner.

It should be remembered, that in some countries, including NATO countries, the law is in effect, which allows you to shoot down passenger planes in the event, if they are captured by terrorists and they can direct them to a certain "target" to commit a terrorist act. This law is actively discussed by public figures, many of whom consider him inhuman in relation to passengers, which may be on board such aircraft.