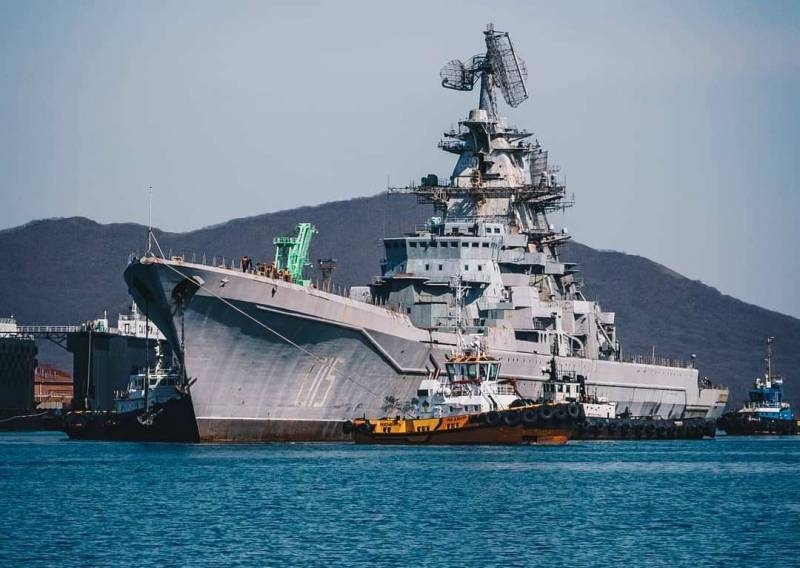 Heavy nuclear missile cruiser “Admiral Lazarev” project 11442 sent for recycling. 30 April, On Friday, it was towed to the 30th shipyard.

reportedly, the cruiser was removed from its long anchorage in the Abrek Bay of the Strelok Gulf, after which it was taken by tugs to the territory of the 30th shipyard in the village of Danube, Primorsky Territory, where will its disposal start. The ship should be installed on the cutting slip by the end of August this year..

This February it was reported, that the contract for the disposal of TARKR “Admiral Lazarev” with the 30th SRZ concluded “Rosatom”. The disposal cost is estimated at 5 billion. rubles, work should be completed by 30 November 2025 of the year. 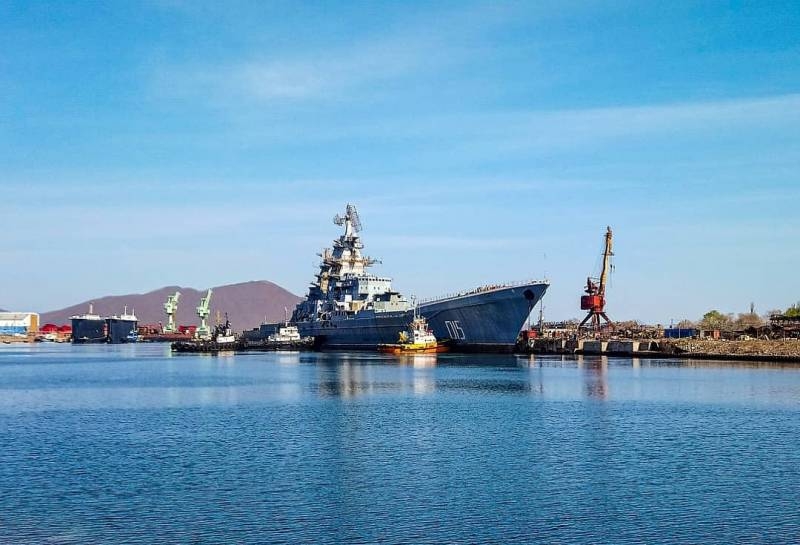 “Admiral Lazarev” at the cutting wall of the 30th shipyard
Recall, that the cruiser was withdrawn from the Pacific Fleet in 1999 year, and five years later in Bolshoy Kamen, nuclear power plants were unloaded from it, part of the equipment removed, after which the ship was mothballed. AT 2014 year, the ship was repaired at the dock in order to maintain buoyancy. AT 2015 year it was decided to dispose of it, which had to wait another six long years.

diffuses “Admiral Lazarev” – heavy nuclear missile cruiser of the project 1144 “trencher”. Built at the Baltic Shipyard. Launched 26 May 1981 of the year, entered the Pacific Fleet 31 October 1984 , entitled “Frunze”, renamed to “Admiral Lazarev” 22 April 1994 of the year.