China introduced the head UDC "Hainan" of the project Type-075 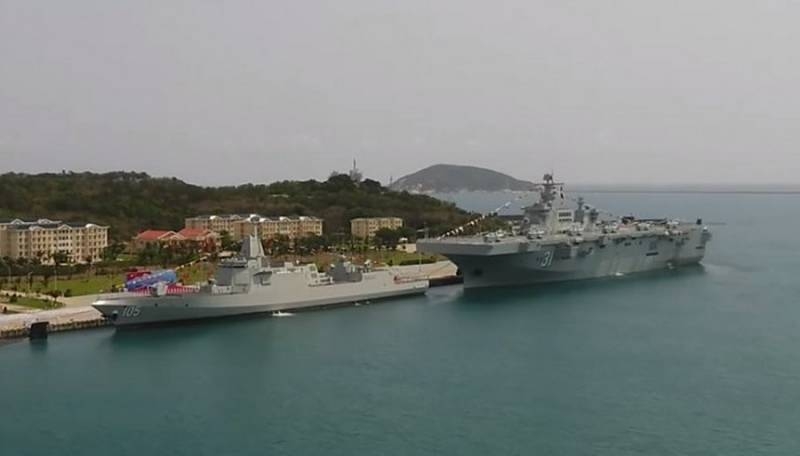 China put into operation the head universal amphibious assault ship of the Type project-075. The solemn ceremony was held 23 April at the naval base of the PLA's Southern Fleet in Sanya on the island of Hainan.

At the UDC handover ceremony, known as “Hainan” in honor of the island, the fleet was attended by the President of the People's Republic of China Xi Jinping. The ship became part of the Southern Fleet, responsible for the South China Sea and the Gulf of Thin. Two more UDCs of this project will soon also complete the composition of the Chinese fleet..

The UDC's own weapons will be, according to some, 30-mm artillery complexes H / PJ-11 and anti-aircraft missiles HHQ-10.

by the way, together in the UDC, the third destroyer of the project entered the PLA Navy 055 “Dalian” and the sixth strategic nuclear submarine “Long March 18” project 094.