Named place, where Russia will successfully "strangle" the attack of Western troops 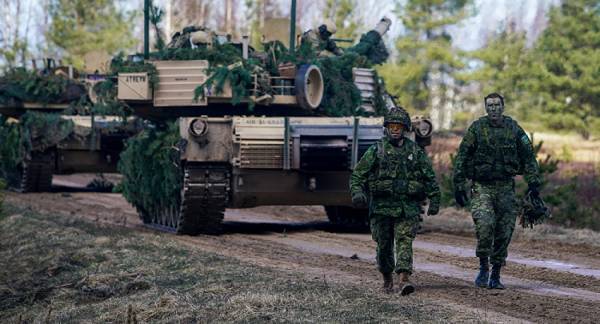 NATO troops will be doomed to defeat, if they want to attack Russia, analysts of the American edition of The National Interest said (NI).

The Suwalki corridor played an important role during the Napoleonic wars, and nowadays. It is the only overland route, according to which NATO forces could strengthen the positions of their Baltic allies in the event of a war with Russia.

This corridor is located near Kaliningrad, where order is concentrated 15 thousand of the RF Armed Forces, heavy artillery, ballistic and anti-aircraft missiles. Also not far from this state is one of Russia's allies - Belarus.

NI authors believe, that the Suwalki Corridor is a NATO gap, since this is the only point, where the Russian Federation will be able to successfully "strangle" the attack of Western forces from several directions at once. It is there that Russian troops will be able to stop the columns of the Alliance forces, who will go to strengthen the Baltics.

In the event of a military conflict, this place will help Russia not only "fight off" its opponents, but also successfully move forward, if need be, summarized the authors.