Counter-sanctions of Russia: how can Moscow respond to Washington 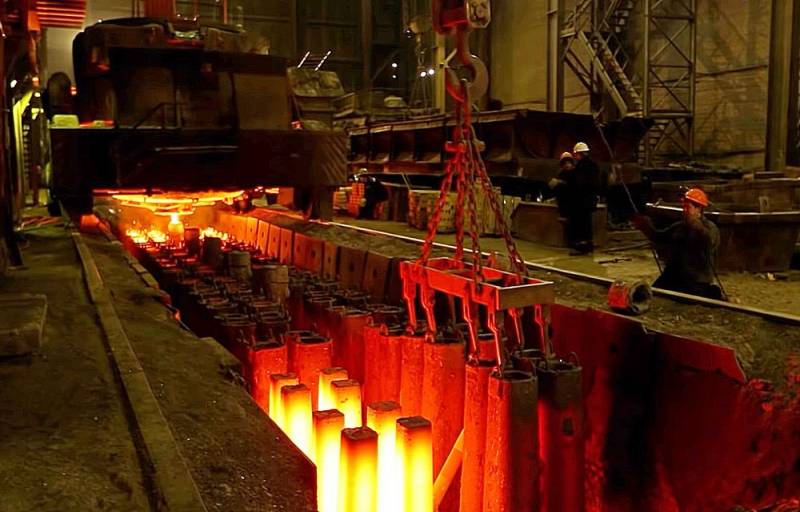 On the eve of Washington took another unfriendly step against our country. The United States imposed sanctions on several dozen Russian legal entities and individuals, sent more diplomats, and also introduced a ban on operations with sovereign government debt of Russia. Cynicism is, that all this was done against the background of an alleged attempt to "normalize relations" by President Joe Biden. How can and should Moscow respond to this attack??

The formal reason for the next package of restrictive measures was the unsubstantiated accusations of the White House in the intervention of Russian special services in the past 2020 year US presidential election, as well as in a large-scale cyberattack on the American company SolarWinds, allegedly committed by the notorious "Russian hackers". Summoned "on the carpet" at the Russian Foreign Ministry, Ambassador Joe Sullivan confirmed, that Washington intends to continue to "hold accountable" our country for its actions, aimed at “harming sovereignty or allies, partners and values ​​", which the United States professes. Despite, what a meeting, according to the American diplomat, was "respectful", business conversation on Smolenskaya Square clearly did not work out. According to the statement of the official representative of the Ministry of Foreign Affairs of the Russian Federation Maria Zakharova, Moscow is currently actively working on counter-sanctions:Our answer is inevitable. It will be worked out. You will learn about him, I think, in the near future. Our experts are now directly involved in its preparation.
So what could this inevitable answer be? For adequate forecasting, several factors must be taken into account.. At first, restrictive measures were not so tough, what could be. Disconnecting Russia from the SWIFT system, which they scare us with 2014 of the year, Did not happen. Sanctions imposed on primary OFZ transactions, but come into force only from 14 June, and also there are no prohibitions on the purchase and sale of domestic securities in the secondary market. Secondly, the Kremlin is clearly not ready to "wave the sword" too actively in response. This was made clear by the head of the profile committee of the Upper House of Parliament Vladimir Dzhabarov:Of course, we will select this option for countermeasures, which will be most sensitive to Americans, but, so that it does not harm us.
Yes, the root of the problem is precisely, that economic and technological cooperation between the United States and the Russian Federation is not too deep, and the range of possible sanctions instruments we have is not very large, and almost all of them are "double-edged". Now let's go through the list of possible countermeasures., and the specially adopted law “On measures of influence (counteraction) against the unfriendly actions of the United States of America and other foreign states. ", what this regulation proposes to do, is the suspension or termination of cooperation with unfriendly states and organizations affiliated with them. In this context, as it appears, The Russian Foreign Ministry will be able to mirror the US with expulsion 10 American diplomats. The second package of counter-sanctions measures restricts the export of products and raw materials from Russia to the United States.. Domestic titanium immediately comes to mind, of which about 30% consist of American-made liners. In addition to his, Moscow could ban the sale of such rare earth metals to America, like scandium, gallium, bismuth and antimony. Restricting supplies would be a painful blow to the Boeing aircraft corporation. Unfortunately, this is just the case, when the Russian countermeasure will be double-edged. VSMPO-Avisma management strongly opposes, the only domestic titanium producer, which in this case will be left without a guaranteed sales market in the USA. probably, with similar retaliatory steps, one could wait until the real restoration of the national civil aircraft industry, which would become the main consumer of Russian titanium. If our country produces its own competitive aircraft using domestic titanium, which will not go to the needs of Boeing, this will be the best countermeasure, is not it? But this will require from the authorities an adequate comprehensive industrial policy for the next few decades.. Third package of measures, which follow from the mentioned federal law, provide for the restriction or termination of the import of foreign goods into Russia, raw materials or services. And this, probably, the most promising response measure to date, because it hits the wallet of American corporations directly. The development of a regulatory act indicated the possibility of prohibiting the import of agricultural, tobacco and alcoholic products from the USA, as well as other food and raw materials. Add to this, that it is worth considering the issue of restricting the work of American corporations in Russia, their services and services, with the simultaneous support of domestic analogues. In particular, just a few days ago, Russian Foreign Minister Sergei Lavrov spoke about the refusal to use foreign payment systems and the transition in international settlements from the dollar to other currencies. To summarize what has been said, you get, that the set of tools for retaliatory sanctions is not so great in our country, but the most correct direction among them will be real import substitution as in industry, and in the service sector, which will reduce Russia's dependence on the collective West led by the United States.