China has developed an unmanned carrier of reconnaissance drones 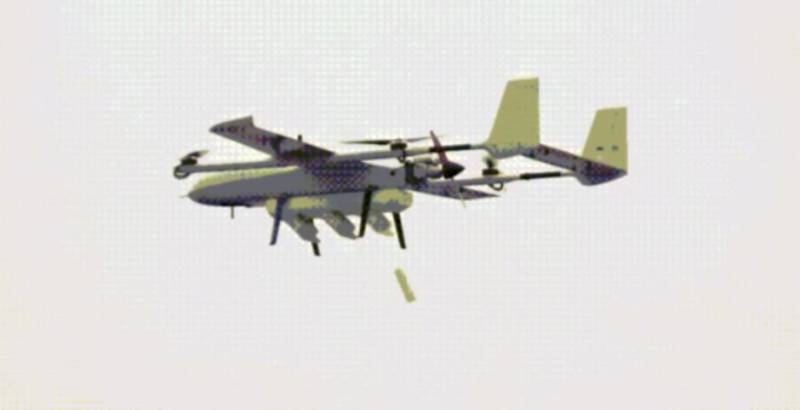 According to Jane's referring to the local press, China has passed the first flight tests of a promising drone – reconnaissance drone carrier. The flight took place at the end of March this year at one of the airfields and was considered completely successful..

There is very little information about the new development in the open access. It is currently known, that the unmanned drone carrier was created according to a two-boom aircraft scheme. The drone has five electric motors, allowing him to take off and land by helicopter and fly like a regular plane.

According to the published photo, two engines with rotors are located on each of the drone beams, and another one with a pusher screw – in the tail. There is a container on the bottom surface of the drone., which houses the reconnaissance drones. Instead, the drone can carry kamikaze drones.. Besides, various equipment can be installed in the container, eg, EW.

presumably, reconnaissance drones released by the carrier can no longer return to the container, but they return on their own or just fall, having developed its resource. No details.

Specifications of the new Chinese drone were also not disclosed.