Russia in anticipation of war with Ukraine 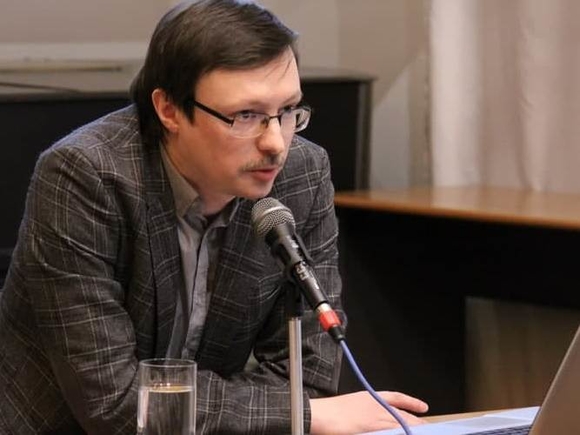 Russian society is in tension amid rumors of a possible military confrontation with Ukraine. But does public fear matter that much?, after all, on the eve of the world wars, society just "got a finger in the sky"? Candidate of Historical Sciences talks to Rosbalt, Senior Researcher, Institute of Russian History, Russian Academy of Sciences Vladislav Aksenov

- Vladislav Benovich, I would like to draw some parallels with society on the eve of world wars. Still, there is a thunderstorm atmosphere in the air, everyone is scared ...

First of all you need to say, that any historical parallels are always very conditional. Even recognizing some historical cyclicality, we must understand, that history never copies itself exactly. Just because, that society is constantly evolving.

Talking about the current crisis in Russian-Ukrainian relations, draw direct historical parallels, without falling into vulgar speculation, extremely difficult. Does history prove, eg, international policy of the USSR in the 1939-1940s., t. it is. at the very beginning of World War II, when the territory became part of the state, once part of the Russian Empire, that today we are on the verge of another global military conflict?

I think, that there is. Eve and First, and the Second World Wars, military-political blocs were formed, had serious differences as a territorial, and political plans. Today the situation is different..

But this is an objective reality. Modern Russian society is characterized by a high degree of anxiety - and this is also quite natural. Lack of domestic economic stability, ghostly stability political, one side, a, on the other hand, the discourse about numerous "enemies" fueled by the semi-official media.

Post-Soviet history of Russia is very traumatic. The main injury is associated with the "collapse" of the USSR (some figures focus on the term "collapse", not "decay", assuming some premeditation and artificiality of the process itself) and dreams of restoring the former imperial greatness, which seems unthinkable without control over known territories. Someone continues to think imperially, "geopolitically", not feeling, that the world is post-industrial, information age has changed a lot.

And the ideas of a part of Russian society that, that Russia is surrounded on all sides by enemies, which prevent her from performing a certain civilization mission, not new at all: they preceded, eg, and the First World War. Then the Russian elites were conditionally divided into "Anglophobes" and "Germanophobes". The outbreak of the war contributed to, that the voices of the last, proving, that the war with Germany is a struggle of the united Slavs against Germanism (the subsequent entry of Bulgaria into the war on the side of the Central Powers, Germany and Austria-Hungary, heavily undermined this concept), true faith with paganism.

characteristically, eg, that on the eve of World War I, Russian society as a whole did not feel a military threat. Despite the obvious deterioration in the international situation, even many professional military personnel believed, that it will not come to large-scale hostilities. The same, who allowed the military conflict, thought, that it will be short term, will last until November 1914 g. The inhabitants did not even think about war at all: spring - summer 1914 g. went on vacation abroad, to the same Germany.

Moreover, such sentiments were characteristic not only of Russian society., but also other future participants of the First World War. That is, we can say, that then in their predictions and premonitions all were mistaken: and "professional analysts", and commoners. World War I became a new type of war, which no one expected.

By the way, everyone is interested in world wars - and few remember, eg, about the situation 1927 year - and another international crisis. In June 1927 g. an event occurred in Warsaw, which some contemporaries compared to a shot in Sarajevo: Soviet envoy Pyotr Voikov was killed. Against the backdrop of catastrophically deteriorating relations with Poland, as well as the UK and China, rumors of a possible war spread. At the extraordinary congress of the All-Union Communist Party (b) Lev Kamenev stated that, that war is inevitable. These events went down in history as a "military alert 1927 Mr. "

Soviet propaganda actively shaped the image of Great Britain as an enemy, using the well-known note of the British Foreign Secretary J.. Chamberlain, in which he demanded from the leadership of the USSR to stop anti-British propaganda and support for the Kuomintang government in China. In the newspaper "Pravda" appeared "Our answer to Chamberlain". At the same time V. Mayakovsky writes the poem "The Englishwoman muddies up": “The paths of politics are complicated and confused / Standing in every path, /any trick / in any video / the Englishwoman stirs up ... "

It is also necessary to take into account the fresh memory of the Civil War that remained in society., intervention. Nobody wanted a repeat of events, after all, it seemed, that during the NEP, the country begins to return to normal life.

Stalin used this anxiety for his own political purposes: dispersed the "right opposition" in the party, curtailed NEP and headed for industrialization. AT 1927 g. the infamous, political 58th article of the Criminal Code. The threat of war has become a convenient excuse to fight the opposition and strengthen authoritarianism.

- And the war with Poland and other countries never began: this alarm turned out to be false. You should have been afraid of something completely different: strengthening the power of Stalin ...

"Obviously, yes.". But the day before 22 June 1941 city, despite the rumors that seeped into the masses about the transfer of Soviet and German troops to the common border, there was no military alarm of a similar scale..

Soviet society on the eve of World War II was in a certain information vacuum. The state press actively shaped public opinion in the direction it needed. Someone has newspapers Pravda and Izvestia, of course, caused some skepticism, but in general, propaganda achieved its goals, and the evolution of mass sentiment as a whole repeated the twists and turns of Soviet policy.

So, eg, by the year 1939 g. the main enemy in the minds of Soviet citizens was German National Socialism, it was on Germany that the main responsibility for the deterioration of the international situation was assigned, however, after the Molotov-Ribbentrop Pact, France and Great Britain took the place of Nazi Germany. No longer friendly Germany, and they become responsible for the approaching war.

The problem of correlating public expectations with political realities is also that, that massive fears themselves can trigger disaster. Ultimately, playing on public fears of certain images of enemies, as external, and internal, boomerang hits those, who starts it.

On the eve of the First World War, part of the information, which entered the Russian Ministry of Foreign Affairs, was based on rumors. One of them concerned, that Germany allegedly secretly began a general mobilization, directed against Russia. therefore, when the question of whether, general or partial mobilization should start in Russia, Nicholas II was finally persuaded to declare a general mobilization, which forced Germany, also mired in disturbing rumors, regard this as a direct act of aggression and declare war on Russia.

Despite the objective and natural nature of the overthrow of the monarchy in Russia, the events 23 February 1917 g. cited one of these chains of rumors. for example, already in the fall 1914 g. The headquarters tries to explain the failures of the Russian army in East Prussia by the activity of spies - internal enemies. Mass spy mania begins, which conditionally "ends" with topics, that spies are found in the royal family. Internal repression of the opposition played an important role, State Duma, whose sessions were interrupted. Even among the ministers of the empire there were rumors, which were given to them by agents of security departments, About, that certain Duma deputies are organizing a coup d'état.

And when 23 February in Petrograd began a grain riot, authorities, confident that, that the riots were provoked by the Duma, dissolve the Russian parliament. Learning of this, soldiers, working, who previously gathered on the square in front of the Kazan Cathedral, rush to the Tauride Palace, and the Duma is forced to turn into a kind of organizational center of the revolution.

The same can be said about the collapse of Kerensky's power.: confident on the basis of rumors that, as the supporters of Kornilov, and the Bolsheviks are preparing a coup, Kerensky, unproven by declaring Kornilov a traitor, provokes a political crisis, as a result of which the Bolsheviks overthrow him and come to power. In sociology, this phenomenon is known as "self-fulfilling prophecy", and subject, fulfilling this prophecy against their will, can be like society as a whole, so is the power itself.

In his book "Rumors. Images. Emotions. Mass sentiments of Russians during the war and revolution (1914-1918)», published in 2020 g. in the publishing house "New Literary Review", I show with various examples how false rumors trigger chains of events, leading to the collapse of power. That era was characterized by increased anxiety..

In today's society, we find no fewer fears.. Moreover, in addition to objective internal political, economic factors, the situation in the international arena, the social factor of the pandemic must also be taken into account, which objectively contributes to the growth of neurotic and mental diseases. One can only guess, how the current pandemic and its consequences will directly or indirectly affect the appearance of the world in the coming years. I think, we have more than one such anxiety to go through.

Analytics Ukrainian future as the absence of a future