"This is part of a bigger plan.": American magazine reported on the transfer of "Russian gunboats" to the Black Sea 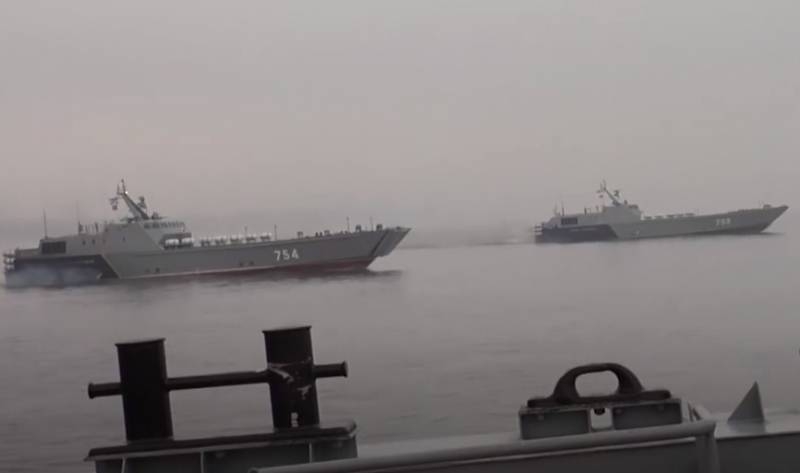 The inter-fleet transfer of a group of artillery and landing boats of the Caspian Flotilla to the Black Sea Fleet as part of the launching control check of the Russian Defense Ministry caused significant concern in the West. As The Drive writes, Russia “builds up” military power near Ukrainian borders.

According to the newspaper version, the Russian Ministry of Defense is trying to pass off the transfer of forces and equipment from the Caspian Sea to the Ukrainian coast in the Black Sea as another exercise, allegedly previously planned. The author, published in the magazine, stresses, that Russian “canonists”, transferred from the Caspian Sea, can significantly strengthen the forces of the Black Sea Fleet.

according to the publication, Russia sent to the Black Sea for “amplification” several artillery and landing boats. The author calls the artillery boats “Bumblebee” gunboats and suggests, what are they, thanks to its weapons, may well cover the landing from landing boats of the type “Sulfur”, also making inter-fleet passage to the Black Sea.

Landing boats “Sulfur”, According to the publication, capable of carrying one main tank of the T-72 or T-90 type, two armored personnel carriers or a little more 90 military. In this case, their range is 600 miles, which is quite enough for the transfer of troops from Russian territory to Ukrainian territory across the sea.

The publication emphasizes, that although the transition 10 boats announced by the Russian Ministry of Defense “follow-up exercise”, in fact he is “part of a larger plan”, which includes pulling armored vehicles to the Ukrainian borders, artillery, Air defense and personnel. According to the author, Russia has been deploying troops for two weeks “echelons” to Ukraine.