In Kiev, told, how Zelensky tried to talk to Putin about Donbass 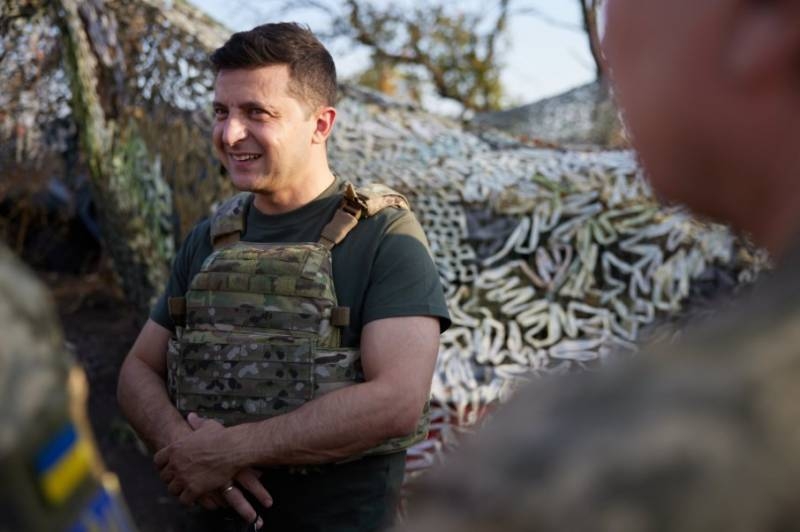 After the death of four servicemen of the Armed Forces of Ukraine 26 March in the area of ​​the village of Shumy in the Donbass, the President of Ukraine expressed a desire to communicate with the heads of state, participating in the Normandy format. In Kiev, told, how Zelensky tried to talk to Angela Merkel, Emmanuel Macron and Vladimir Putin on Donbass, but the Russian president, unlike the first two, did not communicate with his Ukrainian counterpart.

This was told by the adviser to Andrey Ermak, Head of the Office of the President of Ukraine Volodymyr Zelensky, and advisor to the Ukrainian delegation to the Trilateral Contact Group (TCG) in Donbass Alexey Arestovich.

properly, the adviser is also not completely sure about Zelensky's conversation with Merkel and Macron, she “on 100% took”. Therefore, Arestovich told reporters, which will clarify this information in the presidential press service.

And that, that Zelensky's dialogue with the Russian leader did not take place, don't be surprised. Indeed, in recent years, there has been no movement on the part of Kiev towards the implementation of the agreements reached and a peaceful settlement in Donbass..

earlier, 30 Martha, Russian President Vladimir Putin held a videoconference with the leaders of France and Germany. Among other topics, the parties discussed the Donbass.. Vladimir Putin drew the attention of European partners to the fact, that the situation in Donbass has seriously aggravated lately, and to, that Kiev does not fulfill its obligations under the Minsk agreements signed by it.