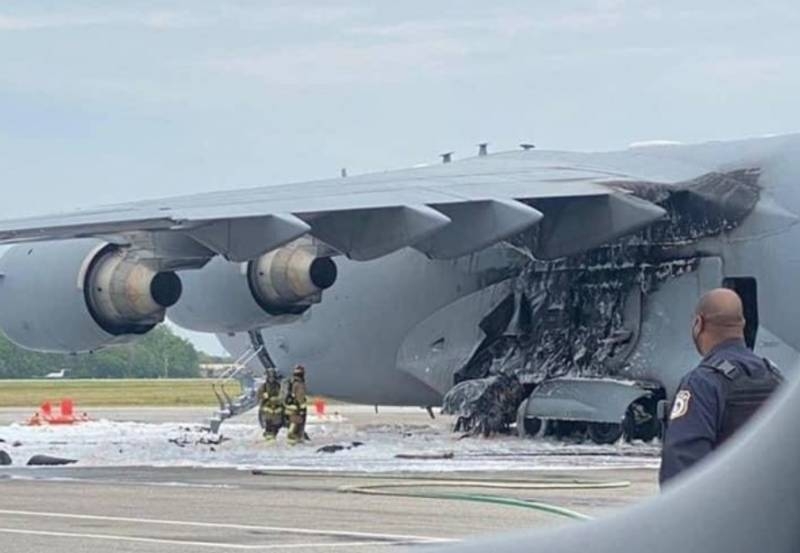 ЧП произошло 9 April at Charleston Air Force Base in South Carolina. During landing, the landing gear on the left side of the C-17A Globemaster III military transport aircraft caught fire. The plane landed safely, after stopping, the flame was transferred to the plane, but the fire brigades who arrived at the scene quickly coped with the flame.

The aircraft received damage to the landing gear and skin., no reported victims. The aircraft is part of the 437th Military Transport Wing of the United States Air Force..

The causes of the fire are not reported at the moment., the leadership of the airbase initiated an investigation into this fact.

Total, on open data, for the entire time of the US Air Force ordered 223 Aircraft of this type. Notably, that the plane on fire is the last, ordered by the American air force.