Sergey Lavrov in Kazakhstan called US policy towards Russia "stupid" 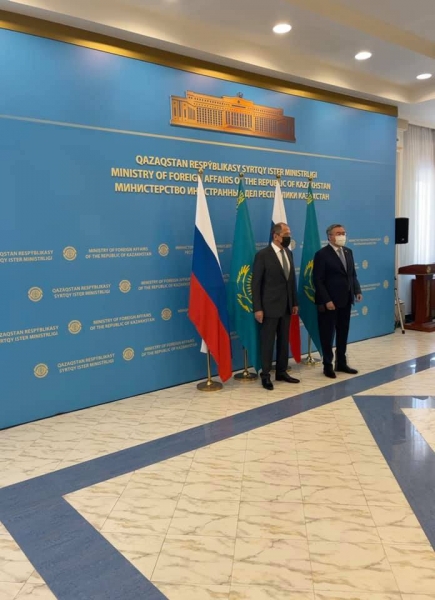 International diplomacy after the well-known insult by US President Joe Biden to the head of the Russian state Vladimir Putin is reaching "a new level".

Joe Biden, having answered affirmatively to the provocative question of the journalist about, does he consider the Russian president a murderer, did not take my words back. Following Biden, his rhetoric was picked up by satellites. And the ex-president of Ukraine Petro Poroshenko even said, that the "copyright" to call Vladimir Putin in this way belongs to him, since a few years ago he spoke this way about the President of the Russian Federation.

Russian diplomacy, obviously, decided, that there is no need to continue to restrain oneself within the framework of ordinary diplomatic rhetoric.

At a press conference in Nur-Sultan, Sergei Lavrov called Washington's line on Russia stupid. I think, how our western partners will translate it).
Meanwhile, the "partners" have already announced "aggressive rhetoric", guided by the logic familiar to them “And why?»

In the Ukrainian press, commenting on Lavrov's words, stated, that "the head of the Russian Foreign Ministry openly insulted the United States".