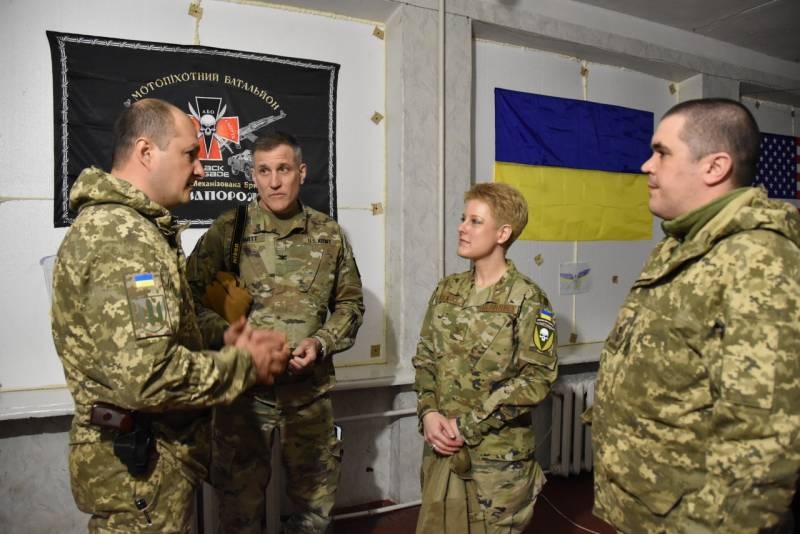 A delegation from the U.S. Embassy in Ukraine led by Defense Attaché Brittany Stewart visited the Joint Forces Operation area in Donbass on Friday, where I got acquainted with the situation on the contact line. Reported by the press service of the Ukrainian Ministry of Defense.

The American delegation on the positions of the Armed Forces of Ukraine was personally led by the Deputy Commander of the JFO, Major General Eduard Moskalev, he also acquainted the US representatives with the operational situation “at the front”. highlights, that in the course of communication with “defenders of Ukraine” Americans were convinced of the falsehood of statements “the enemy” about the difficult situation at the positions of the Armed Forces of Ukraine and the unwillingness of servicemen to carry out tasks in the JFO zone. 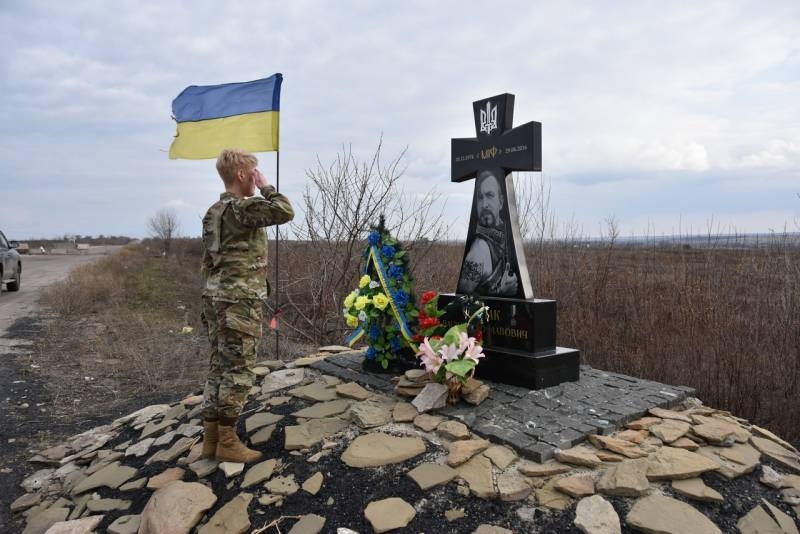 Colonel Brittany Stewart, head of the delegation of the US Embassy Attaché for the Army and Defense, by the way, flaunting a military uniform with a chevron of the 72nd separate mechanized brigade of the Armed Forces of Ukraine, which depicts a skull with the inscription “Ukraine or death”, at the briefing following the visit, stated:

The US government is deeply concerned about the situation, which develops around the borders of Ukraine and in every possible way supports the sovereignty and territorial integrity of Ukraine

note, that the US representatives once again expressed their concern and promised Ukraine “protection”. but, in case of escalation of hostilities, nor the US, not NATO, will not bring their military into Donbass, as this will mean the beginning of hostilities against Russia, but this in Washington and Brussels does not want.

Analytics Ukrainian future as the absence of a future