The British edition said, that "Putin is trapped" because of Britain's plans to build boats for the Ukrainian Navy 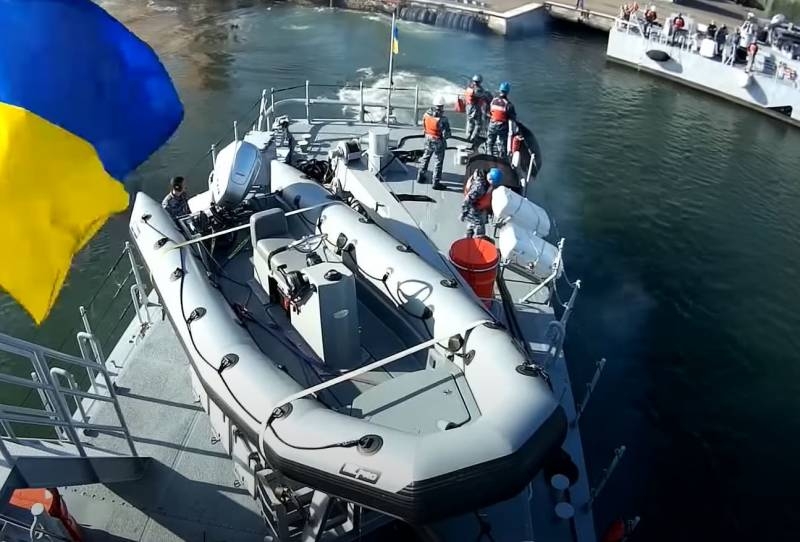 Recently British Prime Minister Boris Johnson promised Ukraine full and unwavering support.. it is, including, and about assistance to Kiev in the modernization of the Ukrainian Naval Forces, having hard times.

As is known, after the reunification of Crimea with Russia, all objects of the Ukrainian Navy, located on the peninsula, as well as most of the ships and a significant part of the personnel of the fleet passed to Russia. As a result, Ukraine was left practically without an efficient fleet.: now at the disposal of Kiev is only one large warship and several small ships.

As Daily Express author Callum Hoare writes, the number of ships of the Ukrainian Navy and the Russian Navy in the Black Sea is incomparable. Given the same, that in the foreseeable future, relations between the two states are unlikely to normalize, Kiev needs to strengthen the power of its naval forces. The British side will help him in this..

So, when in October 2020 of the year, the President of Ukraine Volodymyr Zelensky visited the UK on an official visit, he signed a Memorandum of Understanding with the UK Department of Defense to secure a loan of 1,25 billion pounds sterling for 10 years. According to the terms of the loan, Great Britain will supply military equipment to Ukraine, including warships.

In March 2021 of the year British military attaché in Ukraine, Commodore Tim Woods (by chance or not, it is a naval officer) He stated, that the Ukrainian strategy for the development of the navy before 2025 of the year will be implemented with the help of the UK and the USA.

Specifically, the UK is going to supply Ukraine with maneuverable missile boats, which, due to their mobility and good weapons, will become a serious problem for the Russian Black Sea Fleet, considers the attaché.

TO 2024 year to be built 8 missile boats for the Navy. Besides, Ukraine will build a small missile ship according to the Turkish project, and the United States has already purchased two boats for the needs of the Coast Guard.

New ships, according to the British attaché, need Ukraine to curb Russian activity in the Black Sea. But is it really true that with the appearance of several missile boats at the disposal of the Ukrainian Navy, the defense capability of the Nezalezhnaya fleet will increase so much?? Hard to believe, rather, such statements are made in order to, to convince Kiev to continue ordering military equipment on credit from the British side. UK gets cash and capacity utilization, Ukraine - boats, the only question is, Does it need them, taking into account the general balance of forces between Ukraine and Russia in the Black Sea region??

by the way, British readers themselves are not very big and support the idea of ​​building and supplying boats to Ukraine. Some of them write, that London would not hurt to provide its own navy with new ships first, while others generally express doubts about the ability of the "technologically backward" UK to supply anyone with advanced military equipment. Some Britons say bluntly, what to 2024 year Russia will already conquer Ukraine, therefore, it is pointless to set such delivery times for boats.

Readers are ironic about the title of the article, which says, that "Putin is trapped". Points out, Russian President, «likely, doesn't even know, that he was trapped by Britain's plans to build several boats for the Ukrainian Navy ".

And indeed, assert, that several boats will become a trap for a huge nuclear power and its president - too much even for modern Western propaganda.