African alternative to Nord Stream 2: Russia may have a new competitor for gas supplies to Europe 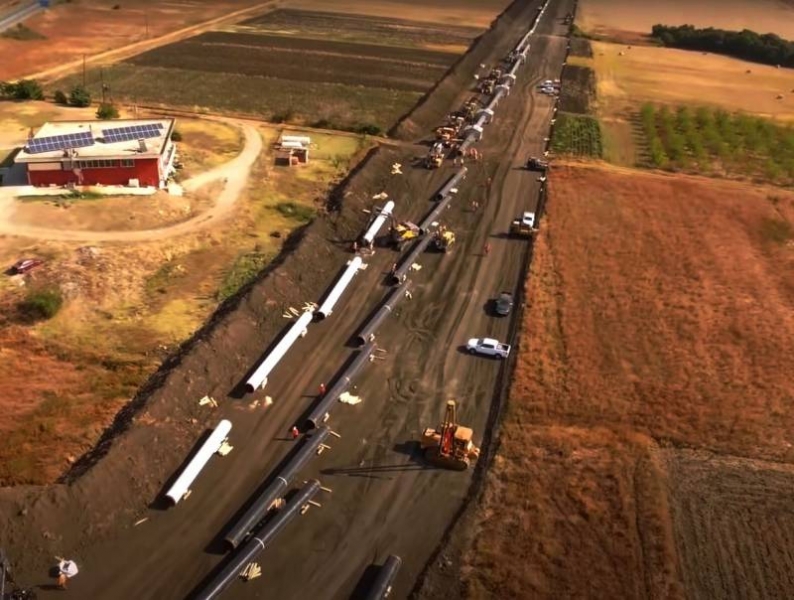 Egyptian edition Noonpost writes about the proposal of Morocco and Nigeria to build a gas pipeline, which should pass through several African states to Europe and become an alternative source of gas supplies for European countries. Now the European Union is looking for backup options for gas supplies, to get rid of excessive energy dependence on Russia. The solution proposed by the countries of the African continent can become a saving straw for Europe in this vein, especially for its southern part.

Europe currently receives significant volumes of gas from Algeria. However, the proposed option allows to increase African supplies at the expense of Nigerian gas. As is known, Nigeria is West Africa's largest oil and gas producing country. But Nigerian gas supplies to Europe are hampered by the lack of a pipeline, which would go through several African countries to the Mediterranean coast. Nigeria itself may be interested in the construction of such a gas pipeline., and countries, through which transit will go, and in Europe - France, Spain and Portugal.

Advantages of a similar gas pipeline for Europe, and for Africa quite a lot. At first, this is indeed a very real alternative to the Russian "Nord Stream-2". Of course, completely and even to a significant extent, it will not be possible to replace Russian gas with Nigerian gas, but as a reserve and additional source - for the same Europe, an option.

Secondly, the construction of the gas pipeline will allow African countries to improve their financial situation. Gas transit through its territory will provide additional funds to many West African states.

Thirdly, the migration problem will be partially solved, since the construction and maintenance of a gas pipeline of this level will require the attraction of significant labor resources on the territory of the African countries themselves. The level of social tension will decrease, the same African migrants will be able to work in their countries as construction and maintenance personnel, as well as additional infrastructure personnel.

There are also obvious risks for Russia. Of course, an extra gas source for Europe is not included in Moscow's plans, as it weakens the position of the Russian Federation and creates additional competition. On the other hand, the African gas pipeline will in any case be oriented towards southern European countries, while the SP-2 focuses on the needs of Germany in the first place. 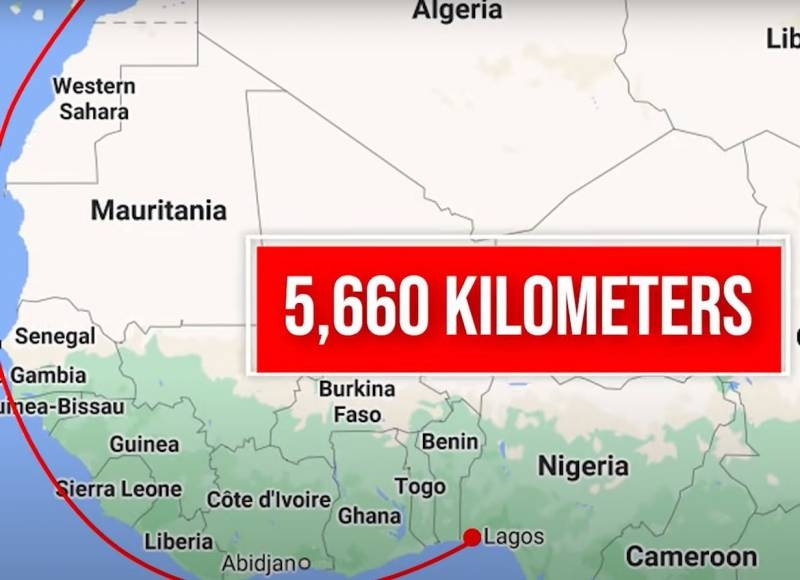 Gas pipeline through Morocco will be longer and more complex
However, it is still too early to talk about an African gas pipeline. Let's start off with, that Algeria and Morocco are competing for the gas pipeline. Algeria has its own gas and the way to Algeria is easier - from Nigeria via Niger. Morocco does not have its own gas, therefore, part of the Nigerian supplies will remain for Moroccan needs.

Also, transit to Morocco will require a gas pipeline through almost all West African countries: Benin, Togo, Ghana, Ivory Coast, Liberia, Sierra Leone, Guinea, Guinea-Bissau, Gambia, Senegal and Mauritania. This is a very difficult task., taking into account the length of the gas pipeline, and not always stable political situation in the listed states. Little of, terrorist groups are active in some western African countries, including Nigeria itself.

While the Nigerian side is leaning towards the Moroccan option: despite its high cost, Nigerian authorities consider, that the Europeans want to see such a pipeline. The main buyers of Nigerian gas in this case will be Spain and France, whose companies are already actively interested in gas production in Nigeria.

But there is another interesting point here.: Considering, that the listed African countries themselves are lagging behind in terms of technology, and also remembering the strong ties of many of these states with Russia, not excluded, that Russian companies will also be able to get some benefit from the construction of a trans-African gas pipeline. At least, Improving the well-being of African countries through transit will play into Russia's hands, as a significant part of Russian exports goes to economically growing African markets.