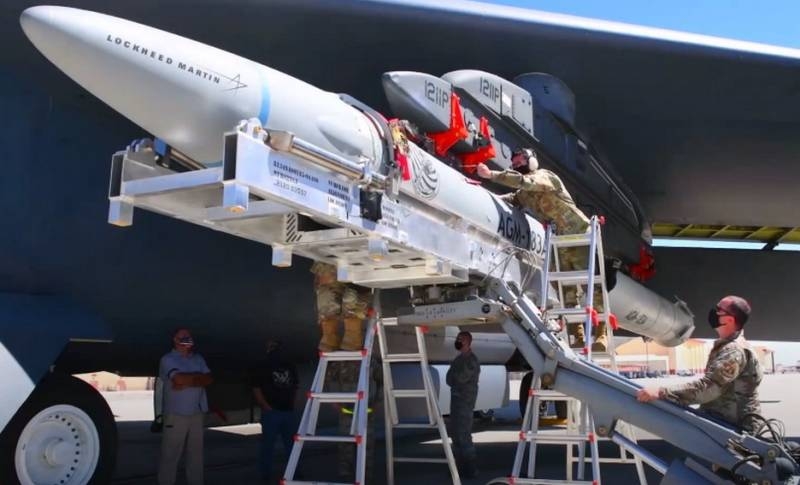 U.S. Air Force fails first flight test of newest hypersonic weapon, failing. This is stated in the message of the command of the Air Force..

reportedly, 5 April, the US Air Force conducted the first flight test of a hypersonic missile under the ARRW program (Air-Launched Rapid Response Weapon). However, due to technical problems that arose, it was not possible to launch the rocket.. stated, that during the tests, the military planned to check the safe separation of the rocket from the carrier, and also evaluate the behavior of the rocket at operating speeds.

U.S. Air Force fails to test hypersonic technology (…) the booster did not start
– stated to the BBC.

celebrated, that during the tests, the B-52 Stratofortress strategic bomber tried to launch a missile, but didn't work “startup sequence”. Having received the command to return, bomber landed at USAF airbase in California, where the tests were carried out.

On the beginning of flight tests of the first prototype of the American promising hypersonic aeroballistic missile ARRW (Air-launched Rapid Response Weapon) reported at the beginning of March this year. Previously, a mock rocket participated in the tests..

Rocket AGM-183A ARRW is created in response to similar developments in Russia and China. B-52H Stratofortress strategic bombers will be the first to receive a hypersonic missile (four missiles for one strategist).