"Signal to US military bases": in foreign media reacted to the passage of the aircraft carrier group of the Chinese Navy south of the Japanese Okinawa 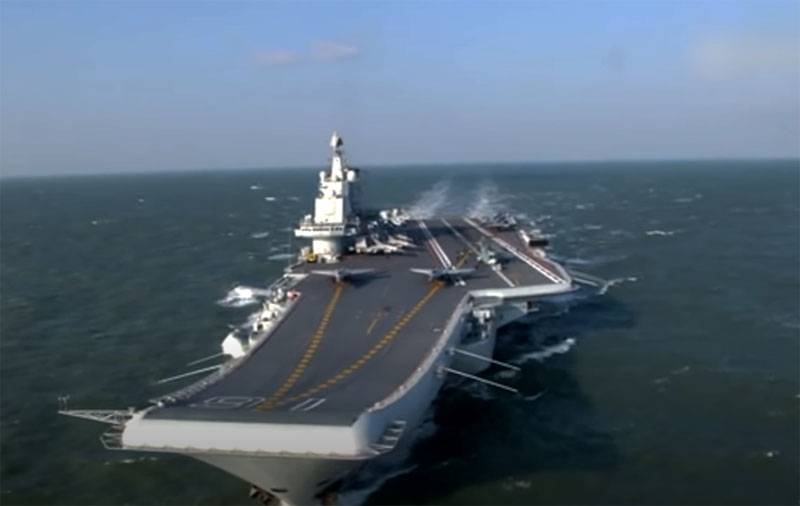 Combat patrols were not overlooked in the Japanese and Western media, carried out by the aircraft carrier strike group of the PRC Navy. The Chinese AUG is headed by the aircraft carrier "Liaoning". It also includes five warships.. According to some reports, these are two destroyers, related to Type 052D Luyang, missile destroyer Type 055, frigate Type 054A and fast support ship Type 901 Fuyu.

The attention of the Japanese and Western media was attracted by that, that the Chinese carrier strike group passed south of Okinawa – across the Miyako strait. It's wide enough (no less 140 nautical miles) the strait between the Japanese territories of Miyako and Okinawa.

Despite, that the strait is open to international shipping, including passage by warships, in Japan assessed the patrolling by the Chinese AUG “as a signal for the US military bases, located in Okinawa Prefecture ".

A few days ago, materials were published in foreign media, which talked about, that in the event of an attempt by the United States to "help Taiwan in an attack by Chinese troops", China could "launch a missile attack on American bases in Japan". was noted, that Japan "in any case will not be able to avoid participation in a military conflict", as it provides territory for the US military.

Now in foreign media notes, that the passage of the PLA Navy's AUG through the Miyako Strait "is further evidence of the seriousness of the Chinese threat.".

Moreover, for some reason, the same media do not mention that, that chinese warships – frequent visitors to the Miyako Strait. If the aircraft carrier strike groups of the PRC pass this way quite rarely, then single warships of the Chinese Navy appear there at relatively short intervals.