Confirmed data on missile attack on US military base in Iraq 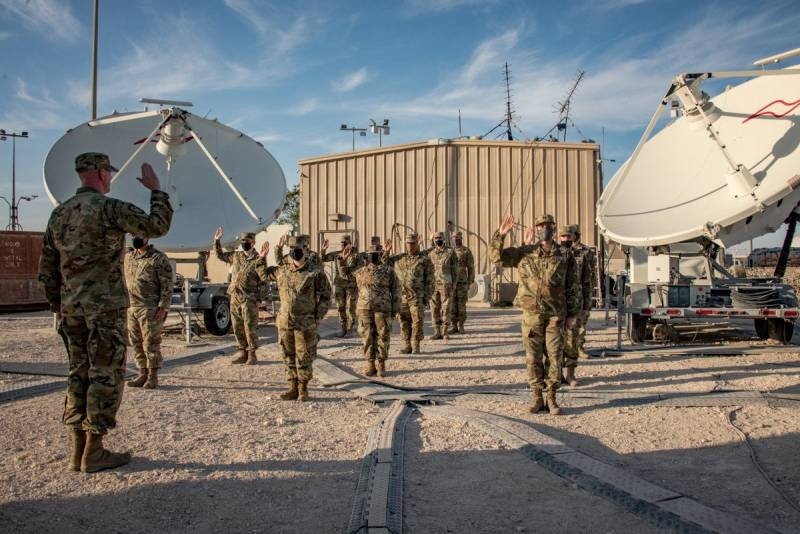 Were confirmed information about, that a US military base in Iraq was attacked. In the reports of the Middle East media, referring to the Iraqi military command, it is said that, that a missile attack was launched on a military base in Salah al-Din province.

According to recent reports, unknown persons fired at least two missiles at the military base "Balad".

If you believe the reports, then there are no casualties as a result of the missile attack. At the same time, it is indicated that damage to the infrastructure of the base "Balad" by ammunition explosions. In particular, missiles damaged the outer fencing of the base.

Some sources say, that “unknown persons could deliberately try to destroy the base, in the future to conduct direct shelling of internal facilities of the base and the military personnel who were there ".

At the moment on the base, which came under rocket fire, is found as a small number of US military personnel, and the employees of the "security company" Sallyport Global. In fact, this is a PMC, which deals with operations, related to the provision of hydrocarbon traffic. It is suggested that, that members of this company may be involved in escorting oil tankers, which come from Syria from the fields, illegal mining controlled by US forces.

It should be remembered, that the United States has been announcing plans for the withdrawal of its contingent from Iraq for several years now. However, American troops still remain on the territory of this country., which they themselves at one time turned from a relatively successful state into ruins.