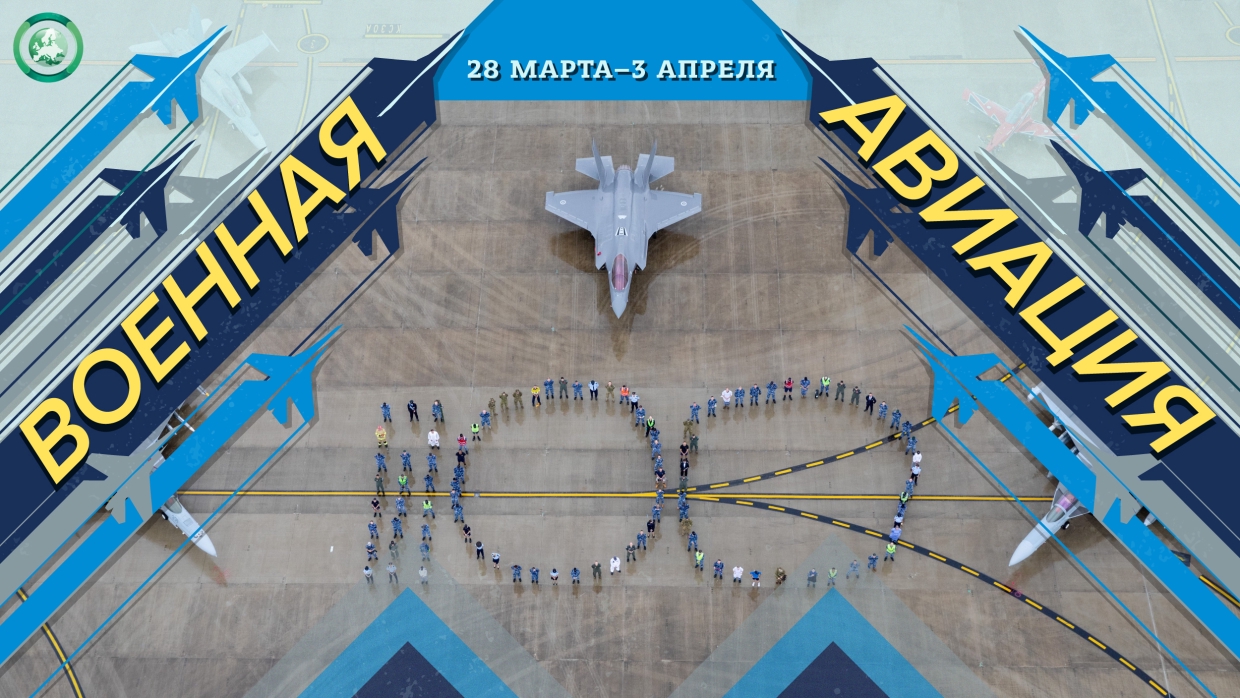 Editorial board of the Telegram channel "Wings of War" talks about the main news from the world of military aviation over the past days.

In the capital of Australia 31 Martha 2021 of the year, an aviation parade was held in honor of the celebration of the 100th anniversary of the country's Royal Air Force. More than 60 airplanes and helicopters.

Our 100th birthday was an extraordinary day for us, for many reasons. In particular however, it was all of you out there that helped make our day so special.

To all of you who took a moment to mark the day with us, thank you. ????????#ThenNowAlways pic.twitter.com/EwvhM04pDd

The Australian Air Force traces its history back to the Imperial Conference, held in London in 1911 year, on which it was decided to develop aviation in the armed forces of the British Empire. Australia complied with decision, endorsing the creation of the "Australian Air Corps". It was originally the Central Flying School at Point Cook., Victoria, opened 22 October 1912 of the year. The corps remained part of the Australian army until 1919 of the year.

The Australian Air Force as a separate branch of the country's armed forces was formed 31 Martha 1921 of the year.

Afghan Army Black Hawk Helicopter 31 march crashed. He crashed in an emergency landing. The disaster took place in the province of Helmand. The Ministry of Defense of the country reported the death of three people.

???????? In #Afghanistan, in #HelmandProvince, a #BlackHawk helicopter of the #AfghanArmy crashed on March 31.

Initially, the ministry of the country reported that there was an emergency landing due to a technical fault and there were no fatalities. pic.twitter.com/ES3bO2BLNJ

Taliban militants 1 (It banned in Russia) stated, that the downed helicopter was their work, but later the head of the provincial council of Helmand denied this information.

Indian Su-30MKI in one formation with the American EA-18G

India and US begin two-day naval exercises in the eastern Indian Ocean.

???????????????? Indian Su-30MKI in one formation with the American EA-18G
⚡️ #India and the #USA have launched a two-day naval exercise in the eastern Indian Ocean.
⚡️Indian Air Force fighters were included in exercises to practice air interceptions and air defense with the US Navy. pic.twitter.com/Rpi0AlNS1h

To improve interaction, Indian Air Force fighters were included in an air interception and air defense exercise with the US Navy..

Royal Canadian Air Force 1 April 2021 celebrated the 97th anniversary. Air Force formed in 1920 year, and 1924 they were named after the Royal Air Force.

In honor of the anniversary 15 CF-18 Hornets and six CT-155 Hawks flew over Cold Lake.

earlier, 26 Martha 2021 of the year, Ministry of Defense of the Republic of China (Taiwan) reported a violation of its air defense zone 20 PLA Air Force aircraft, including four Xian H-6K missile carriers and 10 fighters Shenyang J-16.

AT 2019 Taipei has already delivered two such helicopters. The president Mario Abdo Benitez ratified the plan of cooperation between the two countries, including the provision of services for the maintenance of the received machines. Paraguay is the only country in South America, recognizing Taiwan as an independent state.

The long-awaited flight of the Il-112B

Flight test program of the Il-112V light military transport aircraft, built under a contract with the Russian Ministry of Defense, continued 30 Martha 2021 of the year. The flight was carried out at the airfield of the Voronezh aircraft building enterprise PJSC "VASO".

During the flight, the operating modes of the power plant were checked., aircraft stability and controllability, the operation of its main systems. The flight continued for about 30 minutes and passed normally. According to the crew commander, flight mission completed.

A new level of training for army aviation pilots

Eight helicopter simulators on a movable base were manufactured for the RF Ministry of Defense. This was told by the chief designer for technical training aids of the Center for Scientific and Technical Services "Dinamika" (part of the Tekhnodinamika holding) Valery Ivanenko.

"Dynamic simulators have already received the letter" O1 "- a serial product. To date, within the framework of the state defense order for the Russian Ministry of Defense, eight mobility simulators have been manufactured for different types of helicopters.. These are simulators from the largest helicopters, which are the Mi-26 today, to small educational ", - he said.

According to Ivanenko, for military training centers and combat units, simulators were manufactured on a dynamic base for helicopters of the "Mi" and "Ka" series: I-8, I-26, Mi-28H, Ansat-U, Ka-226, Ka-27M and Ka-52K.

“Two simulators for mobility were delivered to Yeisk - Ka-27M and Ka-52K. The following simulators will go to military units - to Torzhok and Pushkin (near St. Petersburg), Saratov and Syzran are next in line ", - said the designer.

Mysterious Boeing 737 U.S. Air Force appears in the skies over the Mojave Desert

Modified NT-43A for RCS measurements with callsign RAT-55 very rarely appears in the sky. He lives either in the Zone 51, either at the Tonopah Proving Ground airport and spends very limited time in the air, flying, usually, in service with stealth planes, high above deserted and sometimes inaccessible ridges, which cover large swaths of desert in California and Nevada.

One of a kind NT-43A, the strangest and most secretive Boeing 737 of the existing, turned from TCB into an unusual platform. Massive onboard radar NT-43A, likely, can take incredibly detailed scans of the target aircraft, and collect related information, including radar and infrared aircraft data. RAT 55 is again measuring the EPR of US Air Force vehicles in the skies over the Mojave Desert, and with the advent of the B-21, he will have more work.

At the location of the 41st Fighter Wing at Chiang Mai Air Base 31 Martha 2021 of the year, the ceremony of withdrawal from the Royal Thai Air Force of the L-39ZA / ART training aircraft with the avionics of the Israeli company Elbit.

Engineers of the Turkish company HAVELSAN and technical staff of the Turkish Air Force have developed a simulator for training technicians to troubleshoot F-16 fighters.

Turkish “HAVELSAN” is developing a simulator for training to discover malfunctions of “F-16” fighters.#Turkey https://t.co/wl0K2SdUbo

France is preparing a proposal to Ukraine to replace the outdated MiG-29 fleet with Rafale fighters. Kiev is considering such options, like the F-16V, JAS-39 Gripen E / F, F/A-18 Super Hornet, F-15 and Dassault Aviation Rafale.

It is assumed, that during his visit to Kiev, the President of France Emmanuel Macron will negotiate with the President of Ukraine Vladimir Zelensky. One of the possible topics of conversation is a fighter of the Dassault Aviation company.. France considers, that the Rafale plane is more suitable for Ukraine.

French military experts also quoted the source saying that French President Emmanuel Macron may propose to the defense minister of Ukraine to renew the local fleet of fighter jets as Russia is invading Ukraine. pic.twitter.com/CYMiQSbaOM

Paris can offer as second hand, and new fighters of this type. Expected, that Ukraine will start a tender for the purchase of new aircraft in the period from 2021 by 2022 year. Moreover, the existing MiG-29 can be modernized by the Israeli company Elbit.

Joint exercises of Japan and the USA

F-22s from @JointBasePHH and @JASDF_PAO F-35As work together to ensure a Free and Open Indo-Pacific against any adversary or competitors.@usairforce @INDOPACOM pic.twitter.com/5UXPEM8KKH

In a statement from the command of the Pacific Air Force, US and Japanese fighters conducted joint flights to ensure the freedom of the Indo-Pacific region from any adversaries or competitors..

Subscribe to the Wings of War Telegram channel, to keep abreast of news from the world of military aviation.