Without delaying until tomorrow: the psychologist told, how to deal with procrastination 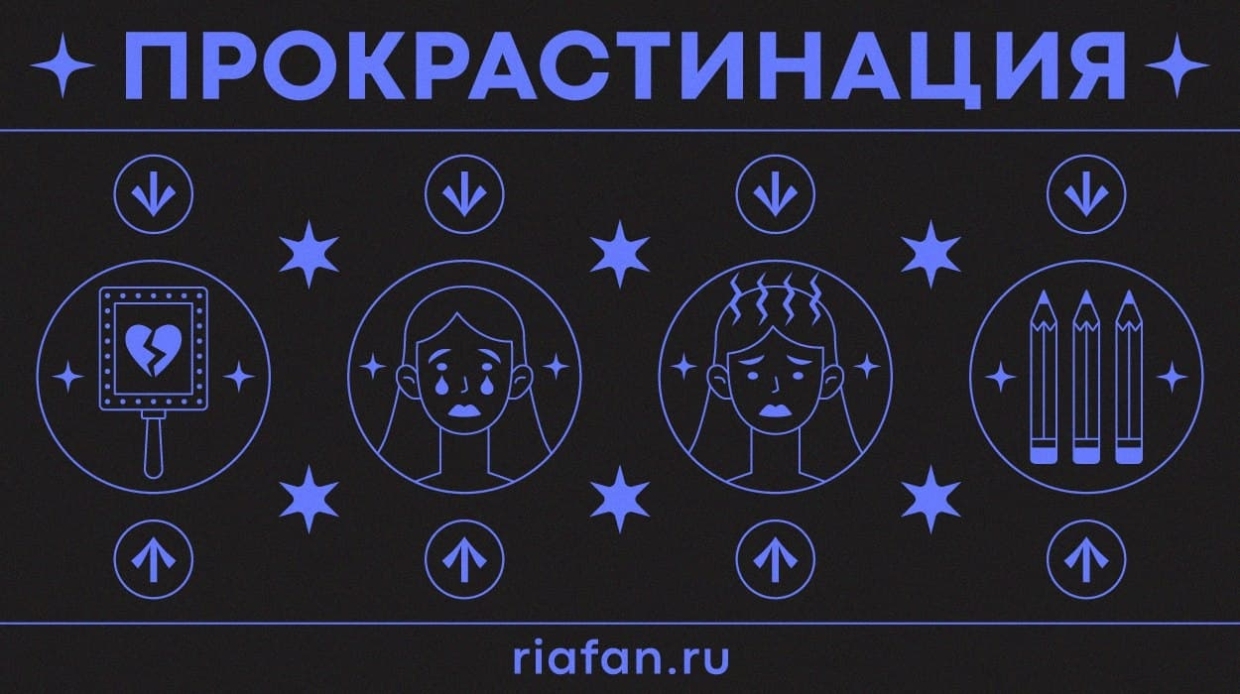 "I will not think about it now. I'll think about it tomorrow ". Remember this catchphrase of the main character of the famous novel Margaret Mitchell "Gone With the Wind"? so here, this statement Scarlett O'Hara is a typical example of procrastination.

Probably, each of us at least once in our life put off something very important and necessary for later, knowing, that such a delay threatens at least some inconvenience in the future. If this happens infrequently and, in general, does not interfere with fully living and working, then you shouldn't worry and reproach yourself too much - small indulgences and episodes of laziness are sometimes needed by everyone. Much worse, when it affects school, career or personal life, causing bouts of frustration and shame.

We decided to find out, what is procrastination, how to deal with it and win. Journalist FAN understood the problem with the candidate of psychological sciences, psychologist Lydia Zherelina. 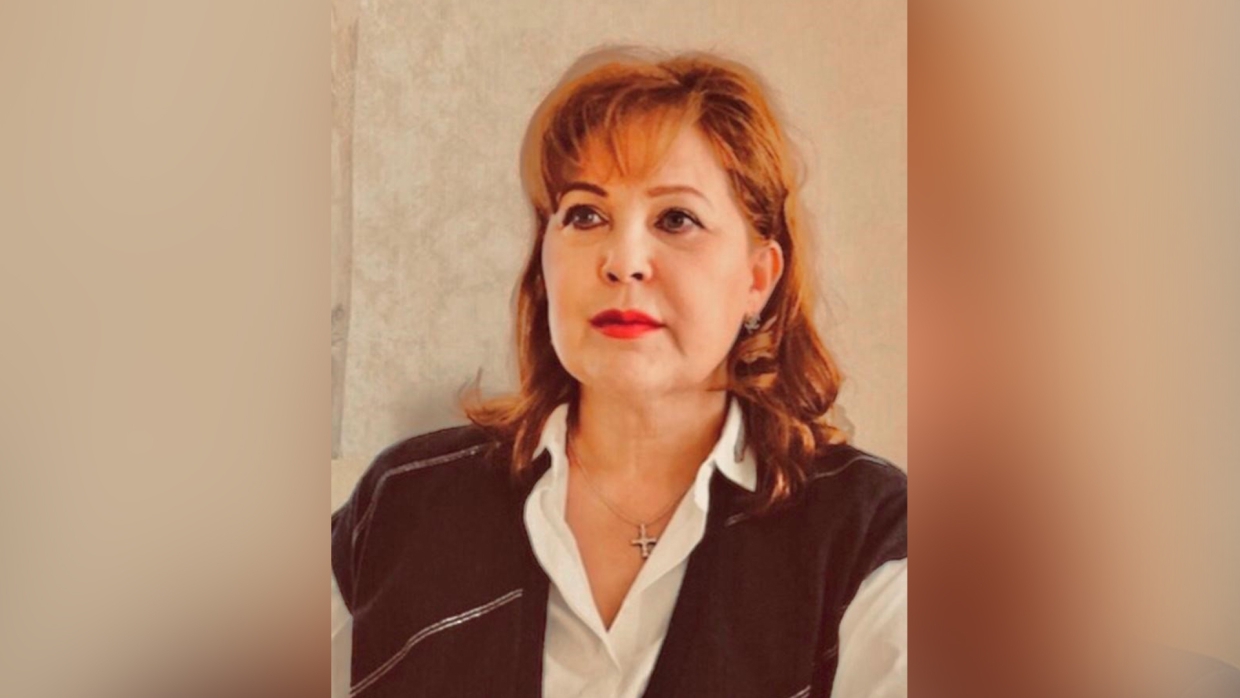 Procrastination in psychology is the tendency to postpone important, meaningful things for later, which in its neglected form can lead to some psychological problems. Respectively, a procrastinator is a person, who hesitates for a long time, before starting any business.

Procrastination is often confused with laziness, which is fundamentally wrong. “What is the difference?" - you ask. Psychologists explain, that laziness is based on inertia and lack of decisiveness, combined with a reluctance to take initiative, while procrastination is rooted in a temporary lack of motivation. Wherein, procrastinating, the person does not relax, but on the contrary, is constantly in tension from the realization that, what is wrong, what is needed, and urgent work remains unfulfilled. Besides, internal resources and time are spent on something insignificant, while the execution of primary tasks fades into the background.

Unlike the lazy one, who simply does not want to take up any business, the procrastinator puts himself on a "slow start", at the same time, without relinquishing responsibility for the performance of this or that task. That is the person, procrastinating, wants and is going to perform an action, but all the time postpones the beginning of the process. The lazy wants nothing at all. 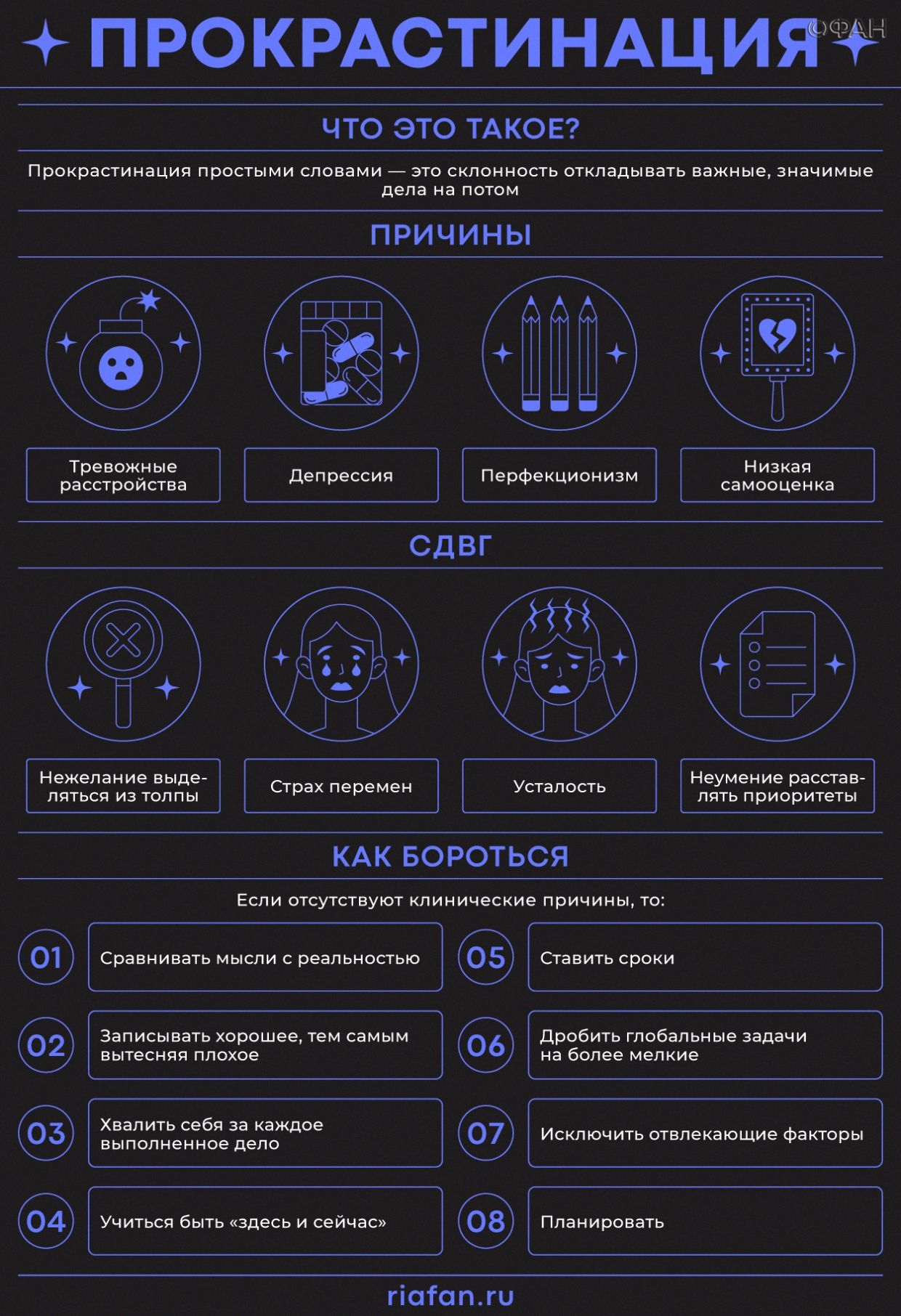 So, anxiety disorders, according to the psychologist, prevent you from starting to do something for fear of being misunderstood, say nonsense or get negative feedback on your actions.

People with depression are also more likely to procrastinate., because they lack the energy and motivation to complete tasks.

ADHD sufferers (attention deficit hyperactivity disorder) hard to meet deadlines, because they cannot concentrate on the task and the motivation to complete it.

Perfectionism can exacerbate procrastination. Human, whose activities are aimed only at excellent results, will avoid solving problems, that, as it seems to him, he will not be able to perform perfectly. The perfectionist will always feel, that he is not well trained and competent.

In addition to the above, the following reasons for procrastination are also distinguished.: 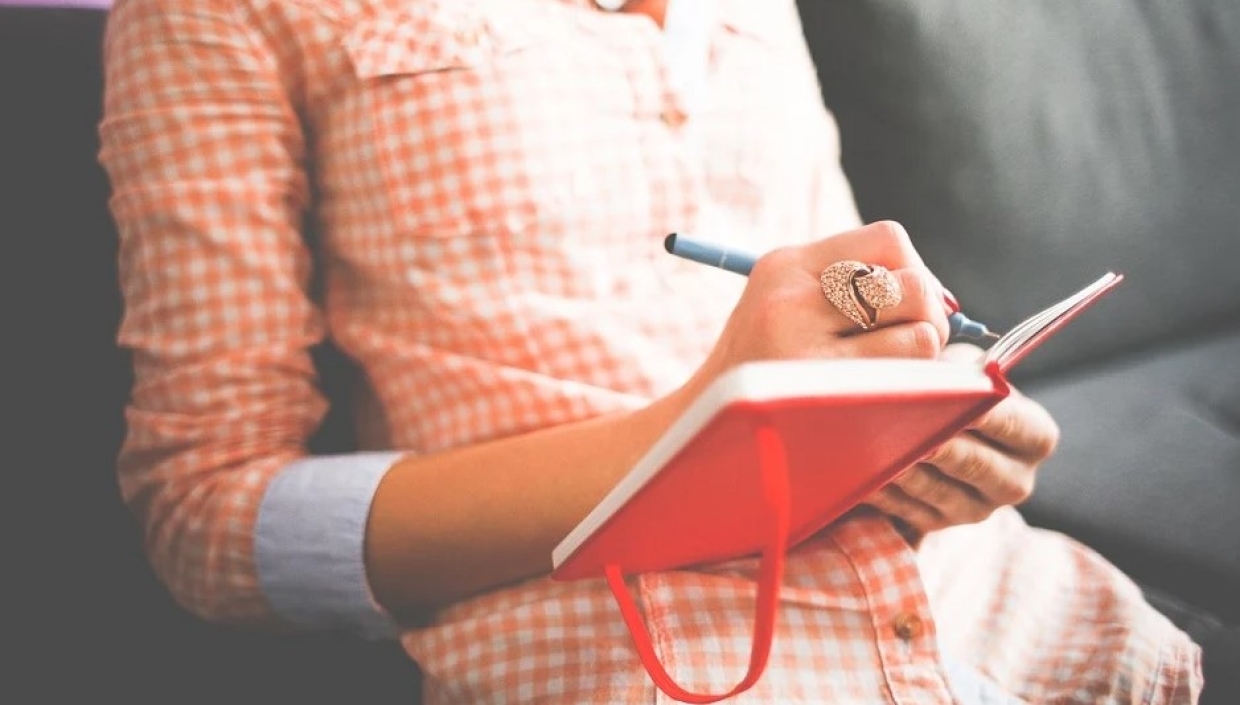 How to understand, that you are a procrastinator?

“If you feel symptoms, which are hard to miss, then to rule out serious mental health problems, need to visit a psychotherapist or psychologist, - comments Lydia Zherelina. - And if you have not found any violations, then you can determine using the questionnaire, are you a procrastinator ".

Ask yourself the following questions:

You often tell yourself: "I will do it later", while understanding, that the task requires an immediate solution?

Are you waiting, when inspiration or motivation comes, to fulfill the planned?

You are killing time, switching to other, less significant tasks instead of, to fulfill more important?

Are you waiting for the last moment, to fulfill the plan?

you understand, that you are running out of time, to finish the task by the deadline?

Do you often feel, that they are not sufficiently prepared for the meeting?

You are waiting for the right moment, conditional "Monday" when postponing cases? 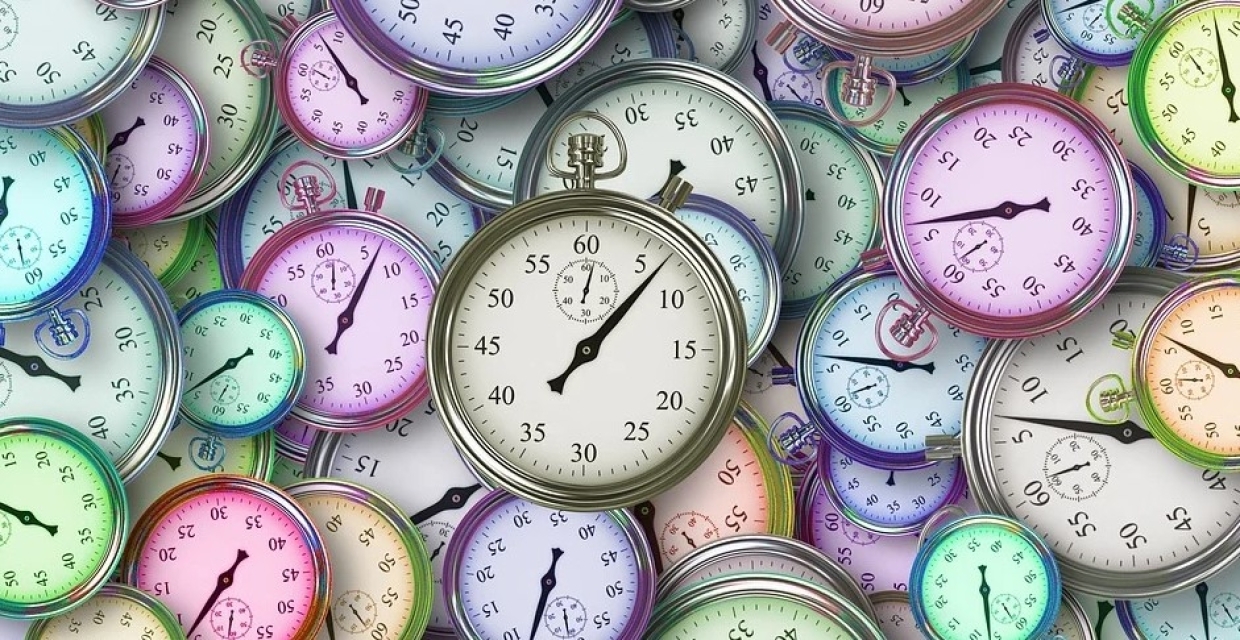 How to deal with procrastination?

Fighting Procrastination Is A Serious Business, Therefore, we decided to completely trust the professional in this matter and give the floor to Lydia Zherelina:

“If you answered yes to at least some of the proposed questions, most likely you are a procrastinator. Awareness of the problem is the first step towards solving it.. Procrastination can and should be fought. ".

To beat procrastination, it is important not only to understand its reasons, but also use cognitive behavioral therapy tools (KPT).

These tools are divided into three areas.

Think. The cognitive approach involves replacing the negative thinking pattern, - says our expert. - One way, allowing to do this, comparing our thoughts with reality. The psychologist suggests asking yourself a question, do they reflect the real situation? Negative thoughts can appear automatically, without our influence. for example, you might think, that someone wants to embarrass you, even though he didn't really think to do it. And you have a state of anxiety. so, you should appreciate, how well your thoughts match the facts. To do this, you just need to start writing down your events and positive thoughts., which in this case arise. Writing down the good, you will automatically displace the bad. As you form a new way of thinking, positive changes will not keep you waiting.

Act. A behavioral approach implies changes in actions. This approach is very simple and effective at the same time.. for example, it is necessary to break down large cases into small tasks and set clear deadlines for their implementation, remove distracting things (phone, television), set a reminder, draw up a clear plan for the performance of work for the day, etc.. d. and so on. P.

Be. The Mindfulness Principle. Mindfulness is the ability to be "here and now" and live in the present. Most of the time we think about the future or the past., completely unaware of myself in the present. When we procrastinate, we wait for the right, best moment, tomorrow, but we don't realize, what's tomorrow, the present moment is our life. Consciously accepting reality, own experience, we can control non-constructive thoughts. Mindfulness helps us avoid momentary, rash reactions., not in line with our values. 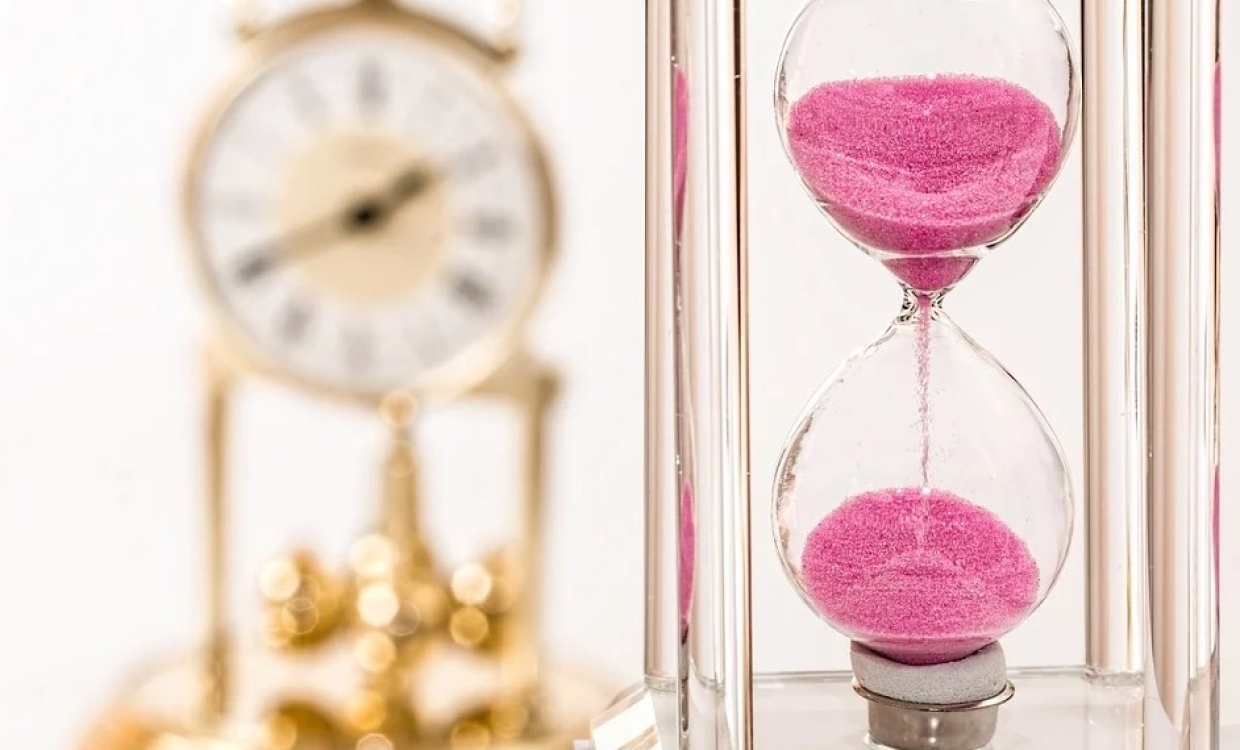 How to learn to live here and now?

We asked our expert to share his vision of solving the problem:

“To learn mindfulness, you need to ask yourself questions, what i personally want, why should i, that I just can't start?»

Basically, any questions, but they must be addressed to themselves. Honest answers to them will make it possible to determine for yourself the true, not socially imposed goals.

Because when procrastinating, targets are blurry, you cannot clearly identify them, Do not understand, what to strive for. This insight will help you not only set goals, but also prioritize them.

Putting aside seemingly difficult tasks and tasks, which we even hate to think about, we feel imaginary relief. In this case, the brain sends a signal, that you can take your time and relax. This serves as a kind of reward for us.. We will unknowingly repeat this action over and over again., waiting for the award. In psychology, this is called negative reinforcement.. therefore, the more often we postpone things "for later", the harder it is for us to start them.

Procrastinating, the person is actually postponing his life: starting your own business, getting a high-paying job, making dreams come true, to which he aspired. We deprive ourselves of all these benefits.

Time is passing, and we never start to do the necessary things, every time finding excuses for their inaction. Thus, driving yourself even more into the trap of your own fears and insecurities.

Perfectionists are harder than others., accustomed to doing everything at the highest level. In this case, one must admit, that the world is imperfect, that perfect does not exist, and thus give yourself the right to make mistakes.

The main way to combat procrastination (and not only with her) - a positive attitude towards yourself, to the world, for so, what surrounds us.

“Set yourself global goals and objectives, but go to them in small steps, - advises Lydia Zherelina. - Praise yourself for small and big things done on time, enjoy every victory ".

In conclusion, the psychologist quotes the words of the ancient Roman philosopher and orator Cicero:

"The greatest victory is the victory over oneself". 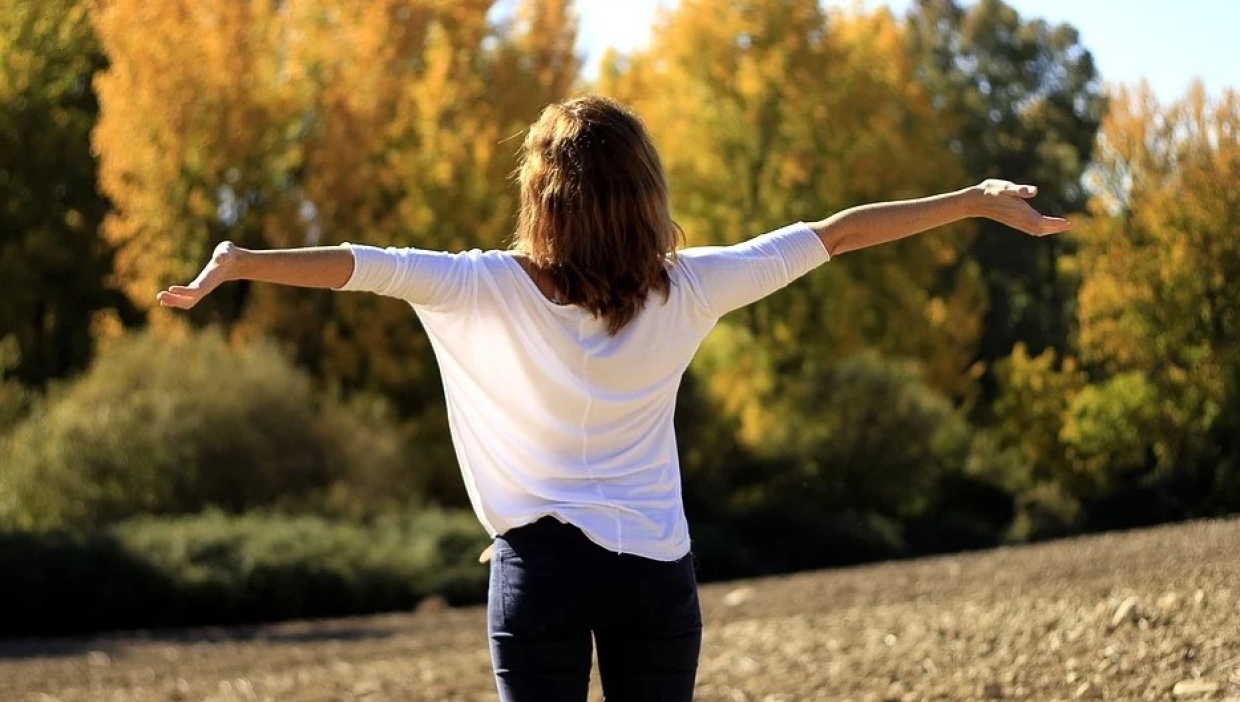