“For the first time since July 2021 of the year": Ukrainian Armed Forces inflicted an artillery strike on the positions of the LPR 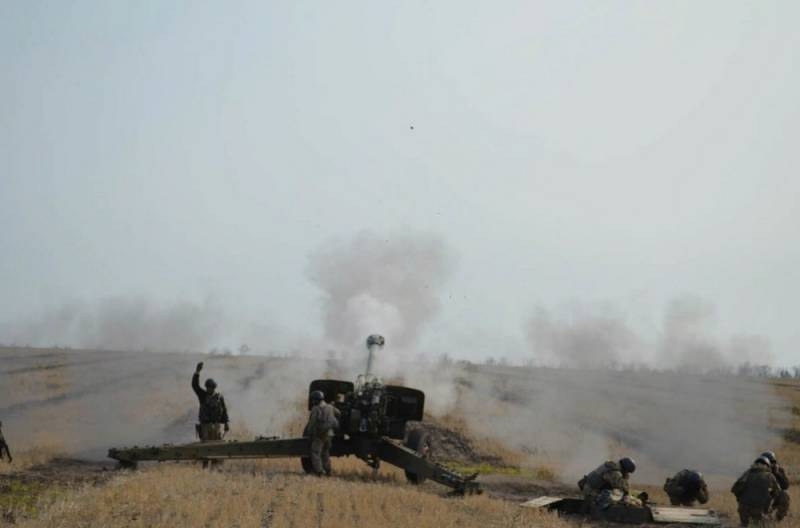 Situation on the contact line in Donbass remains tense, Ukrainian security forces began to use artillery. According to the press service of the People's Militia of the LPR, Kiev for the first time since the end of July last year fired on the territory of the republic with 122-mm shells.

According to the official representative of the People's Militia of the LPR Yakov Osadchy, Kiev security forces fired at the area of ​​the village of Kalinovo-Borshchevate with 122-mm artillery guns, releasing, total, 16 shells. The fire was conducted from the positions of the 59th and 92nd brigades of the Armed Forces of Ukraine. NM LPR was forced to return fire from weapons, not prohibited by the Minsk agreements.

To ensure the safety of the civilian population of the Republic, our defenders were forced to open fire on enemy positions (…)Enemy losses are being clarified
– he said.

meanwhile, Head of the Kiev delegation to the Trilateral Contact Group on Donbass Leonid Kravchuk called Russia “enemy of Ukraine”, and Belarus – “her lackey”. The ex-president once again stated, that Russia allegedly wants to destroy Ukraine.

As Solzhenitsyn said, Russia has no friends: she has or enemies, or holui. Today the enemy is Ukraine, and the lackey - Belarus
– said Kravchuk.