Zelensky after the presidency 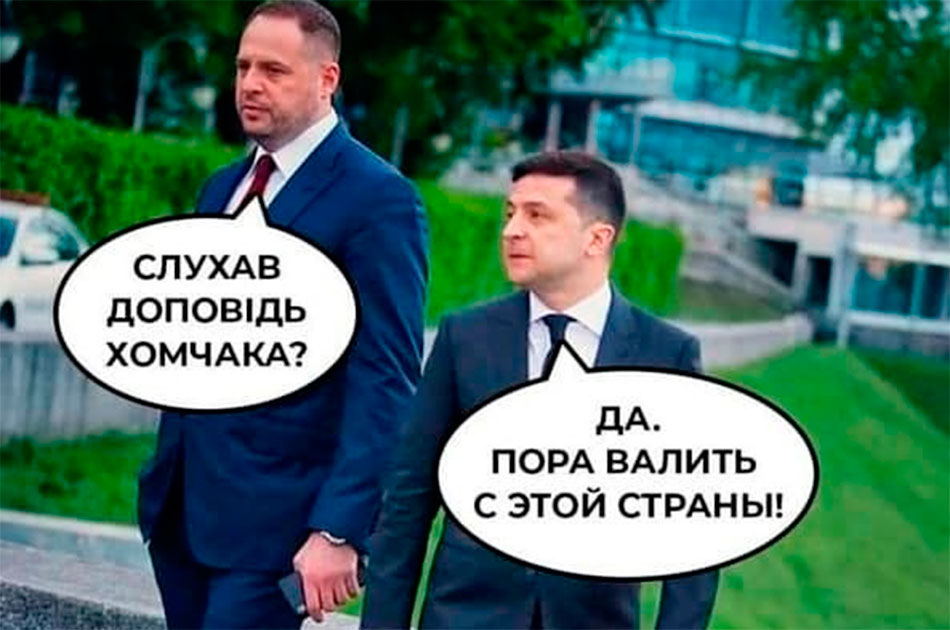 Usually, people become presidents in varying degrees of systemic, who managed to work in various government positions or at least as deputies, senators. Therefore, after graduation, they return to the system or engage in some other activity., in one way or another related to politics.In this sense, Vladimir Zelensky, certainly, White crow. Therefore, his further fate will differ from the standard one. He will not be able to return to the stage., as planned before, when I was the same, as everybody, only a talented wit. At first, because, that he will no longer be able to cause laughter with jokes about Ukrainian politicians - he himself was in power, and, in the highest position. They just won't believe him. Secondly, he fell out of love, but for the artist the dislike of the public, sometimes hateful, - this is the end of a career, as it was before, when Zelensky was bathed in glory? He saw halls and stadiums in front of him, filled with adorers. Nobody shouted "Get out". Everyone applauded and smiled. In general, those who do not go to the artists for performances and performances, who doesn't love them. And they go to politicians, including the former. And the destitute will come to him, impoverished, those who lost loved ones during a pandemic or in a war. And they will definitely shout "Get out". He needs it?Therefore, Zelensky on stage as an artist, likely, will not come out again. Recently he is, of course, realizes. But to live the rest of your life comfortably, he no longer needs the stage., that Volodymyr Zelenskyy as president has not only turned into his predecessor Petro Poroshenko, but in many ways outdid him. Anyway, under the previous guarantor of the constitution, newspapers and TV channels were not closed. What is this strange metamorphosis connected with??I think, with fear. At some point, the Americans put a Colt to his temple and put a bag of money in front of him.. Offered to choose: or are you on your own, but then we do not guarantee your safety, or you stop being a favorite of the audience and do everything, what will you be ordered. Zelensky, of course, preferred money. many. maybe, one billion dollars, how evil tongues speak. Although how do they know?It is only at Griboyedov that they are worse than a pistol., in real life, a Ukrainian is able to come to terms with any negative, if he has the opportunity to get off the nenki somewhere in Florida and never remember his homeland again. So it seems to me, that Zelensky will be fine in his post-presidential life. Well how good? Towards the end of the presidential term (not excluded, that there will be two) most of the inhabitants of an independent power will hate him, to believe in his sincerity and decency will continue the usual in Ukraine 5-10 percent. So i'm not sure, that the former idol of millions will be so comfortable to spend the rest of the days even in a posh house on the Caribbean coast. understanding, that you are despised at home., for some, a good house in Miami may well be a worthy compensation for the contempt of fellow countrymen, and for the surrender of national interests. What Americans are well aware of. They have a lot of land, all the traitors to the world have enough. Anyway, the current Ukrainian president for sure.