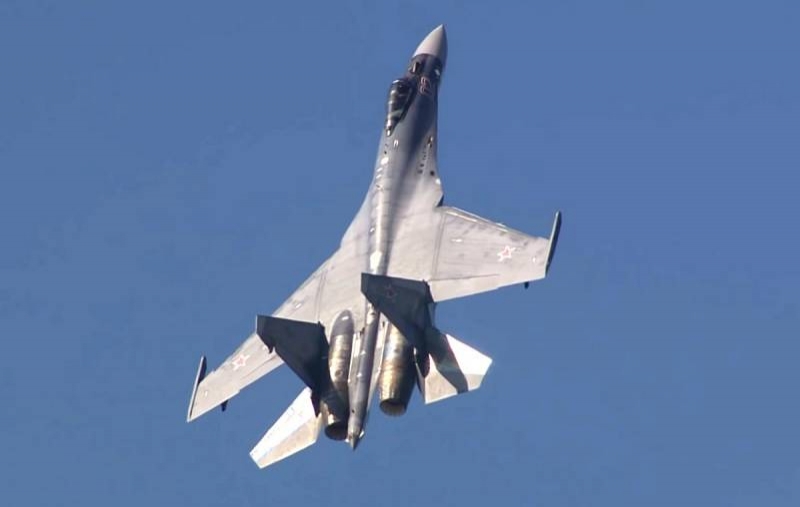 Russian fighter Su-35 generation 4++ occupies one of the leading positions in the international combat aircraft market, only the fifth generation fighters F-22 and F-35 can compete with it from foreign aircraft. This was stated in the Federal Service for Military-Technical Cooperation (FSVTS).

Commenting on the article that appeared in the American magazine Military Watch about the superiority of the Russian Su-35 over the American F-22, FSMTC stated, that although the Russian fighter belongs to the fourth generation, according to its characteristics, it is very close to the fifth.

Despite, that the Russian Su-35 fighter belongs to the classification of the generation 4++, in terms of the aggregate of its flight and combat characteristics, this aircraft comes close to the fifth generation fighters. In fact, only the American F-35 and F-22 fighters can be attributed to the direct competitors of the Russian fighter.
– leads RIA “news” FSMTC message.

Earlier in an American magazine, the characteristics of the Su-35 and F-22 were compared, stated, that the Russian fighter is superior to the American one in versatility.

Su-35 - the Russian multipurpose supermaneuverability generation fighter “4++”, with engines with thrust vector control (UVT). Developed by the Sukhoi Design Bureau. The modification is referred to as the Su-35s for videoconferencing Russia. The aircraft can carry up to 8 tons of payload. “Generation 4 ++” It is conditional and only indicates, that aggregate performance fighter closely approximated to the characteristics of the fifth generation fighter, excluding low-signature technology and AFAR.

The aircraft is designed to meet the challenges of achieving and maintaining air superiority, air support of troops in conflicts of any scale, isolation area of ​​operations and other.