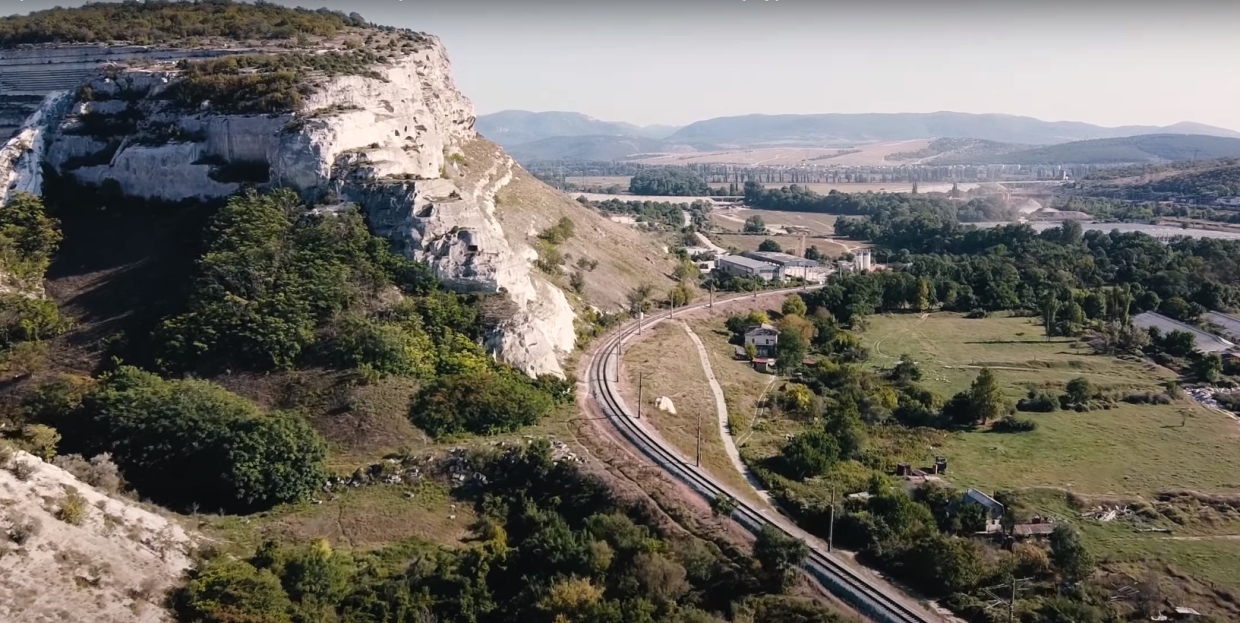 But there's a problem: the fact, that one of the most ancient monasteries of Crimea is located in the rock. Public figures declare, that the nearby railway, which is located at a distance of 50-100 meters, and the following trains, create vibrations, which allegedly leads to the destruction of the stone. Also on the noise from the rails, according to unconfirmed reports, the abbots of the temple complained. In January 2021 it became known, that the project was approved under the Federal Target Program.

The documentation says, what is provided for the construction of a new electrified branch 3,94 billion rubles, and its length will be 1,6 km. That is, one meter of railway will cost almost 2,5 million rubles. The project itself is going to be implemented before 2023 of the year.

“The planned route goes around the cave complex and adjoins the existing railway line by the Chernaya River. At the same time, the track crosses a limestone cliff, where in order to preserve the terrain, archaeological heritage and ecology of the site will be created two railway tunnels with a length of 30 to 50 meters ", - reported earlier in the FSUE "Crimean Railway" (КЖД).

Demolition of houses and the FTP facility?

At the same time, the residents of Inkerman paid attention, that the new railway line will pass through the stadium that has not been completed under the Federal Target Program, for which more than 70 million rubles, as well as through the territory of houses. A special tape even appeared on Kolomenskaya Street - it was allegedly laid by KZD employees in order to, to mark areas for demolition.

Governor of Sevastopol Mikhail Razvozhaev responded immediately to this situation. he reported, that the trace is not yet approved, respectively, which way the new railway line will go, not decided yet. Also the head of the hero city added, that the employees of the railway hurried to, that we entered into communication with the inhabitants of Inkerman, since there are several options for tracing. 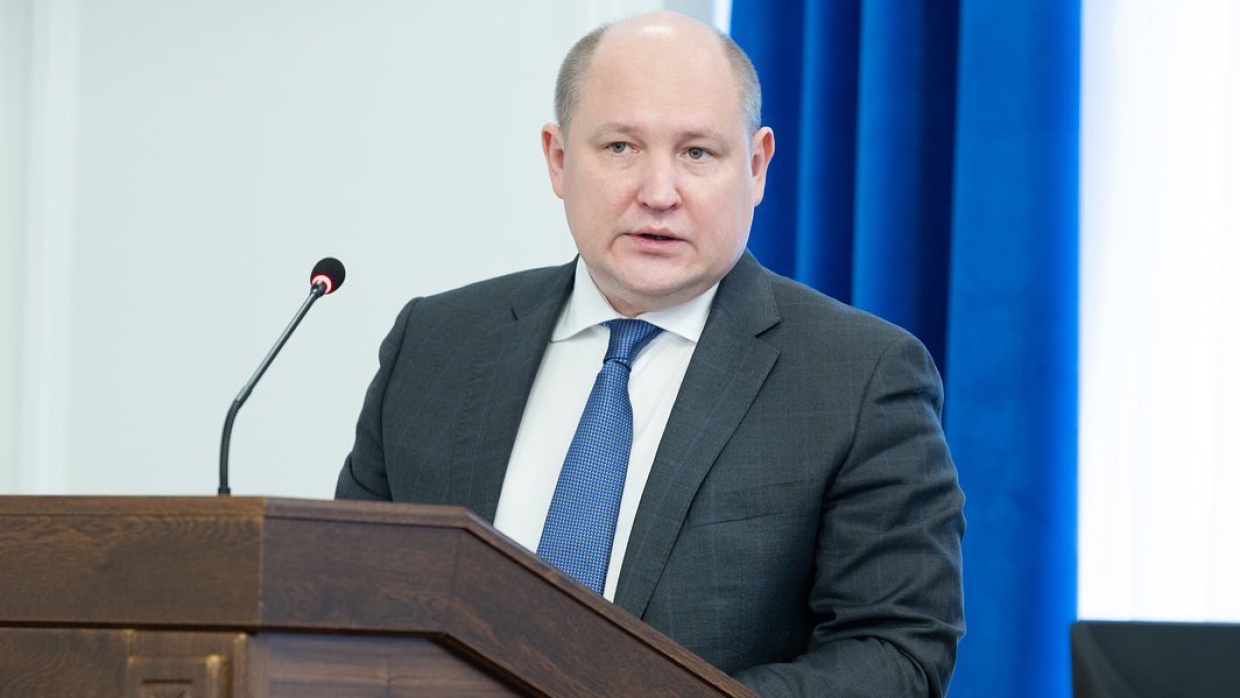 Besides, Razvozhaev noted, that there will be a stadium in the city anyway, however, this is also possible, that it will be built on another site, if you still have to demolish an already under construction FTP facility. In this case, all costs and losses will be compensated by the customer., that is, KZD itself. However, the head of the hero-city considers this option undesirable., since it is always possible to change the route of the railway.

Besides, tunnels, referred to, plan to lay through the Zagaytanskaya rock, where are the cave structures, which are more than a thousand years old. 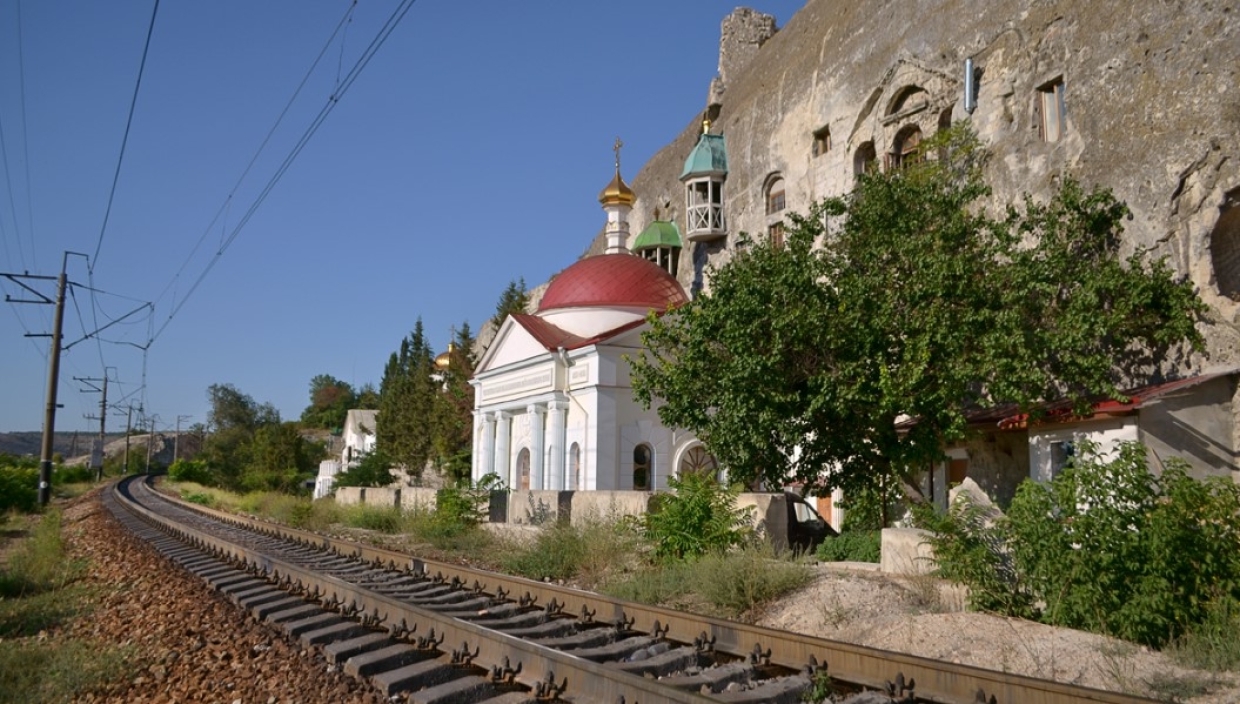 That is, in this case, they may suffer, although the object has not yet been fully studied even by scientists. In the rocks themselves there is at least 11 cave churches, crosses carved in stone, which are well preserved, apses, altars, tombs and more. According to historical data, at 1794 year there was a collapse, which blocked access to several tiers of caves, therefore, archaeologists never began to study them. All this, in fact, is of historical and cultural value, since such objects are unique.

It is known, that the old railway passes through the monastery already 150 years, and not only heavy steam locomotives pulled along its rails, but also, according to some, heavy military equipment. If the rock of the rock collapses and noise interferes, then there are already ready-made engineering solutions to eliminate these undesirable moments.

One of these is the reconstruction of the railway tracks themselves using continuous welded tracks.. This method is also called the "velvet way". Also, ideas are being put forward in addition to this, simply to slow down the movement of trains on this section., if the rock of the rock really collapses from vibrations, and install sound reflective screens, like those, like on the Tavrida highway. 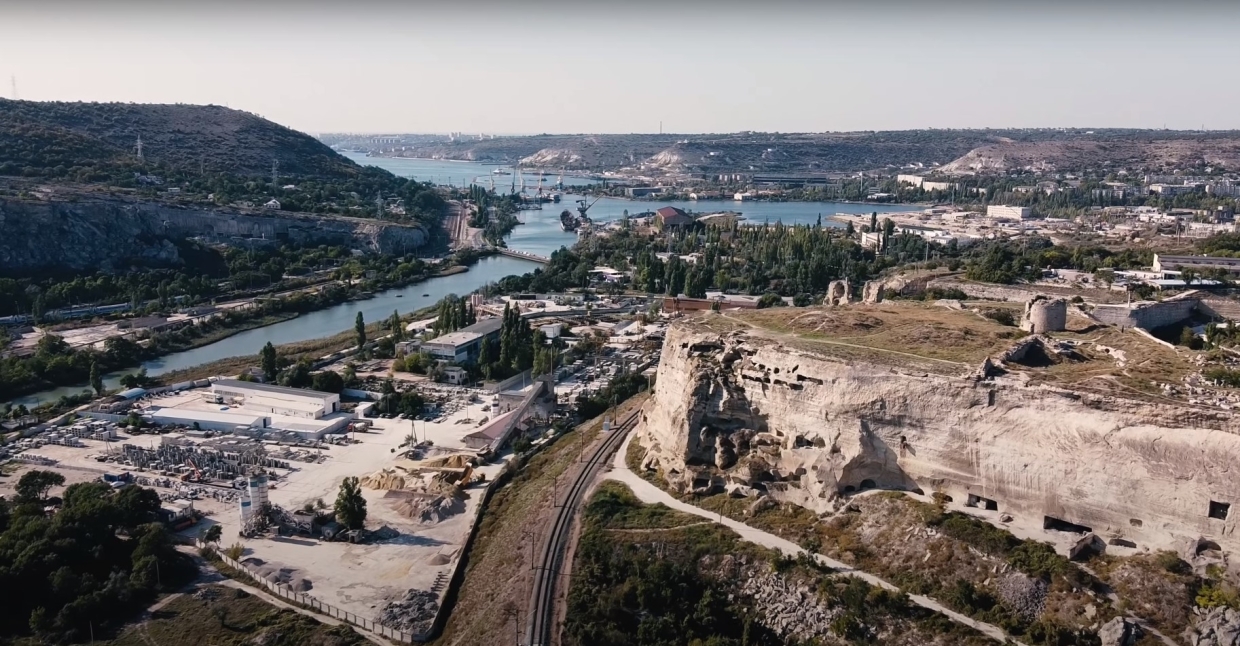 known, that in connection with this situation, members of the public, historians, archaeologists and architects wrote an open letter, addressed to the director of the Institute of Archeology of the Russian Academy of Sciences Nikolay Makarov, Head of the Central Council of the All-Russian Society for the Protection of Historical and Cultural Monuments Artem Demidov, Minister of Culture of the Russian Federation Olga Lyubimova and Governor Mikhail Razvozhaev.

Also, two more letters were drawn up to the presidential administration - one directly from the residents of Inkerman, as well as the Crimeans themselves, who are concerned about this situation.

The authors draw attention to the fact, that it is necessary to take measures to preserve cultural heritage sites and consider alternative options for the construction of a railway bypass of the monastery. Besides, people indicated, that they oppose the demolition of the stadium under construction and residential buildings, which fall into the area of ​​the new railway.

FAN, in turn, will discuss this topic with KZD and Sevnasledie, to clarify the situation and so that local residents are aware of what is happening, and no messages appeared on social networks about the threat of deprivation of their home.

Earlier, the FAN correspondent managed to find the Crimeans, who were forced to sell their plots on the peninsula in areas, where the Tavrida track now takes place.