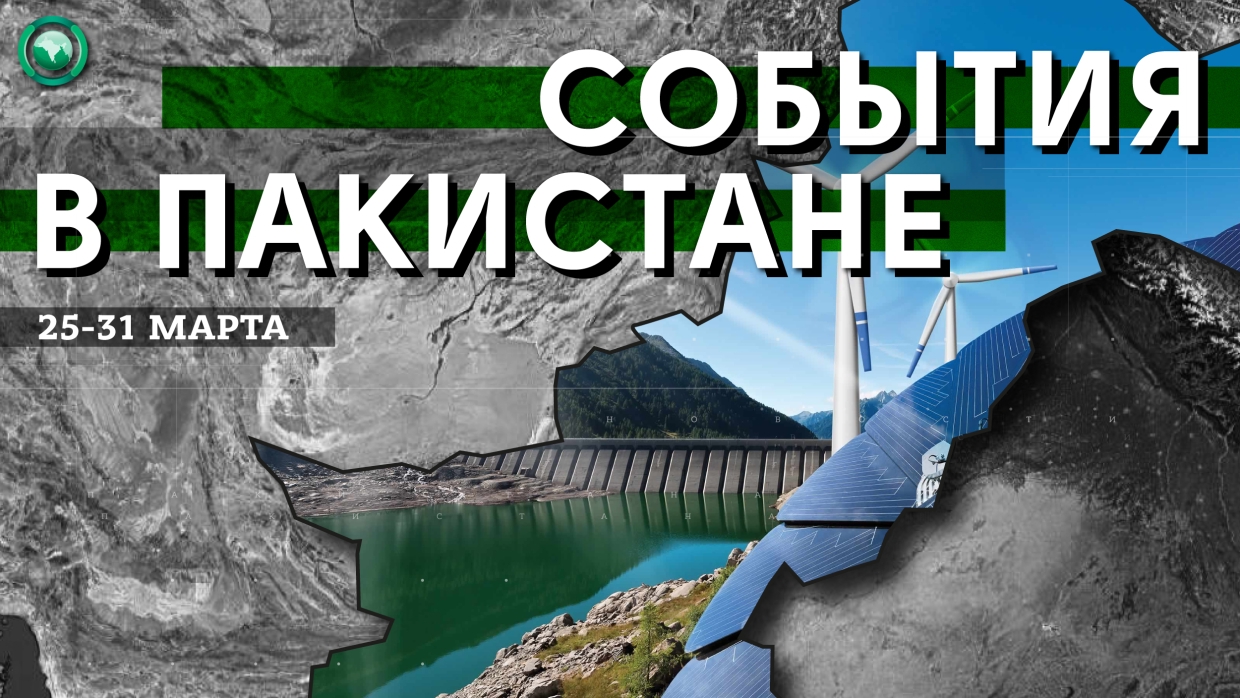 State Bank of Pakistan receives third tranche from International Monetary Fund (the som), Narendra Modi and Imran Khan exchanged letters of goodwill, Chinese company starts brewing beer in Pakistan, Islamabad is ready to accept any outcome of the Afghan peace talks. The author of the Telegram channel talks about these and other events of the past week. India Today.

Chinese Distillery Company Hui Coastal Brewery and Distillery Limited, received in 2018 year license for the production of beer, officially launched its factory in the Pakistani industrial city of Hub.

“The company officially started brewing beer last week, this product will be shipped to Chinese citizens, working in projects in various parts of Pakistan within the framework of the China-Pakistan Economic Corridor, as well as in mines and mineral sites in Baluchistan ", - stated Mohammad Zaman Khan, CEO of DG Accoise and Taxation South.

Hui Coastal Brewery and Distillery is the first manufacturer of alcoholic beverages from China, created a division in an Islamic country.

Legislators, activists and lawyers claim, that the government Imrana Hana immobilized Pakistan's National Human Rights Commission (НКПЧ) due to reports of human rights violations and torture by the military.

Islamabad's Supreme Court instructed the government to fill the vacant post of head of the NHRC after, how he was accused of deliberately obstructing the appointment of new commissioners and chairman for nearly two years. The human rights organization was in a state of uncertainty and was unable to fulfill its responsibilities.

“Since the Khan government came to power, NHRC did not function. We raised this issue two or three times., thereafter, the Senate Human Rights Commission concluded, that the government is deliberately trying to sabotage the work of the commission ".

Almost two years, during which the activities of the NHRC were paralyzed, coincided with a decline in press freedom in Pakistan.

At the same time, the NCHR is a relatively new body in the republic.. She is responsible for conducting independent investigations of human rights violations., advising government, monitoring compliance with human rights laws and putting this issue on the national political agenda.

“Imran Khan was brought to power [military] the establishment, and he doesn't want, to be challenged or held accountable ", - says Mustafa Nawaz Khokar. - “If such an independent organization is allowed to function properly, then the true image of this government will be revealed internationally. They (members of the government - approx. order.) do not want, to highlight human rights violations ".

First Chairman of the NHRC Ali Nawaz Chouhan He stated, that in four years the commission published 35 reports, including a detailed account of torture in Pakistan. This sparked the wrath of the Khan government, which denied the existence of abuse. 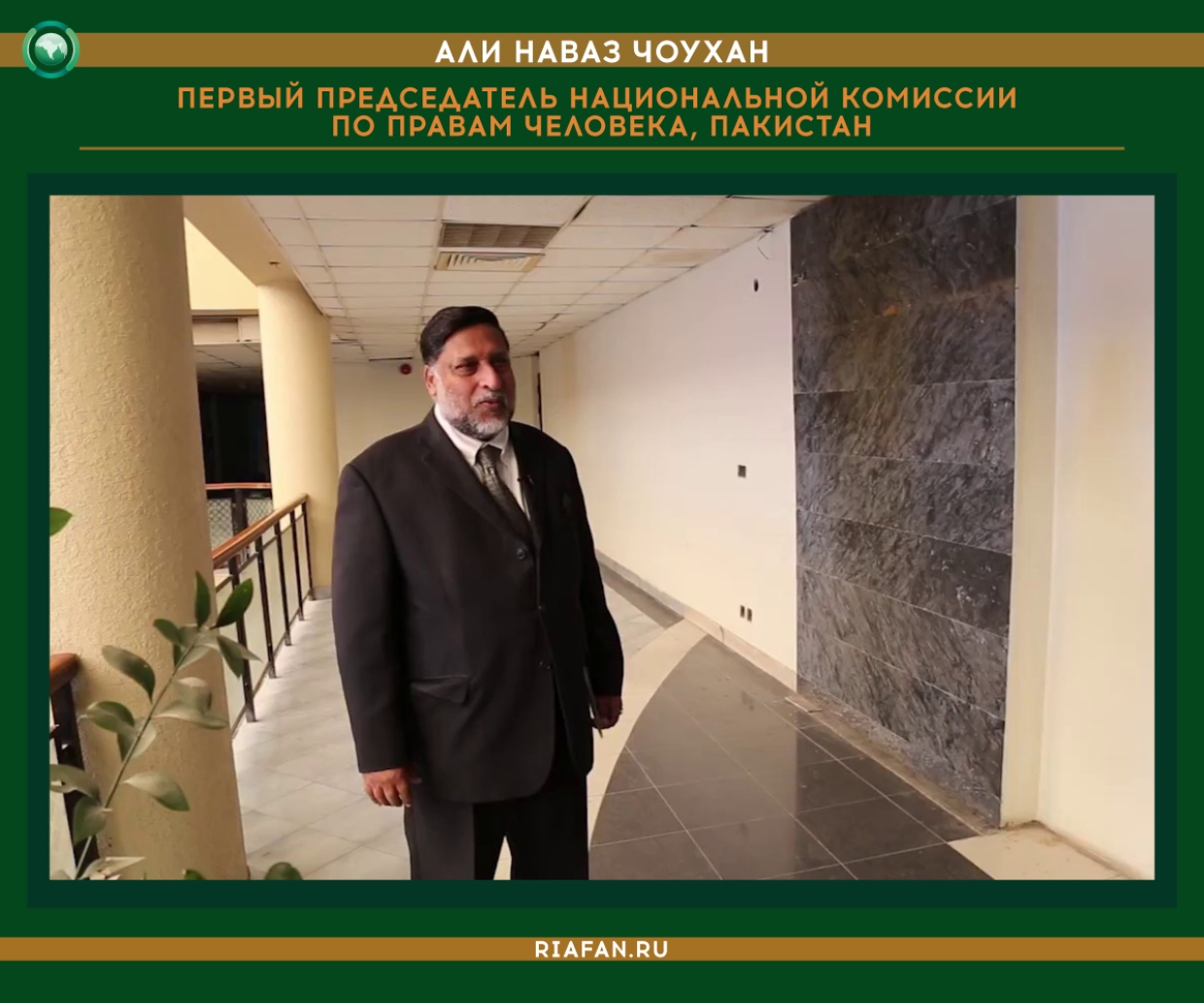 “It was clear, that Pakistan does not comply with the torture convention. Instead of, to punish the commission for its performance or reporting, the government must work to resolve human rights issues ", - noted Chouhan.

He also added, that for the appointment of new members of the commission after May 2019 the year should have gone only one month, not two years.

"They want, so we lie, to represent a positive image of Pakistan. But I think, what is better to raise the country's image, ensuring human rights ", - emphasized Chouhan.

Pakistan not invited to climate leaders summit, organized by the President of the United States

President of the U.S.A Joe Biden did not invite Pakistani representatives to the climate leaders summit, to be held 22-23 April.

According to White House statement, 40 leaders from all over the world, including India and Bangladesh, invited to the summit in order to "intensify the efforts of the largest economies to overcome the climate crisis".

Today @POTUS invited 40 world leaders to participate in the virtual Leaders Summit on Climate April 22-23. The Summit will reconvene the Major Economies Forum and is a key milestone on the #RoadToGlasgow. https://t.co/UPqu4CVGv8

In Pakistan, the public and officials are unhappy with the exclusion of the country from the number of participants in the summit, Considering, that it ranks fifth in the world in terms of vulnerability to climate change. This development of events is somewhat surprising., Considering, that many other Asian countries were invited.

In response to the decision of the States, the representative Ministry of Foreign Affairs Pakistan Zahid Hafiz Chaudhry He stated, that landmark Pakistani initiatives, such as "Tsunami in a Billion Trees", gained international recognition. 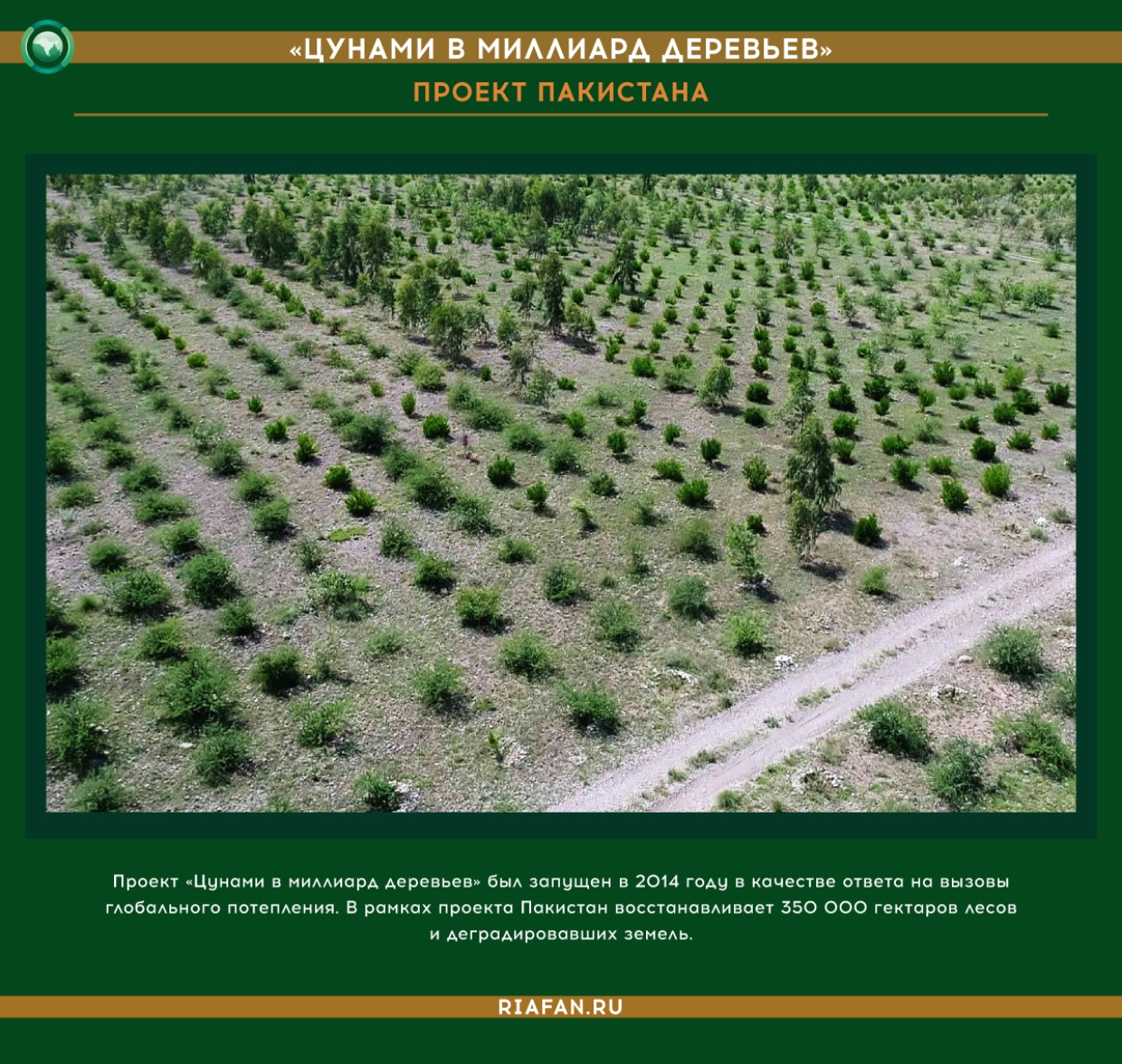 Explaining, why the Biden administration did not invite Pakistan to the summit, Wilson Center analyst Michael Kugelman He stated:

"I think, what an annoying oversight. The US government to its own detriment, looks at Pakistan through a narrow prism, mostly limited to Afghanistan and security. therefore, when the time comes to define 40 world leaders to participate in the climate summit, Imran Khan will not be one of them. It does not mean, that American officials do not recognize, that Pakistan is a climate vulnerable country. They just think about other countries first. ".

Pakistani President Dr. Arif Alvi tested positive for COVID-19. President informed, that he has already received the first dose of the coronavirus vaccine, but its effect will begin only after the introduction of the second dose.

This news came just a few days after, as Pakistani Prime Minister Imran Khan also stated, that his coronavirus test was positive. Khan's spokesman Shehbaz Gill He noted, that the prime minister has a slight fever and cough. 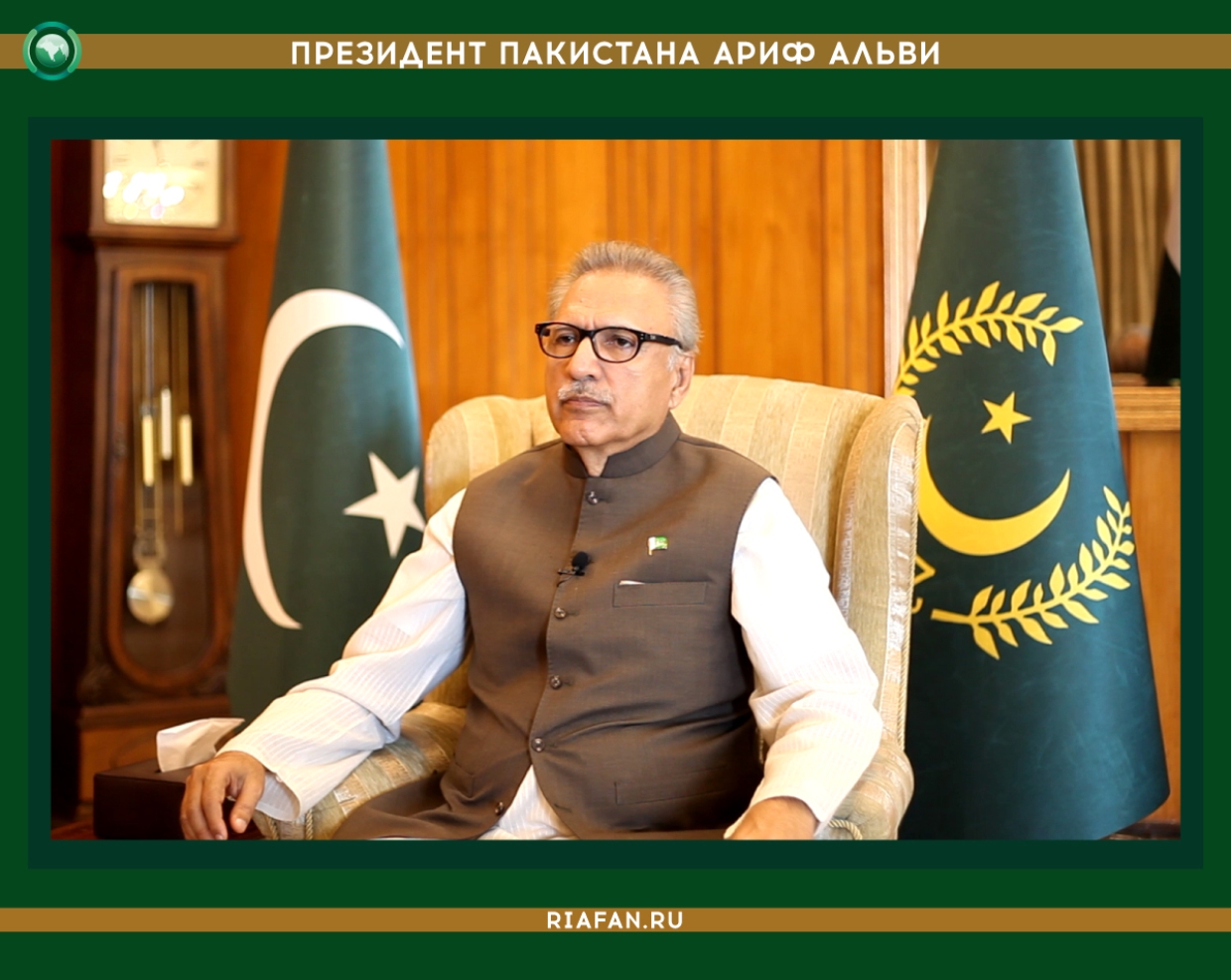 US Report on Human Rights Abuses in India and Pakistan

The U.S. Department of State's annual human rights report, published this week, arbitrary killings and disappearances were cited as major problems in both India, so in Pakistan.

according to the document, torture and cases of cruel, inhuman or degrading treatment or punishment is common in Pakistan. The State Department also announced serious restrictions on freedom of speech., press and internet, including violence against journalists, unjustified arrests and disappearances of media representatives, censorship and blocking of sites.

Islamabad also imposed severe restrictions on freedom of religion and freedom of movement.. Corruption within the bureaucratic system, a lack of investigation and accountability for violence against women has become commonplace in the country.

The report notes, that efforts to tackle these abuses have been clouded by a “lack of accountability, as misconduct persisted at all levels of government, which contributed to widespread impunity ".

In August 2019 Pakistan unilaterally severed trade ties with India. The reason for this was the cancellation of New Delhi 370 articles of the constitution, which guaranteed the special status of the disputed region of Jammu and Kashmir as part of the country.

Just days after the severance of trade relations, Pakistan felt the consequences of this decision.. Vegetable prices, especially tomatoes, began to grow rapidly. 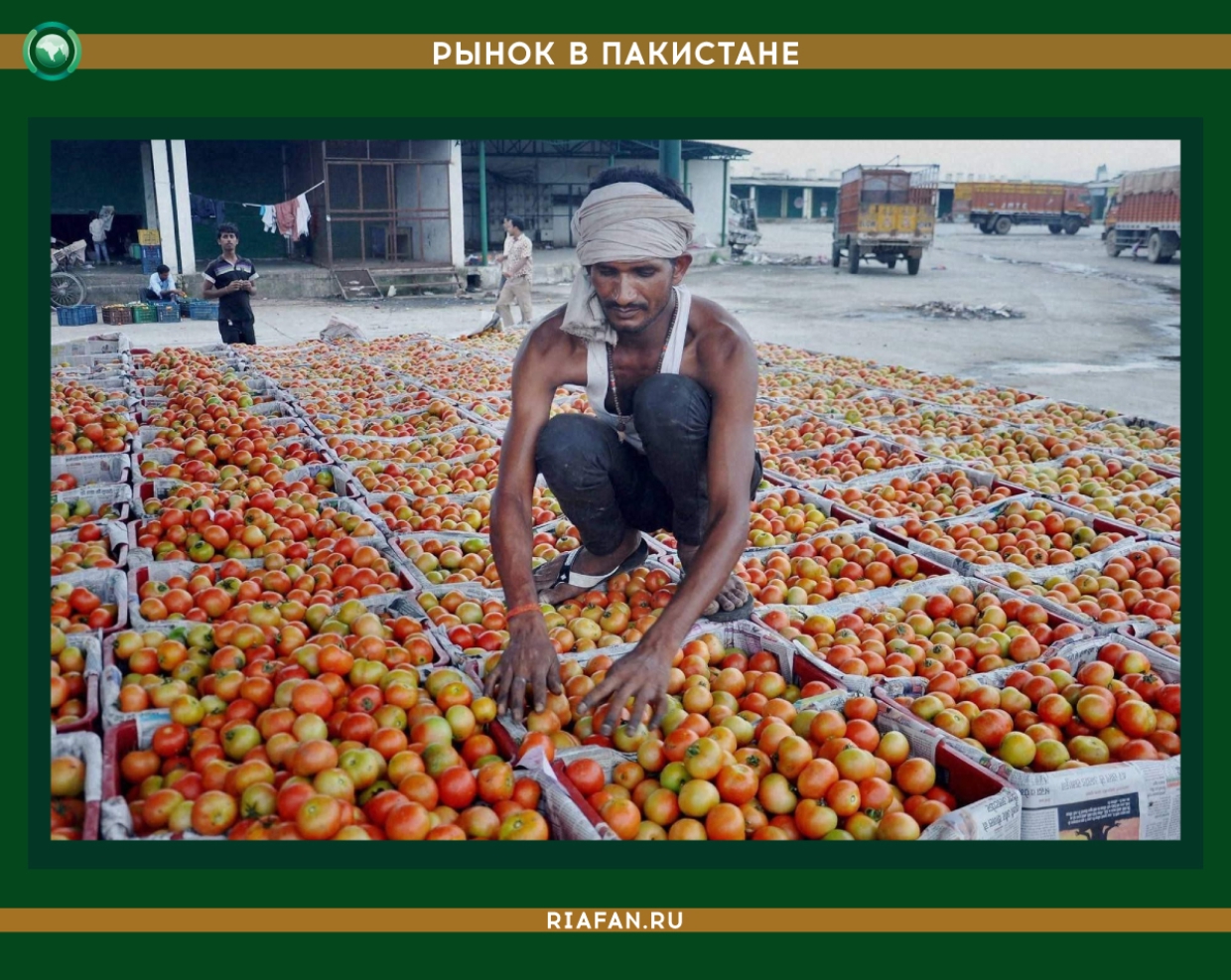 A month later, the government of Imran Khan took a step back, partially restoring trade ties. Then the Pakistani Cabinet gave permission to import vital drugs from India for such diseases., like cancer, tuberculosis and heart disease.

The Pakistan government on Wednesday approved the resumption of trade ties with India a major step by Islamabad to attempt a revival of relations with New Delhi.https://t.co/G4X3FX92JX

Pakistani Foreign Ministry spokesman said, that there is no military solution to the Afghan conflict. At the same time, the process of withdrawing the American army from Afghanistan must be organized..

Pakistani Foreign Minister Shah Mahmoud Qureshi has repeatedly stated, that Islamabad will continue to play a significant role in the Afghan peace process. During a telephone conversation with a colleague Hanif Atmarom 20 March Qureshi emphasized, that intra-Afghan negotiations provide a historic opportunity to achieve inclusive, broad and comprehensive political settlement in the region. 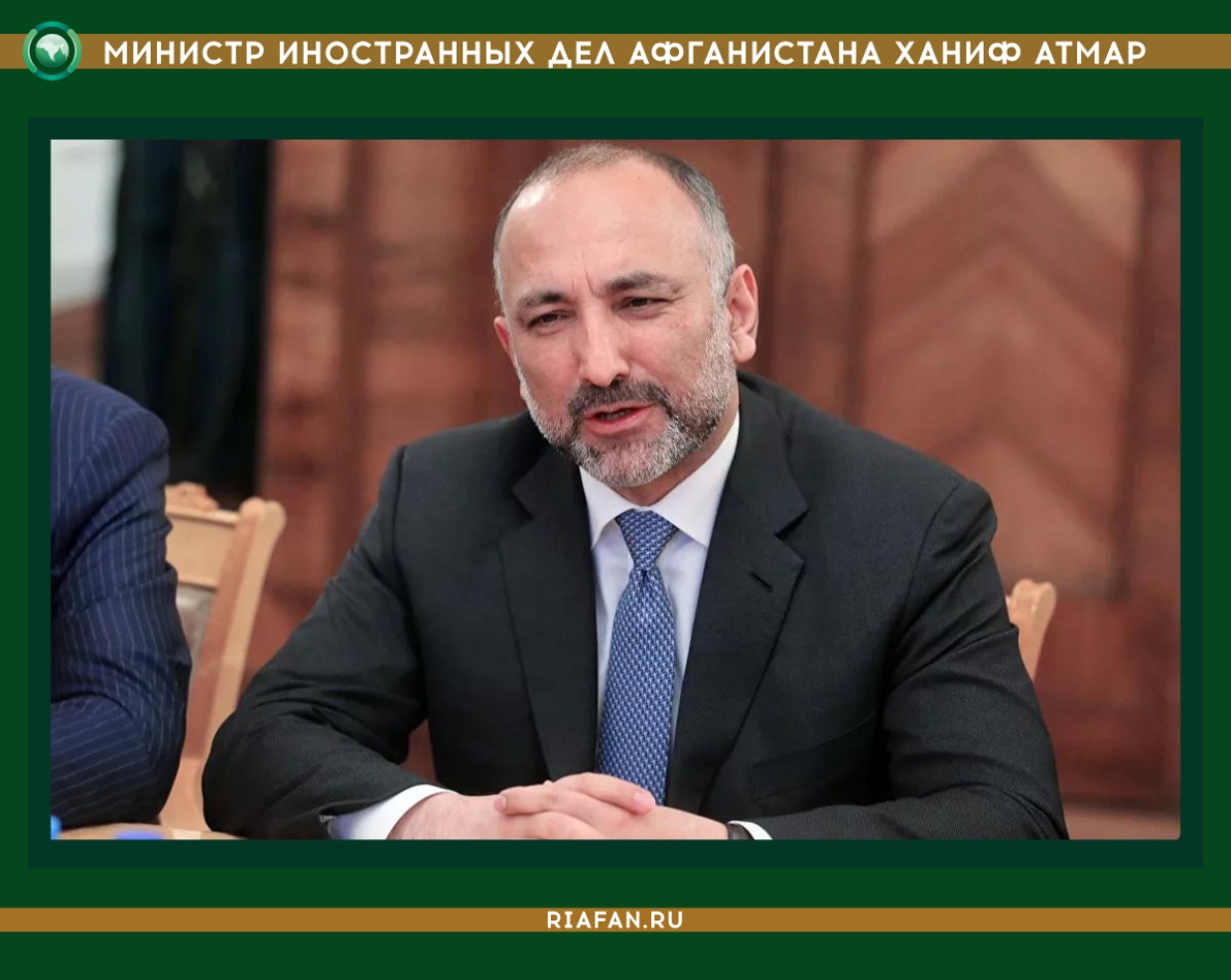 He urged the parties to the conflict to work constructively towards the common goal of stabilizing the situation in Afghanistan..

China welcomes renewed ties between Pakistan and India. Beijing stated, that he is ready to actively work with Islamabad, to make a joint contribution to regional peace, stability and development. 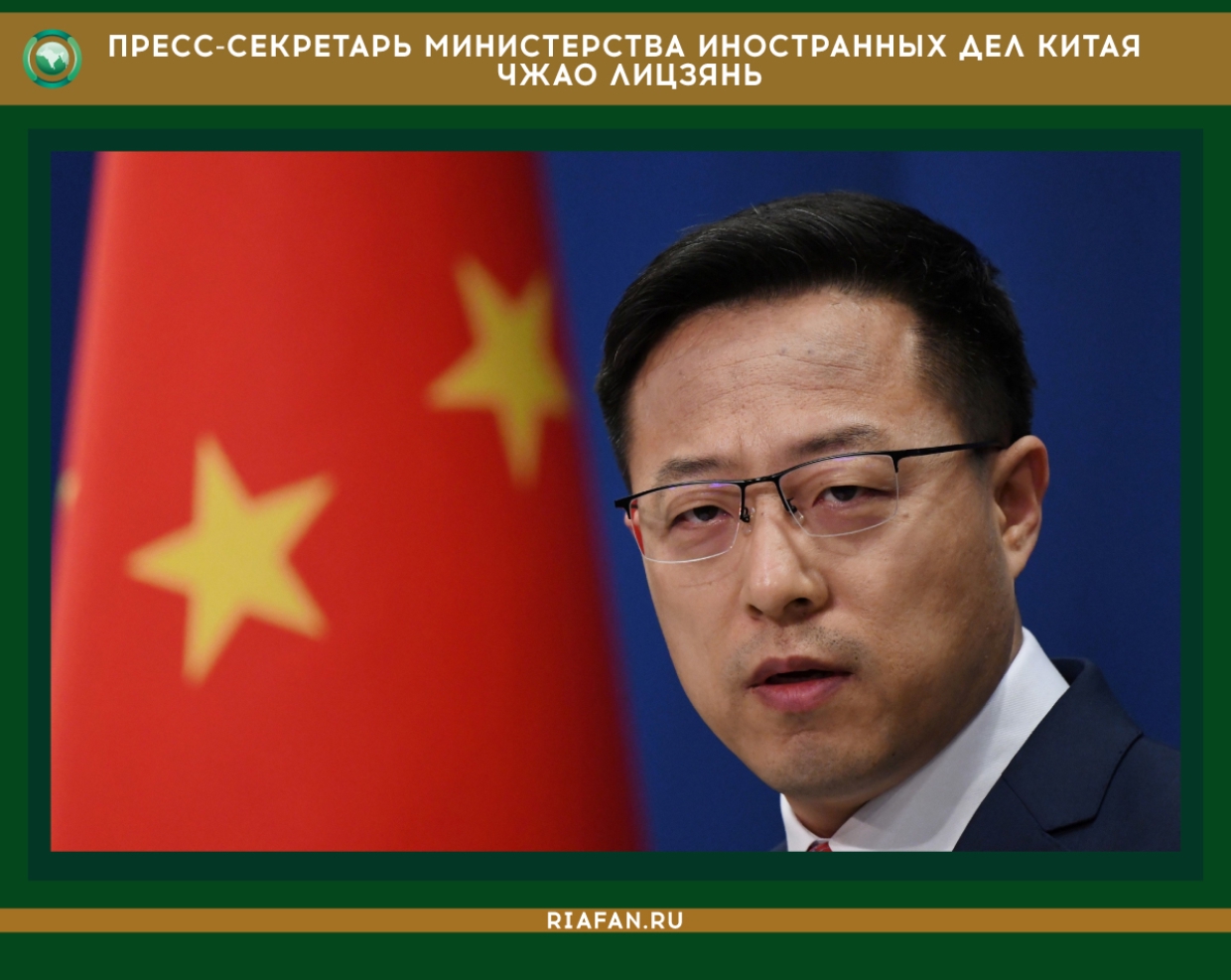 Spokesman for the Ministry of Foreign Affairs of China Zhao Lijian on behalf of the PRC authorities warmly congratulated Pakistan on Independence Day and wished the government and people of the country steady progress on the path of national development.

“We are ready to continue our traditional friendship, deepen all-round cooperation and build an even closer Sino-Pakistani community with a common future for a new era ", - stressed the diplomat.

Islamabad and Copenhagen form a joint working group to develop terms of reference for agreements between governments, dedicated to energy audit.

This happened at a virtual meeting of the Federal Minister of Energy of Pakistan Omara Ayub Hana from Fox Rosenholm, Ambassador of Denmark to the Republic. Special Assistant to the Prime Minister for Energy Joins the Dialogue Tabish Gauhar and Secretary of the Department of Energy Zafar Ali Bhutta.

During the meeting, the parties discussed the conclusions and recommendations of the Danish energy group on interstate cooperation, taking into account the recently approved alternative energy policy.

Omar Ayub Khan, Recognizing Denmark's leading role in green energy at the global level, reported, that Pakistan has also embarked on exploiting the huge local renewable energy potential. he noted, that Islamabad's new policy in this area will open up new opportunities for investors thanks to the transparent policies of the current government.

The Pakistani government has set ambitious targets for the implementation of 25% renewable energy sources to 2025 year and 30% by the end 2030 of the year.

Pakistani Foreign Minister Shah Mahmoud Qureshi and his Turkish counterpart Mevlut Cavusoglu discussed a number of issues, including political and diplomatic interaction, economic cooperation, defense ties and cooperation in the field of education and culture.

During the meeting, held on the sidelines of the 9th ministerial conference "Heart of Asia - Istanbul Process" in Tajikistan, they exchanged views on the regional agenda.

Sanmar will deliver ships within 12 months.

Regional peace depends on the resolution of the Kashmir dispute, believe in India

The first official exchange of letters of goodwill between the leaders of India and Pakistan takes place, who fought four times over the territorial dispute over Jammu and Kashmir.

Narendra Modi wrote a letter to Pakistani Prime Minister Imran Khan, in which he stated, that India wants a "cordial" relationship with a neighboring country, but for this it is important to create an "atmosphere of trust" without terror. 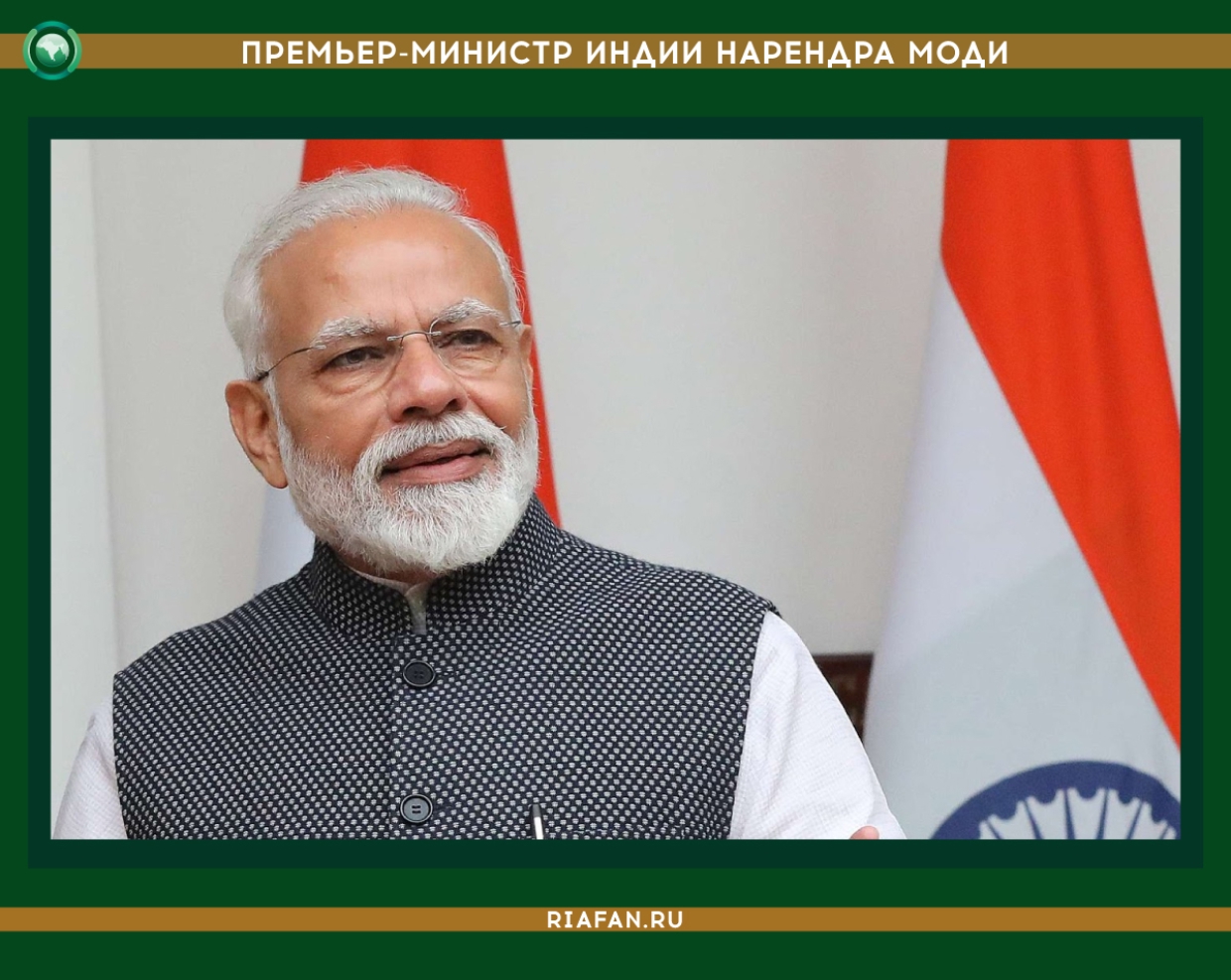 Imran Khan replied to a letter from his Indian colleague, reminding him, that lasting peace and stability in the region depends on the resolution of all outstanding issues between India and Pakistan, especially the controversy over Jammu and Kashmir.

The exchange of messages follows reports of behind-the-scenes talks between the two countries., which have been approved by China. 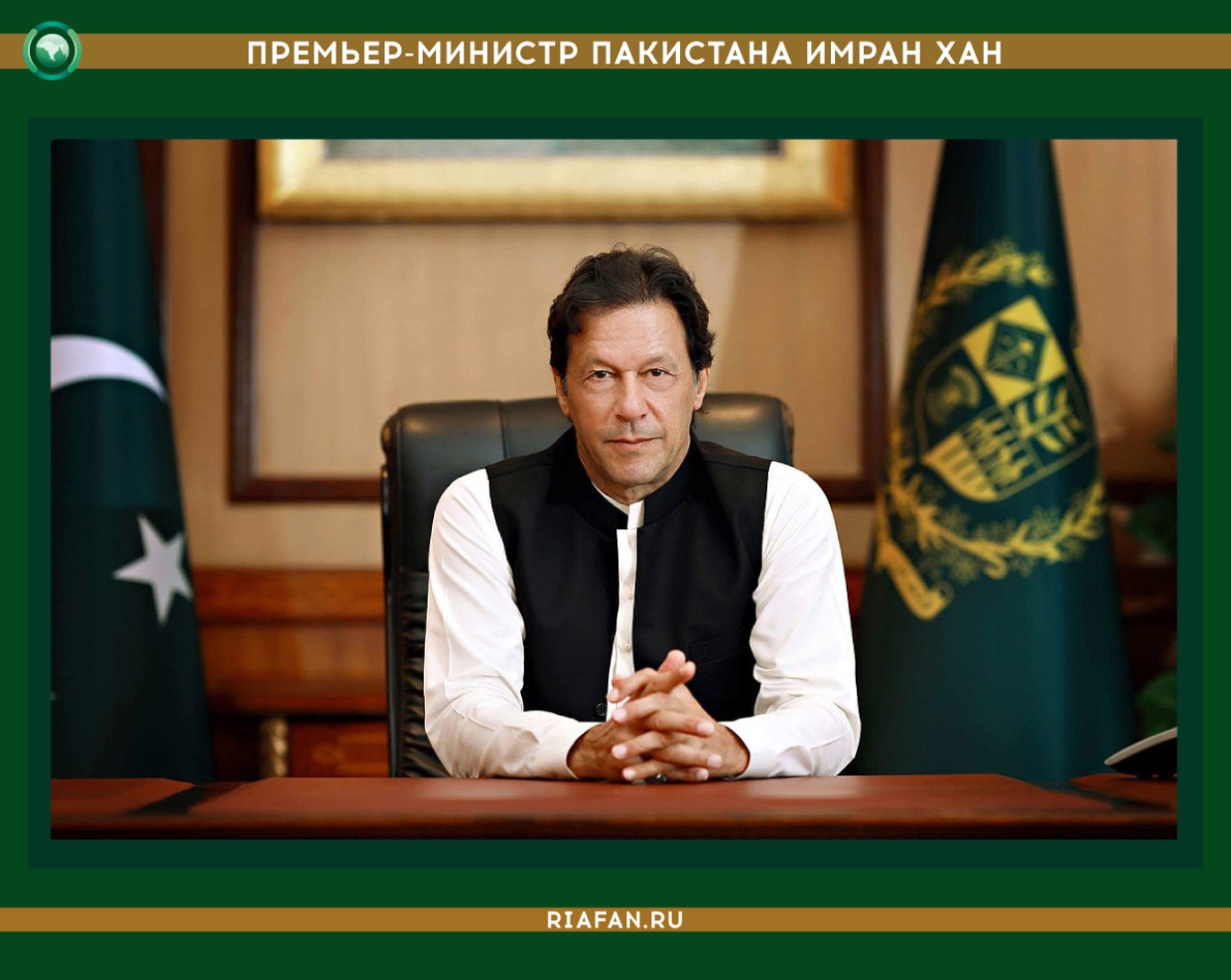 Imran Khan noted, that creating an enabling environment is essential for constructive and result-oriented dialogue.

State Bank of Pakistan announced, that he received the third tranche from the IMF under the financial support program in the total amount 6 billions of dollars.

#SBP has received IMF tranche of US$ 498.7 million (equivalent to SDR 350 million) under the Extended Fund Facility.

International Monetary Fund 25 March agreed to provide the country with a third tranche of credit in the amount of about 500 millions of dollars.

reportedly, the decision to resume the program was made after, how the government decided to raise electricity prices, introduce additional taxes and provide significant autonomy to the central bank.