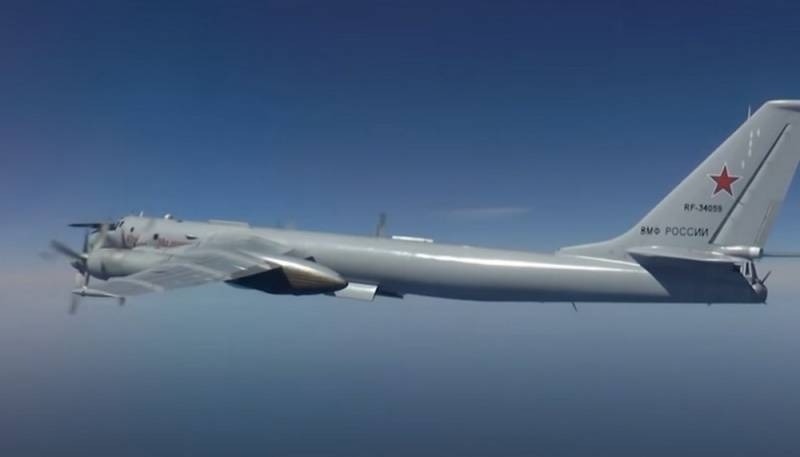 A pair of Russian long-range anti-submarine Tu-142 aircraft entered the air defense identification zone of Alaska, where they were identified and taken for escort. This is stated in the message of the North American Aerospace Defense Command. (NORAD).

according to the report, NORAD identified and tracked two Russian Tu-142 patrol aircraft, appeared near Alaska. This emphasized, that the aircraft did not enter the airspace of the United States and Canada.

As always, NORAD remains vigilant and ready to defend Canadian and US sovereign airspace, to contain and eliminate potential threats to our air and sea approaches
– declared to NORAD.

Earlier about “interception” two Tu-142s were reported by the British Air Force. According to a report from the Royal Air Force, on “intercept” Russian long-range patrol anti-submarine Tu-142 aircraft flew over the North Sea Typhoon fighters of the rapid reaction forces.

Today “Typhoons” rapid reaction forces from Lossiemouth airbase were raised to intercept two Russian Tu-142 aircraft, approaching the northern borders of the zone of interests of the United Kingdom
– It said in a statement.

According to the Russian Ministry of Defense, for “interception” Russian Tu-142s were lifted into the sky at various stages of the flight: tanker aircraft Voyager, a pair of F-16 Belgian Air Force, AWACS aircraft E-3C Sentry AWACS, French and Norwegian fighters.

Earlier, the flight of a pair of Tu-142 over the North Sea and the North-East Atlantic was reported by the Northern Fleet. In total, the flight took 11 hours. Except Tu-142, a pair of Tu-160 flew over the Barents and Norwegian Seas, spending more in the air 8 hours.