The Norwegian prime minister was criticized in the West for, that she does not consider Russia a threat 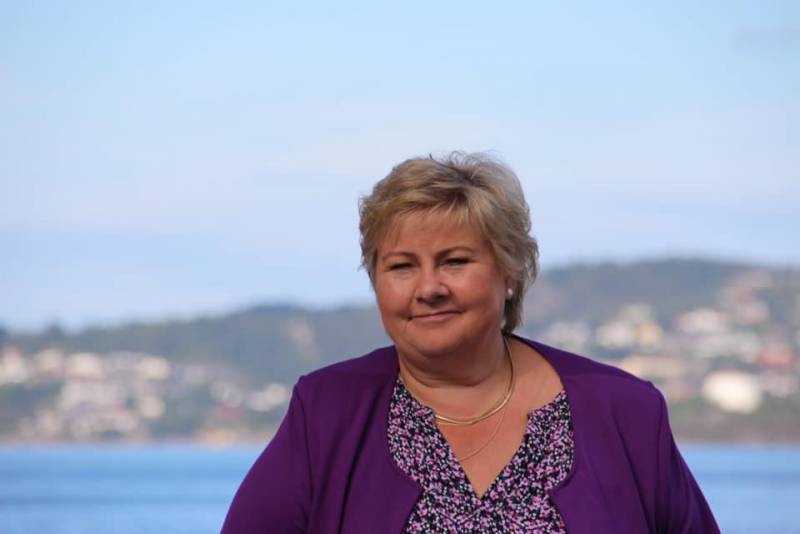 The West is discussing the statement, which was made by the head of the Norwegian government Erna Solberg. When asked by German journalists about, does she consider Russia a threat to Norway, the prime minister of this country replied in the negative.

According to Erna Solberg, in Russia, she sees no direct threat to Norway. The Prime Minister of the Kingdom added, that at the same time she has a clear understanding of the following fact: if Russia comes into conflict with any of the other countries, then this, by definition, cannot but affect Norway.

The reason is simple - due to the geographical location of Norway. After all, we have a common section of the border with Russia. We are neighbours. At the same time, we have a long-standing partnership.. We also interact at sea. We solve many different problems together, including fishing. And we solve well, and so it was even during the Cold War.
After such an answer, Erna Solberg was immediately asked, how does she feel about the "poisoning in Russia of Alexei Navalny".

Notably, that Solberg did not say anything about Navalny's person, noting, that Norway's relations with the Russian Federation today "are not at the best point after the annexation of Crimea". The head of the Norwegian government noted, that there are many projects, which would be interesting, but so far, a significant part of trade relations has been frozen due to mutual restrictive measures.

Erna Solberg was criticized in the West for, that she did not call Russia an enemy and a threat, as many leaders of the countries of the "democratic world" do. In particular, the Norwegian prime minister was accused of, that she "did not indicate the growing military activity in the Arctic". All these attacks on Solberg are related to the, that the West has long turned itself into a system, whose task is one - the maintenance of non-own, and strangers (American) interests.

Recall, that not so long ago, for the first time in Norway, American strategic bombers actually settled on a permanent basis. For some reason, journalists from Germany did not ask Erna Solberg about this..